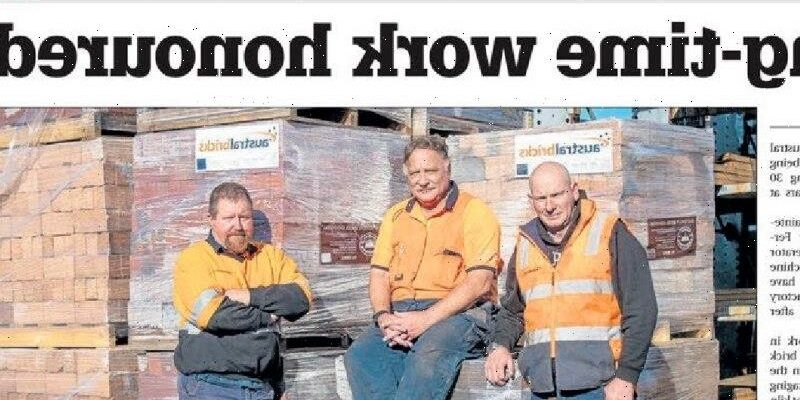 The federal health department has referred Liberal election campaign adverts using its website to attack Labor to the Australian Electoral Commission as the major parties accuse each other of misappropriating official materials. 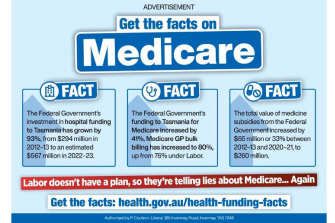 In the letter, Butler raised concerns that Liberal newspaper and social media advertisements linking to the department-hosted website suggested that it “substantiates the Liberal Party’s dishonest political attacks”.

But Health Minister Greg Hunt hit back, saying the Liberal ads did not break any rules and pointing to examples of Labor using the Medicare and National Disability Insurance Scheme logos in its campaign materials.

“The advertisement uses a similar – or possibly the same – shade of blue that is often used by the Department of Health, and the only reference to the Liberal Party is in the small authorisation at the bottom of the ad.”

A departmental spokesperson said the matter “has been referred to the Australian Electoral Commission for their consideration and assessment.”

In a letter to Butler responding to his concerns and seen by this publication, Health Minister Greg Hunt said the Liberal Party “has been careful not to use the colours of the Health Department or the Medicare logo … in stark contrast to Labor, which consistently uses the Medicare and NDIS logos in their material.”

Earlier this month, Labor refused to remove the NDIS logo from its materials – arguing it is not trademarked and insisting the party is not attempting to deceive voters – after the federal agency that runs the scheme demanded it cease doing so. 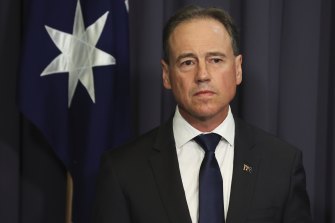 The Opposition also uses the Medicare logo in its campaign materials.

Hunt, who is retiring after the election, said in his letter that the Coalition had drawn on publicly available, factual information “to help inform public debate”.

“It is very disappointing that you are willing to disparage the good work of the Department of Health,” he wrote.

Butler also queried whether the timing of the website’s publication breached caretaker conventions, noting it had been updated on April 11, the first day of the caretaker period.

“This could create the impression that the website was set up or updated for the purpose of promoting the Morrison Government’s record during an election period,” he wrote.

Former health department secretary Dr Stephen Duckett said bureaucrats must be “scrupulously careful” to ensure their communications during caretaker periods could not be interpreted as endorsing one side of politics, to comply with consitutional conventions.

“It relies on the integrity of bureaucrats and politicians during the campaign,” he said.

Duckett said the website detailing “all the wonderful things we have done” could be problematic if it was published during the caretaker period, even if factual.

Caretaker convention guidelines published by the Department of Prime Minister and Cabinet say agency websites may retain material uploaded before the caretaker period, but not “recent ministerial statements that include negative references to the Opposition.”

“Agencies should check the wording of any icons and links on their websites to ensure that they cannot be interpreted as promoting Government policy,” the guidelines say. 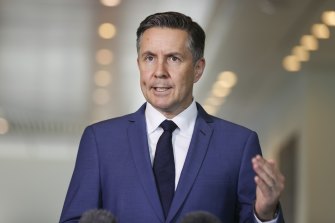 The department said the Health Funding Facts web page, created ahead of the 2019 election, “is updated periodically” with details of federal health spending.

The last major update, just before caretaker mode on April 10, reflected the 2022-23 federal budget and mid-year economic and fiscal outlook.

On April 11, a minor change was made to correct an error in which the landing page referenced the 2021-22 budget.

“The Department takes the Caretaker Conventions seriously and applies them as intended,” the spokesperson said.