When HBO's much-anticipated horror series Lovecraft Country is released next week the extent to which the genre has moved from the margins to the mainstream will be plain for all to see.

Horror is typically the realm of low budgets, but the production values on this lavish period drama are sky-high, as series creator Misha Green – who was also responsible for the slavery-era drama Underground – revealed last week.

"I think one episode of this show was [the same cost as] maybe five of Underground," Green said. 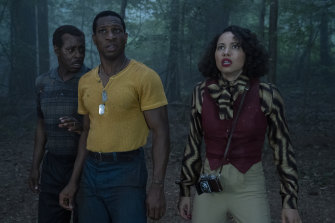 The VFX and special effects companies involved in the show, which will debut on Foxtel and its new streaming platform Binge, are "some of the biggest" in the world, she added. "They make Star Wars movies. There's no limits other than my imagination, which is fantastic."

A decade ago, horror films accounted for just under 4 per cent of the North American box office. In 2017, they took more than $US1 billion (about 9.5 per cent of the total) for the first time.

The numbers bounce around – last year, horror was worth $US901 million (7.5 per cent) – but there's little doubt this is a golden age for the genre. 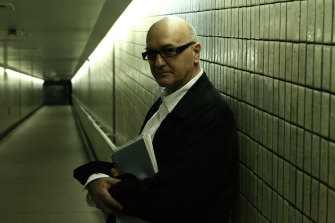 "Like everything else in the film industry, it's subject to the cyclical nature of people's tastes, and fads," says Chris Brown, the Gold Coast-based producer who recently announced plans for a slate of low-budget locally made horror films under the Monsters in Paradise banner. "But genre never goes away, it never gets any less, it's just faded down and faded up."

In trying to understand why it has been faded up during the past few years, Brown suggests we need look no further than the "disturbance in the Force" we have witnessed in political leadership worldwide.

"The landscape has become so extreme and bizarre that people are looking for some way of exploring the dysfunctionality of politics, particularly in America," Brown says. "It's almost a horror scenario in itself."

There's plenty of old-school ghouls and jump shocks among the current wave of horror, but some of the most interesting work focuses, more or less explicitly, on questions of race. It's there in TV's long-running The Walking Dead and its spin-offs, and it's absolutely front and centre in the work of Jordan Peele, whose Monkey Paw production company is behind Get Out, Us, the Amazon series Hunters, and the re-imagined Twilight Zone.

Peele is also one of the main producers of Lovecraft Country (alongside JJ Abrams), and the series sits right within his wheelhouse. Among the many horrors the African-American central characters stare down, none is quite so terrifying as the racism they encounter (this being 1950s America, it is both overt and subtle). 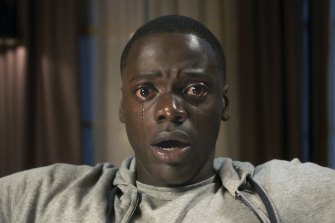 Daniel Kaluuya in a scene from Jordan Peele’s satirical horror Get Out. Credit:AP

Dr Glen Donnar, senior lecturer in media at RMIT, is yet to see Lovecraft Country but suggests it likely belongs among the "numerous films and series that interrogate the unfulfilled promise of the Obama era".

"The emergence of the Black Lives Matter movement – and its global resurgence in the wake of George Floyd's killing – and the realities of the Trump presidency not only add to the allegorical power of these stories but highlight the shameful persistence of the horrors they present," Dr Donnar said.

The significance of Peele's 2017 film Get Out to the emergence of a more overtly politicised take on horror – which also includes the forthcoming slavery-focused Antebellum and the remake of the housing projects-set Candyman – can hardly be overstated. As academic and writer Robin R. Means Coleman wrote for The Conversation last year, "Peele has shown that the genre can be a daring, unflinching examination of politics, class and race".

For Dr Donnar, the key aspect of Peele's approach is that it seeks to "turn the dominance of white America and the myths it tells (about) itself against itself, and show each as equally monstrous".

And for Peele himself, the genre offers the promise of catharsis from the realities of a world that contains more than its share of everyday, real-life horror.

"When I think about the fears we deal with, I think that anything we suppress as people, anything we push down and hold deep, is going to explode," he said in the 2019 documentary Horror Noire. "It's going to come out in a nasty way if it's held onto long enough. So I think we need these valves for our fears."