HAYS Travel has agreed to buy all 555 Thomas Cook stores, saving up to 2,500 jobs that were lost when the travel group collapsed. 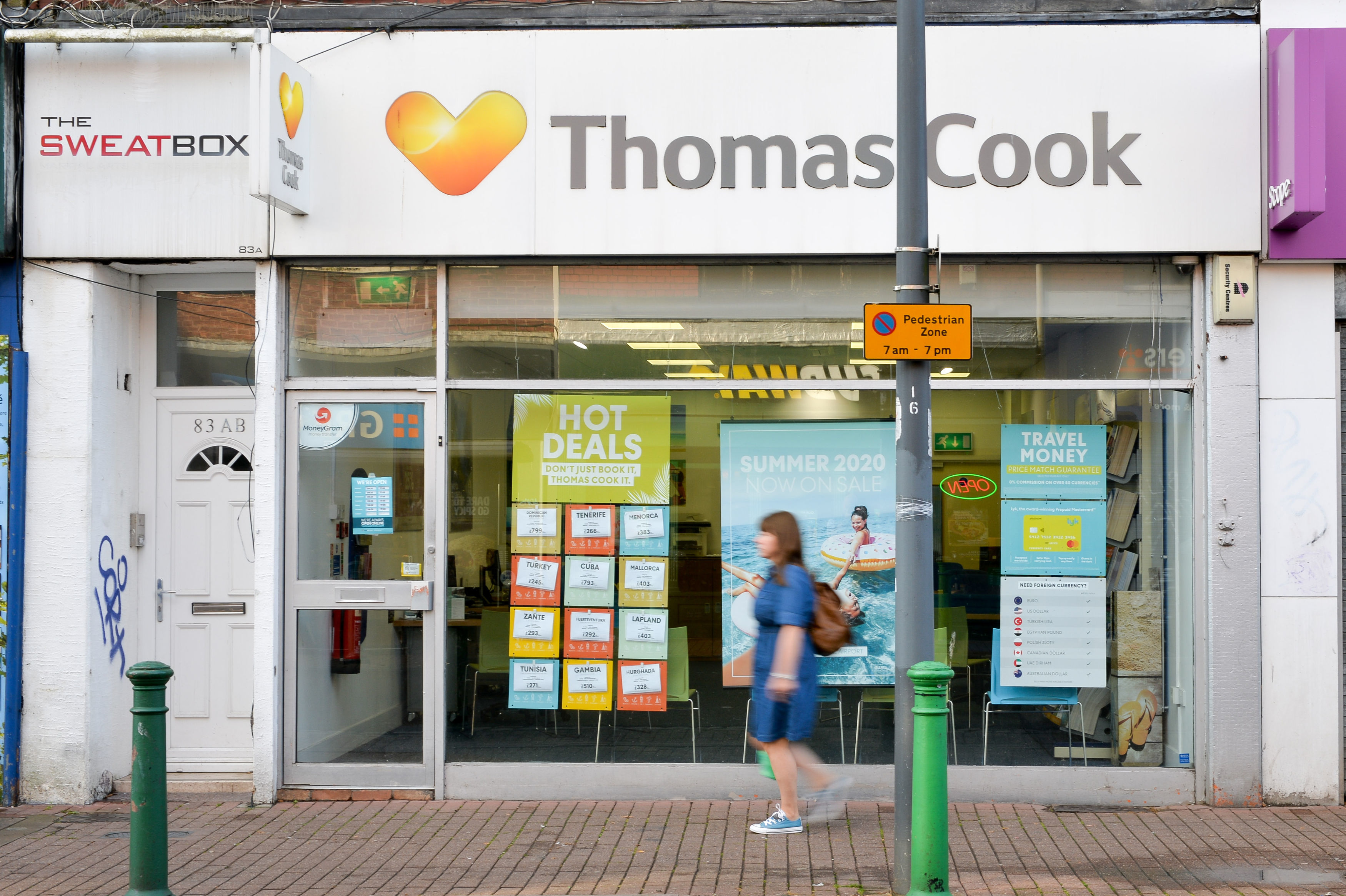 But now thousands of these employees have now been offered a lifeline after it was confirmed a "significant number" of ex-Thomas Cook staff will be offered new jobs.

The travel company added that it plans to reopen all the shops with immediate effect.

Hays, which is headquartered in Sunderland and has been operating for 40 years, currently has  190 shops across the UK.

SOME Thomas Cook employees have already been told that they are being made redundant, although that number is expected to increase.

A handful of staff are being kept on to assist the Civil Aviation Authority (CAA) in getting Thomas Cook holidaymakers home and to help wind up the shops’ operations.

Employees who have been made redundant will not be paid their September paycheck because the company is in liquidation.

Former staff will have to apply for their wages owed from the Redundancy Payment Service (RPS).

This is a scheme run by the Insolvency Service, an agency of the Department for Business, Energy and Industrial Strategy, that deals with companies that stop trading due to financial difficulties.

You can apply as long as you were working for the company with an employment contract and you live in England, Scotland and Wales.

But the amount you may receive is capped at £525 a week, meaning that you won’t be paid all of what you’re owed if your salary is more.

As well as unpaid wages, you can also apply for accrued holiday pay, redundancy payouts, and compensation for not being able to work your notice period, called statutory notice pay.

Each application is treated separately and also capped at £525 a week.

The agency aims to pay you your wages within 14 days of receiving your application, or sooner if possible.

Staff based in Northern Ireland can find out more about their rights here.

Employees of Thomas Cook's airlines and tour operator companies are encouraged to speak to administrators AlixPartners, while retail and aircraft maintenance staff should speak to KPMG to make a claim via its dedicated website or email [email protected]

The government has a dedicated web page for more information for Thomas Cook passengers and staff.

It uses other tour operators to sell holidays to customers including Jet2holidays and TUI.

Thomas Cook is now in the hands of the Official Receiver who are in charge of dealing with the insolvency process.

David Chapman, the official receiver of Thomas Cook, said: "This represents an important step in the liquidation process, as we seek to realise the company's assets.

We look forward to working with many of them."

Thomas Cook ceased trading with immediate effect on September 23 after the travel firm was unable to pay £200million to its creditors.

Last month we reported how axed Thomas Cook staff have been lined up for new jobs at BA, easyJet, Flybe, Tui and Virgin.

Employees who have lost their jobs are advised to make a claim to the Insolvency Service’s Redundancy Payments Service for arrears of wages.

More information can be found on the GOV.uk website.

It comes after The Sun revealed how Thomas Cook cabin crew have been struggling to pay their rent and bills after their final wages aren’t paid.

While Thomas Cook boss Peter Frankhauser hit back at claims he is a fat cat – despite trousering £8.3million from the collapsed travel firm.

Which? has more advice on what to do as a result of the Thomas Cook collapse.