It’s been weeks since Grey’s Anatomy last was on the air, leaving most of the main characters trapped in various elevators around Grey Sloan Memorial Hospital. The next episode, "Shelter From the Storm," doesn’t return for another week. But even without the series on the air, ABC is banking on the show’s numbers once it returns. The network has upped the episode count order for the year, which means Grey’s Anatomy Season 15 will have 25 episodes by the time all is said and done. But fans are worried those extra episodes mean a very big tragedy will strike.

The trend in TV right now is to reduce the number of episodes per season, as networks attempt to make shows more bingeable and more able to be pushed around in the schedule, not unlike high-end cable series like Game of Thrones, or Netflix series like Stranger Things. But where NBC is giving shows 16 or 18 episode orders (for shows like Manifest and This Is Us respectively) and calling it a season.

Shondaland is having none of it. Grey’s Anatomy is an old-school medical drama, and they run an old-school style ship. And if their ending needs more episodes, by god, it will have them.

Grey’s Anatomy running 25 episodes for Season 15 means it is now tied with Season 3 for the second-longest season to date. (The longest was Season 2 with 27 episodes, but four of those were held over from Season 1, which was a mid-season starter.) It’s a bit of an eyebrow raiser for a show this long in the tooth to be tying the record with a season that aired over a decade ago, but most shows in their 15th year aren’t still the number one show for their network either. Grey’s Anatomy, on the other hand, is currently ranked at Number 1 for the 2018 half of the season, the second year in a row it’s been at the top of the pile. 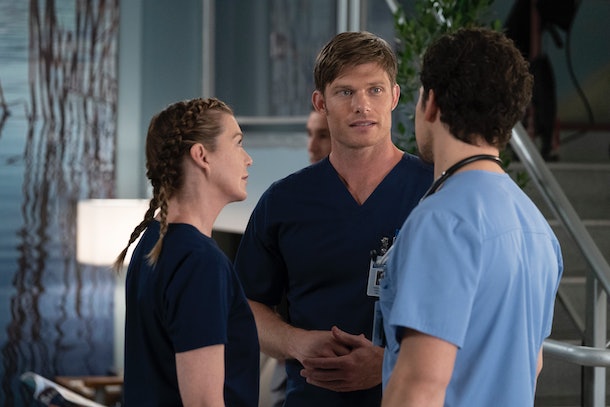 Grey’s Anatomy will also surpass the 331 episode mark this coming spring. When it does, it will beat out ER as the longest-running medical drama on TV in the U.S.* ER ran for 300 episodes from 1994-2009.

(*Casualty, the BBC’s long-running medical soap opera, has been airing in the UK since 1986. The BBC celebrated 1,000 episodes in 2016. Grey’s Anatomy probably has this filed under "Goals.")

Even though 331 episodes is an odd number, Grey’s Anatomy is planning to air a special event to mark the occasion. Just to thumb their nose at everyone, it’s going to be an episode with zero medical storylines. Hey, if you’ve got it, flaunt it.