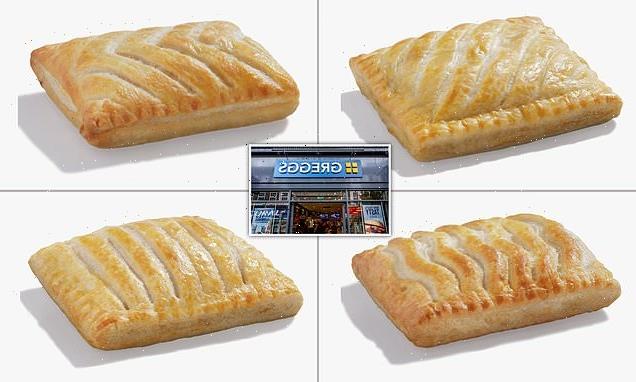 Greggs manager reveals brand’s pasties have ‘secret’ markings to tell them apart – so can YOU spot a Steak Bake from a Sausage and Bean melt?

A former Greggs manager has revealed the brand’s pasties have ‘secret’ marking to tell them apart.

Speaking to the Mirror, ex-employee Jamie Dear said how to differentiate between the patterns is one of the first things staff are taught.

Due to the large range of baked goods on the menu, workers need to be able to differentiate them quickly.

Describing the difference between the Steak Bake, Ham and Cheese Bake, Sausage and Bean Melt and Corned Beef Bake, the Greggs insider joked that it was like learning a ‘new language’. 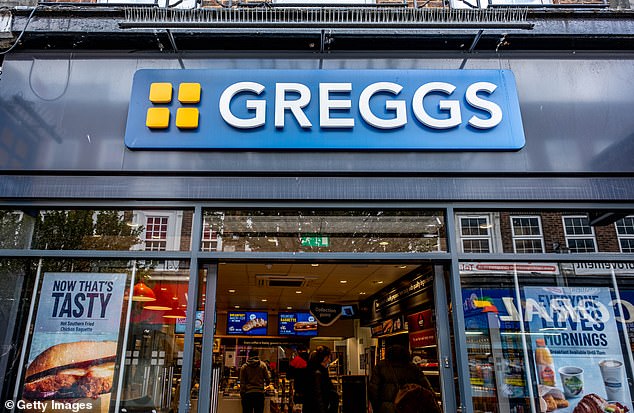 But while it might become second nature to staff, only the most loyal customers will be able to identify the brand’s pasties based on their markings alone.

Jamie continued: ‘This is something I hadn’t noticed when I was a shopper at Greggs before I started working there.

‘The cheese and onion bake has got giant Vs and the steak bake has three diagonal slits with a trim around the side.’

Meanwhile, the Corned Beef-filled pastry can be identified by the horizontal marks across the top. 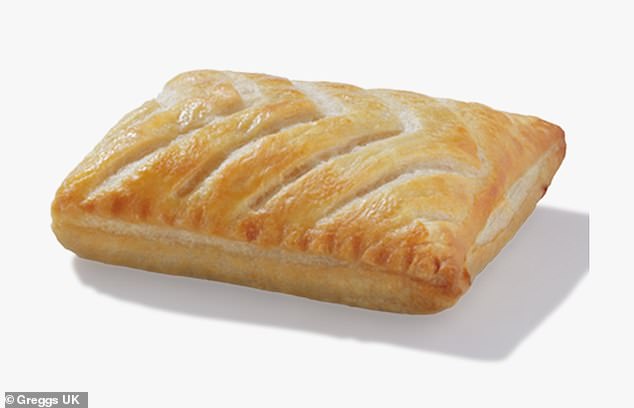 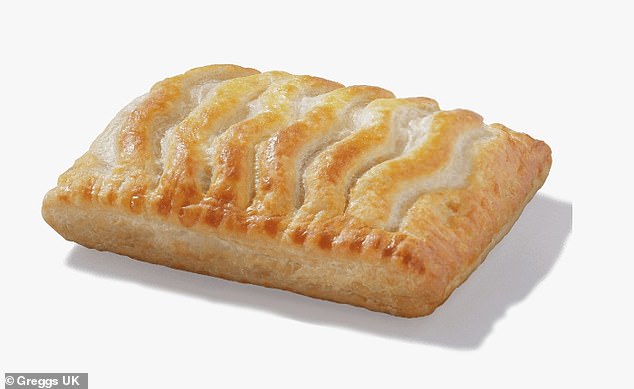 Meanwhile, the Chicken Bake has wavy slits running along the top to help staff tell the difference 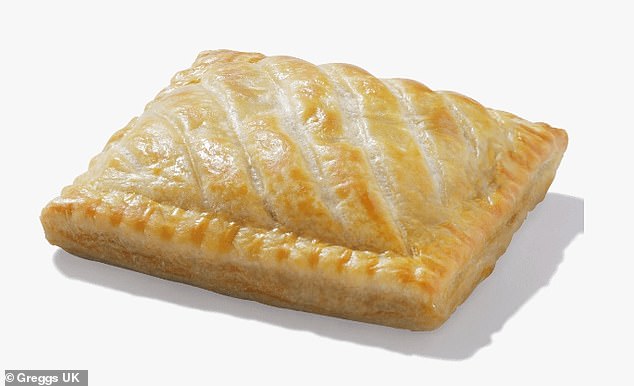 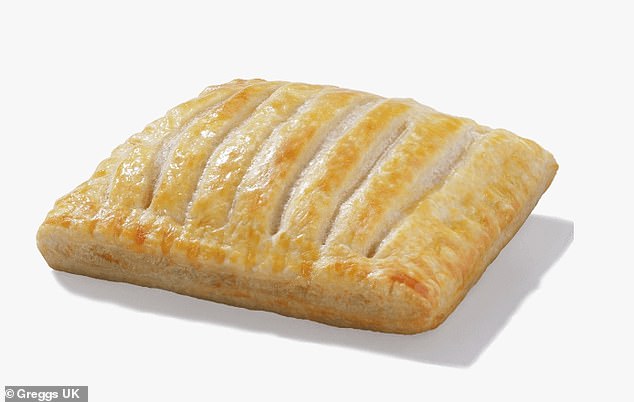 What’s more, the Sausage, Bean and Cheese Melt has straight lines on the top to set it apart from the others 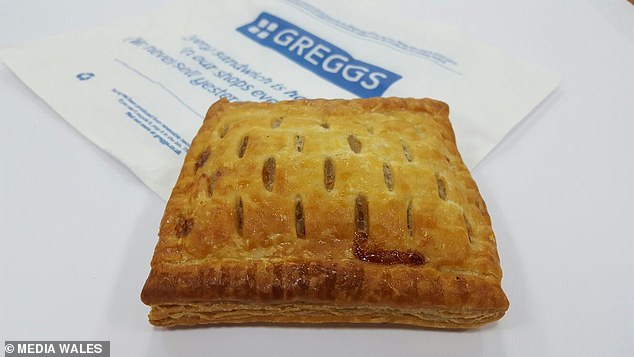 While the Ham and Cheese Bake has a trim around its edges as well as straight lines scored across the top.

The Sausage and Bean Melt, has a series of slits straight across the top so it can be spotted by foodie lovers quickly.

Whereas Chicken Bakes stand out from the crowd thanks to the wavy markings punctured into the pastry.

After the brand quizzed customers to tell the difference between the pasties on Twitter, one joked: ‘I worked at Greggs for 8 years and even after 4 years I still remember the markings.’

Meanwhile, another joked: ‘We have just discovered what our specialist subject would be on Mastermind. How to tell the difference between a steak bake and a cheese & onion pasty!’ 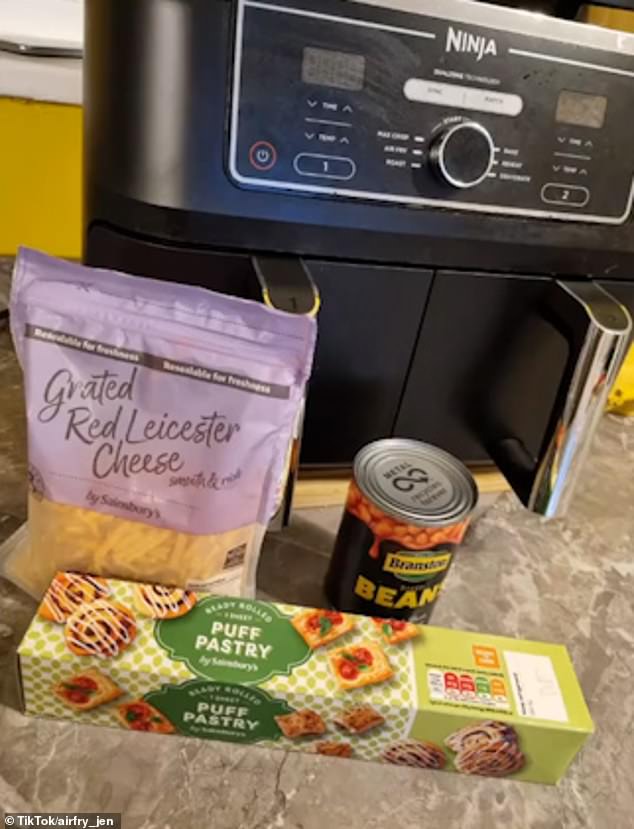 The TikTok cook starts the clip with getting the ingredients out, which includes grated Red Leicester cheese, a tin of Branston baked beans and puff pastry from Sainsbury’s 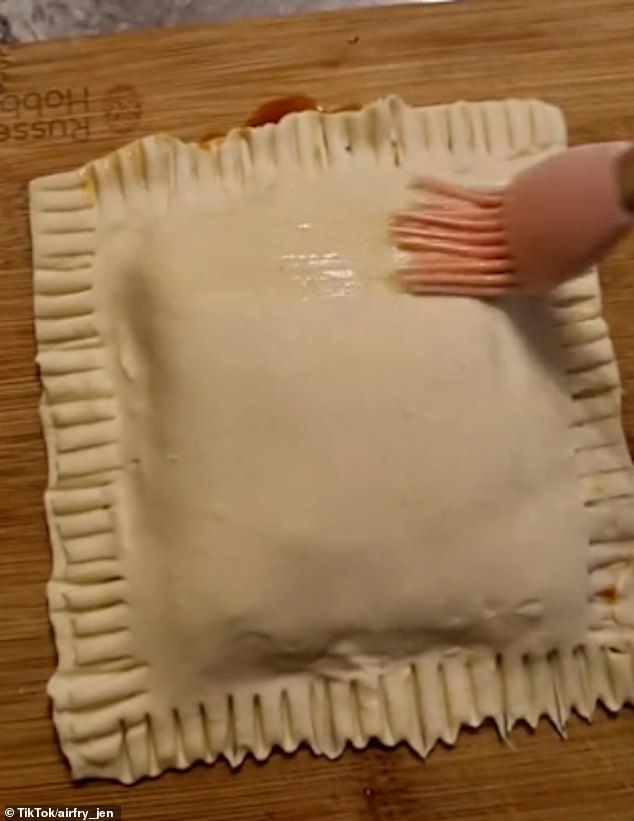 Before putting it into the air fryer, which should be set at 170 degrees, Jen coats each pasty with egg wash

It comes after a TikTok user revealed how to make a Greggs-style savoury bake in an air fryer at home.

Footage shows Jen, known as @airfry_jen on the global platform, making the popular pasty – which she claims is very close to the real thing.

In the video description, which is directly underneath the clip, she wrote: ‘My version of a Greggs sausage & Bean melt… without the sausage… Cheese and Bean Pasty cooked in the air fryer.

The TikTok cook starts the clip with getting the ingredients out, which includes grated Red Leicester cheese, a tin of Branston baked beans and Puff Pastry from Sainsbury’s.

The clip shows Jen rolling and cutting the pastry into four quarters before putting the beans into the centre of one of the pieces. 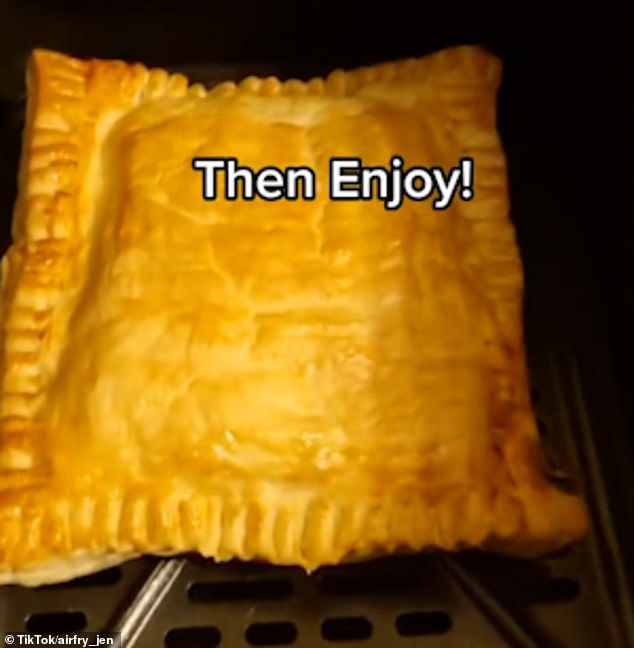 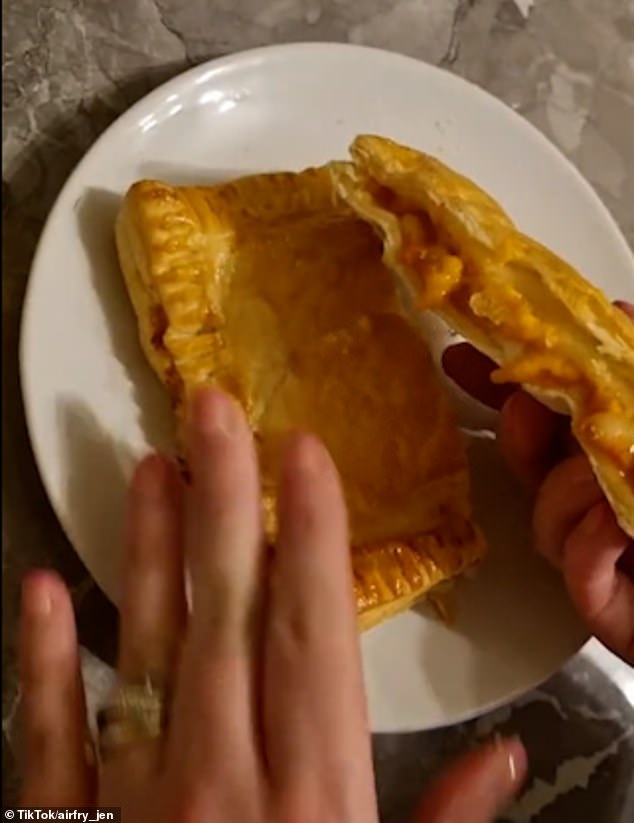 Social media users were enamoured with Jen’s video, with many saying they would try her recipe at home

Put the beans into the centre of one of the pieces and sprinkle on cheese .

Put another piece of puff pastry on top.

Once she added the beans she sprinkled her choice of cheese over the top and put another piece of puff pastry on top.

After that she gently pressed the pieces of puff pastry together and used a fork to seal them on either side.

Turning the pasty half-way through, Jen puts the airfryer ay 170 degrees and bakes it for 15 minutes.

When the product is done the folded pastry will be golden brown on the outside and sticky in the middle.

Jen added: ‘I don’t think you can ever get as good as the originals but it’s a close contender, I think.’

Before putting it into the air fryer Jen coats each pasty with egg wash.

She also advised viewers to try the recipe out with a tin of beans and sausages.

One person commented: ‘Looks great and cheap to make be a nice tea with chips or a salad.’

Another added: ‘You’re giving me so many great ideas!!’

A third wrote: ‘Made this today – delicious! Thanks for all the recipes, can’t wait to try it all’