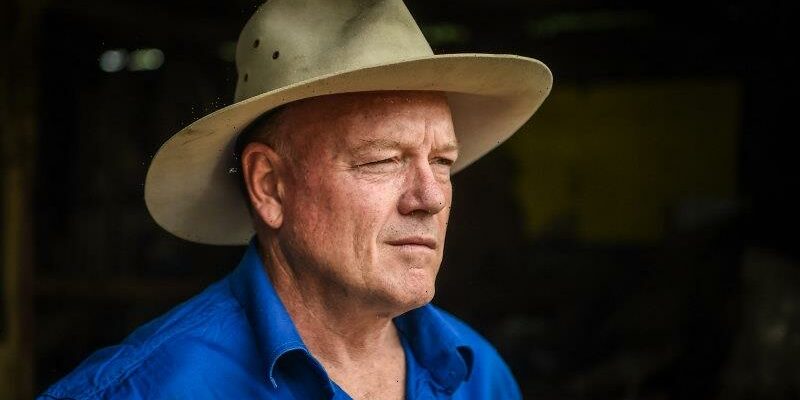 Greg Mirabella was initially a conscript to politics. He cut his teeth as a parliamentary spouse – to former federal Liberal MP Sophie Mirabella – and saw first-hand how brutal life in politics could be.

“This is not a career that I ever dreamed about,” says the 61-year-old, who will be confirmed as Victoria’s newest senator at a joint sitting of the state’s Parliament on Wednesday.

“But I am unashamedly proud and I have very big shoes to fill. If I can do half as well as Sophie did in terms of actually achieving things – real things – for the electorate, and have real impact in Canberra, then that would be pretty good.” 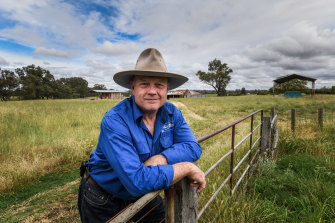 Greg Mirabella will become a Victorian Liberal senator this week, following in his wife’s footsteps.Credit:Justin McManus

It’s been an unorthodox road to Canberra. From soldier, engineer, volunteer firefighter, cattle farmer, for a while, a full-time dad, and businessman to politician.

The Mirabellas are just the fourth husband and wife pairing to sit in federal Parliament, joining the Lyonses, Blackburns and Newmans. Greg proudly points out he is “the first bloke” to follow his wife into politics.

His wife of 16 years, Sophie, lost her safe seat of Indi at the 2013 federal election and with it, a position within Tony Abbott’s first cabinet. Her defeat, to independent Cathy McGowan, has been used as a template for anti-conservative groups to target Liberal MPs across the country ever since.

Mirabella was the only Liberal MP to lose their job as the Abbott government was swept to power, gaining 18 seats. Her critics point to this fact as evidence her combative political style alienated many voters in the community.

She lost again in 2016 and Greg was conscripted internally, becoming an influential player within the Victorian Liberals as country vice-president and a member of the powerful administrative committee. But it would be three more years before he considered standing for Parliament himself.

“The campaign against Sophie in 2013 was really nasty and really personal,” he says. “We had busloads of people from Fitzroy and Northcote door-knocking in the electorate, bagging Sophie.

“Being a tough woman in politics – on either side – makes you a target, including for male politicians. The most abuse came from the most ‘progressive’ people.”

In particular, there is no love lost for former independent MP Tony Windsor, who dubbed her the nastiest person in the Parliament ahead of the election.

“When she lost it became a self-fulfilling truth. The media made a lot of that. And within the Liberal Party, her internal enemies did the same,” Mirabella says.

“You don’t get over that. And that ignored 12 years of effort that she put in the national Parliament, all the infrastructure, all the government spending, everything she brought to the electorate … billions of dollars. It vanished in an orange puff of smoke.”

But Mirabella comes to Parliament with his own agenda – to represent and boost advocacy in Canberra for the one-third of Victorians who don’t live in the city.

While he was born in Werribee in Melbourne’s west and educated at Marcellin College in the inner eastern suburbs, he spent his weekends and school holidays working on family fishing boats in Bass Strait or milking cows in northern Victoria. 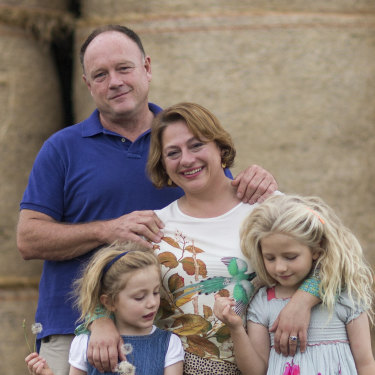 The Mirabella family in 2016.Credit:Meredith O’Shea

For the past 16 years, he has been producing beef cattle on his family farm at East Wangaratta, about 2½ hours’ drive up the Hume from Melbourne. He’s a regular visitor to Melbourne, where his two daughters are at school, and where Sophie has an office as a member of the Fair Work Commission.

“I have spent an awful lot of my time representing farmers because initially, I sort of got drafted there as a route to Sophie. It’s a common thing in local politics, you get on to the spouse,” Mirabella says.

“But that continued after she lost because people kept approaching Sophie or me for assistance, and I found that collectively farmers were not terribly good at writing submissions and prosecuting issues like anti-competitive practices.”

He decided to pursue a career in politics when a casual Senate vacancy was created by the resignation of cabinet minister Mitch Fifield following the 2019 federal election. Mirabella felt it was time the Liberals’ Senate team reconnected with rural communities.

He lost to Sarah Henderson, who had been heavily backed by Prime Minister Scott Morrison and Treasurer Josh Frydenberg, by 234 votes to 197.

But when Senate president Scott Ryan announced in September he would leave his term early, Mirabella went back to the well. He stunned political watchers with a 165 to 141 win over Simon Frost, a senior aide to Frydenberg, who had been heavily backed by other Victorian MPs.

He stresses he was not an “anti-Frydenberg” candidate and the pair have chatted warmly since the result.

“Preselection can be bruising, but that’s what’s great about the Liberal Party. You have to persuade people of your credentials and earn their vote,” he says.

By virtue of his third position on the Coalition’s Senate ticket, he may serve just six months, or he may be returned at the next election for six years.

He is determined the plan should be revisited but concedes it’s “really tricky” and “quite fraught” because of the various positions of state governments.

“Drought isn’t on the front pages at the moment, but give it a couple of years, and it will be back there,” Mirabella says. “There’s still a great sense in irrigation communities that it’s just inequitable.” 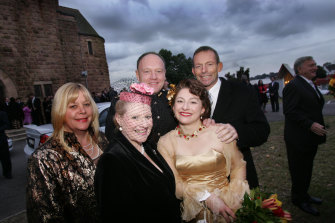 Greg and Sophie Mirabella married at Wangaratta in 2006, alongside many prominent Coalition figures.Credit:Rebecca Hallas

But it’s addressing carbon emissions that excites him most. And he could chew your ear off for hours about the technological advancements that will make it happen.

Mirabella is a vocal and energetic advocate for hydrogen investment. He hopes, through his background as an engineer and past work with energy start-up companies, to add “some meat on the bone” to the path ahead.

He says solving the large-scale hydrogen production problem will almost immediately benefit every other emitting industry.

Mirabella says the most realistic step the government could take immediately is to develop policy that re-casts the problem – not just for the energy sector, but associated emission sources as well.

“Why? Because current approaches are operating on old fixed lines: energy, water, resources, environment, agriculture and so on,” he says.

“But it seems no one is looking at the whole picture. All sectors that produce CO₂ emissions are linked by the king of elements: carbon. And many of the current ‘solutions’ in these sectors are actually compounding the problem.”

As an example, he points to plastics recycling: “It’s a myth. It’s too energy-intensive to be practical. Plastics should be chemically reformed, not put into landfill”.

Jocelyn Newman joined her husband Kevin Newman as a minister in a federal Coalition government.

So, what advice has Sophie passed on?

“Don’t trust journalists,” he laughs. “She has cautioned me because I’m a very plain speaker.

“I like to answer questions and she’s pointed out for politicians … speaking from the heart, giving the right answer can be dangerous. I do tend to speak plainly. But I don’t intend to change that.”