TINS of Green Giant sweetcorn sold by almost all UK supermarkets have been recalled over fears they could be unsafe to eat.

Stores including Morrisons, Tesco, Iceland, Sainsbury’s and Waitrose have issued recall notices for the affected products. 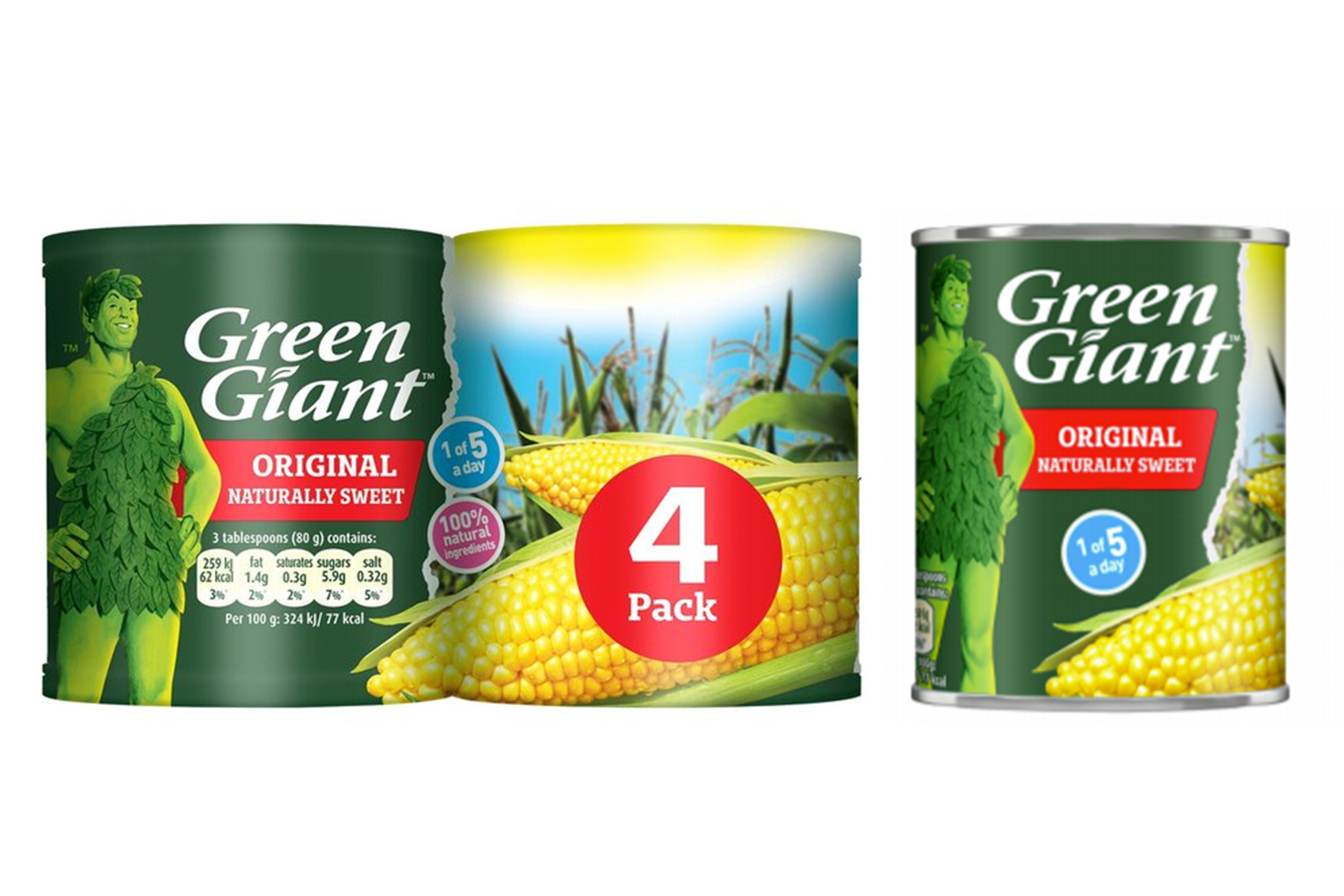 The tins of Green Giant sweetcorn have been pulled from shelves due to a packaging fault which could potentially lead to food quality and safety issues.

The affected tins are the 198g “original” variety of Green Giant.

Other sizes and other types of Green Giant sweetcorn, including “salt free”, are safe to eat.

Which tins of Green Giant have been recalled?

You should return your item to the supermarket where you purchased it if it matches up to the following criteria:

We’ve asked the firm for more information about what this means and we’ll update this story when we know more.

Waitrose and Morrisons have published the same notice, with an added recall over the 198g four-pack of Green Giant tins they sell.

Asda hasn’t issued a recall notice on its website but we’ve asked the retailer if it’s been affected by the pulled batches.

If you've purchased a tin that's been recalled, you should return it to the store where you bought it from for a full refund.

You may be asked for proof of purchase, such as a receipt.

A receipt won't be required if you contact General Mills UK directly.

As Green Giant is a well-known and popular brand, it's also sold in smaller convenience stores.

If you purchased an affected tin from a lesser known brand, you'll still be entitled to a refund.

Again, this can be processed by the place where you purchased the tin from, or directly from General Mills UK.

A recall notice by General Mills UK on the Food.gov.uk website reads: "As a precautionary measure, General Mills are recalling the product due
to faulty seams which potentially lead to food quality and safety issues.

"All consumers who have bought this product with the above date code should not consume them."

Other recalls to watch out for include 1.5 litre bottles of Coca-Cola that could contain dodgy packaging.

Co-op has recalling packs of hash browns over fears they contain pieces of plastic.

Meanwhile, Mars Revels pouches have been pulled because they may contain bits of metal.