Good Trouble went there! The Fosters spinoff proved, once again, it isn’t afraid to take major risks during the Tuesday, February 19, episode, in which Cierra Ramirez’s Mariana got herself into a sticky situation with a guy – and his girlfriend. However, rather than run away, Mariana leaned into the hookup and finally, for the first time since moving to Los Angeles, felt wanted!

“Am I blushing?” the actress, 23, said, in Us Weekly’s exclusive interview above. “[I was] very nervous. I don’t think I slept the night before!” 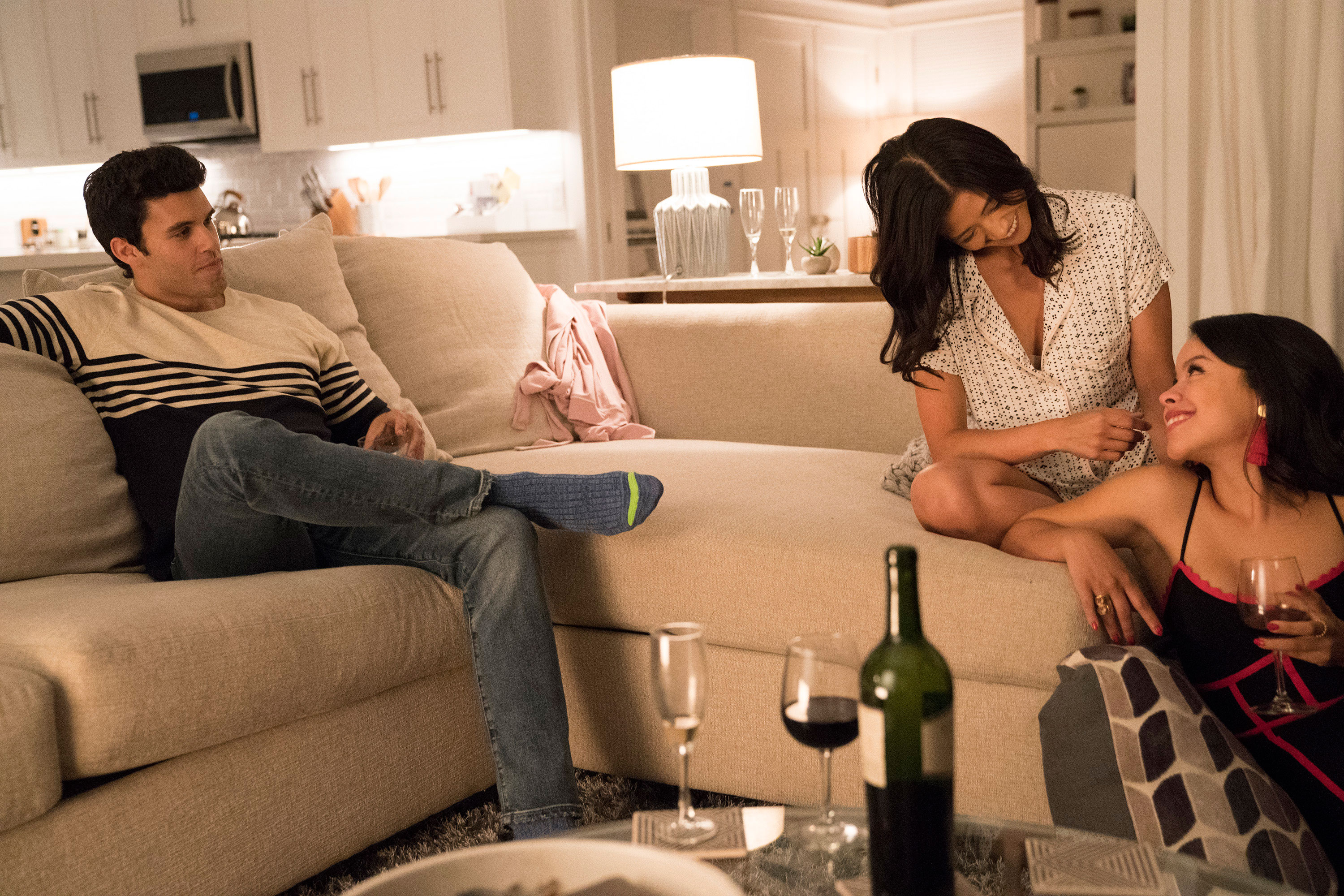 Luckily, the Texas native was surrounded by people who were extremely supportive on the set of the Freeform drama – specifically the episode’s director.

“The beautiful, wonderful Troian Bellisario Opens a New Window. directed that episode, and she could not have been better,” Ramirez explained of the Pretty Little Liars vet. “She made me feel so comfortable. I mean as a Freeform fam, I’ve seen her show, grown up on her show, and watching her navigate that set, I learned so much that week.”

While the scene was “very intimidating” to shoot, she was surrounded by support. Maia Mitchell Opens a New Window. , who plays Mariana’s sister, Callie, couldn’t get enough of the story line.

“It’s my favorite thing ever. I laughed so hard when I read the script,” Mitchell, 25, told Us, before looking to her on-screen sister. “You did amazing – the episode is one of my favorites.”