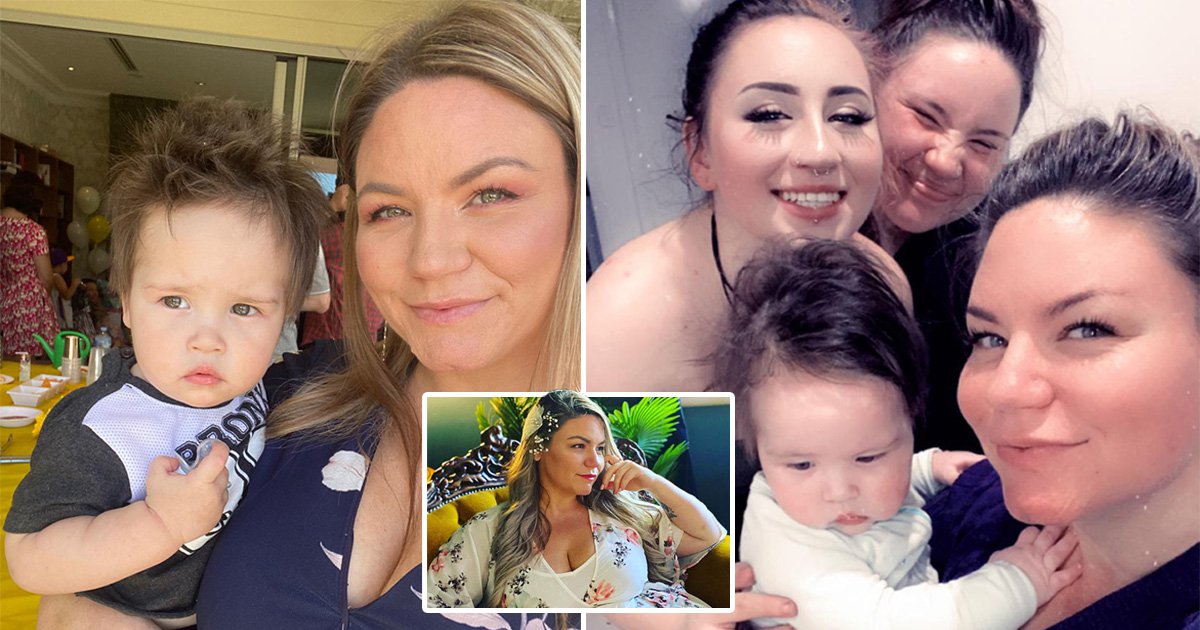 Casey Maree Seckold is a grandmother to one-year-old Ashton – but her glamorous looks and youthful glow means she often gets mistaken for his mum.

The 35-year-old train guard has two daughters: 18-year-old Nakita (who is mum to Aston) and 19-year old Annaliese.

‘When I am out at the shops with Ashton and his mum, Nakita, people just assume I am his mother and talk to me about him,’ says the mum-of-two from Sydney.

‘They also think Nakita is my sister, not my daughter.’

According to a national survey by AARP, Casey became a grandparent 16 years earlier than the average person in Australia.

However, she much prefers to be called ‘Nan’ or ‘Nanna’ – as she thinks it sounds younger than ‘Gran’ or ‘Granny.’

Casey adds: ‘I was a young mum too. I was 16 when I had my first daughter Annaliese, so I know what’s good about being a young mum and what the challenges are.

‘It’s great that you have the energy to keep up with your child and it’s also fantastic when they get to their teens, because you can still remember your own.

‘Both my daughters’ friends used to come to me for advice, because I was a younger mum and so closer to them in age.’

Casey explains there can be some pitfalls to the small age gap.

She adds: ‘The downside of being a young mum is that your relationship with your child can be more like that of a sister, which makes it hard when you need to have the authority of a parent.

‘It is also very restricting, having children when you are really young.

‘You have more responsibilities than your friends and if you love to travel, which I do, you can’t just take off.’

Having a young family is something that’s familiar to Casey.  Her own mother, Cathy Spence, is only 57, and had Casey when she was just 21 years old.

Casey adds that she wouldn’t change anything about her situation.

She explains: ‘When people ask me if I would have done anything differently, I tell them “no.” I’d choose to be a young mum and a young Nanna again.

‘I’ve always felt that family comes first, and that being able to spend lots of time with those you love is the most important thing in the world.

‘The pandemic had shown us all that. But, for me, the great thing about having kids when you’re young and then them having children when they’re young, too, is that you all get more of your lives to spend together.

‘Ashton is a really fantastic little boy. I wouldn’t have it any other way.

‘And it’s very flattering to be mistaken for his mum and not his granny.’

Get in touch at [email protected].