Jeff Ross pays tribute to Gilbert Gottfried: Nobody made me laugh so hard

Gilbert Gottfried’s widow Dara Kravitz had friends and family laughing — and crying — as she paid tribute to her late comic husband at his funeral on Thursday.

“I loved his heart and soul, his jokes were dirty but his heart was so pure,” she tearfully recalled during the memorial service at the Riverside Memorial Chapel in New York City.

“Our relationship was so special that whatever I say it’s not enough,” Dara, who wed Gottfried in 2007 after dating for 10 years — said during her speech.

And while it was heartfelt, Dara had the crowd laughing while telling the story of how the couple met during a Grammys party in 1997.

“I had just turned 27 and Gilbert was 42. We met at a party at Tavern on the Green. I was there because I was in the music business and he was there for the free food,” she remembered making fun of Gottfried’s legendary cheapness. “Some food fell off my plate and Gilbert picked it up and put it on his plate.

“I thought it was a bit odd but I’ve always been a bit attracted to odd people. He looked incredibly sweet and a bit lost and I felt bad for him so I was nice to him and then he asked for my phone number and the rest is history.” 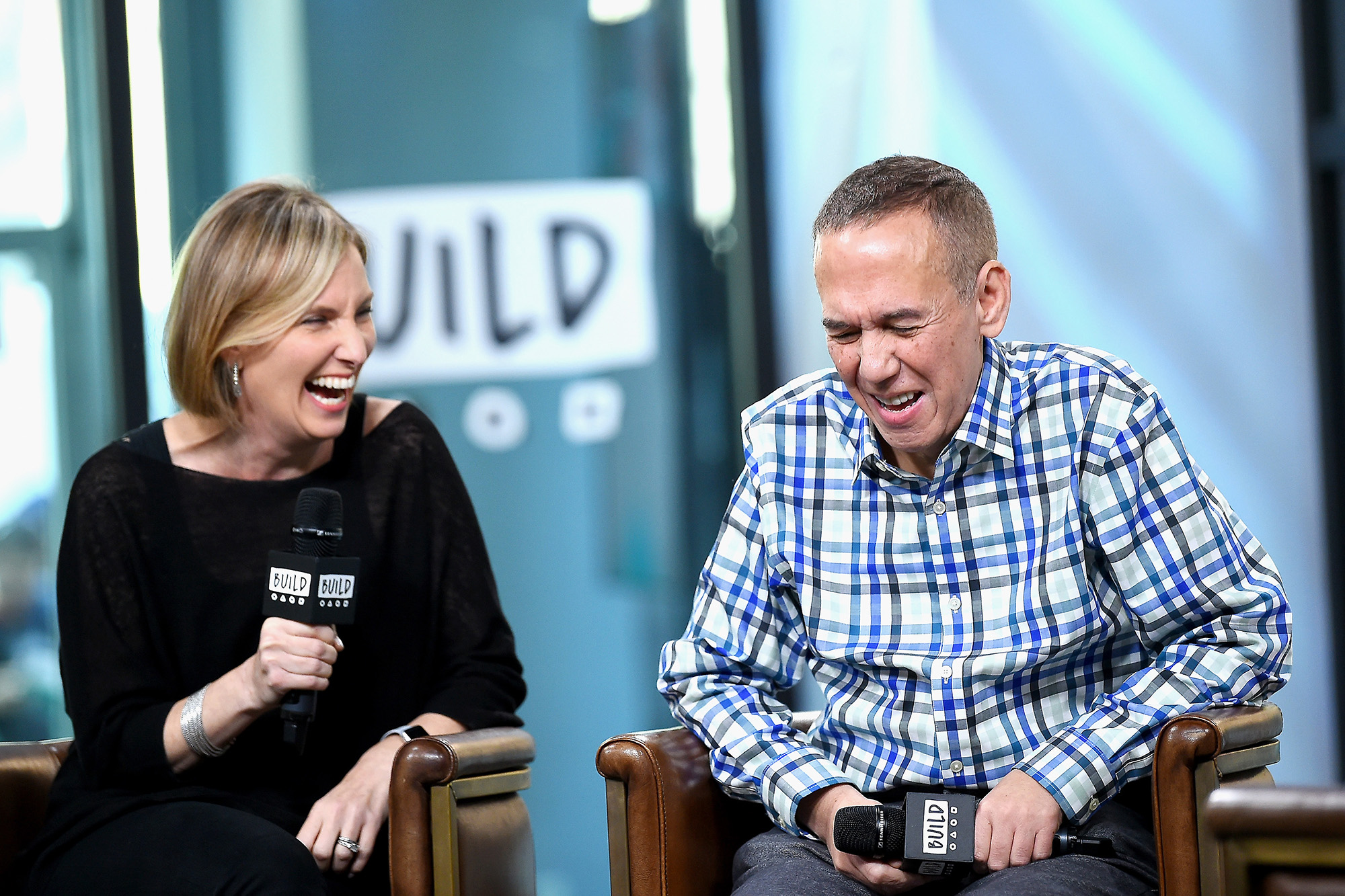 Their first date was at the Moonstruck diner, where the “SNL” alum proceeded to order one rice pudding for them to share.

“I thought it was a little odd,” she admitted. “He couldn’t order two rice puddings?”

“I don’t know how to explain the uniqueness of our relationship,” she conceded. “I was young, outgoing and social. Gilbert was shy and introverted. We were opposites but like two pieces of a puzzle we fit perfectly together. (For) the next 10 frigging years we dated. He would come over every night and watch TV because I actually paid for cable.” 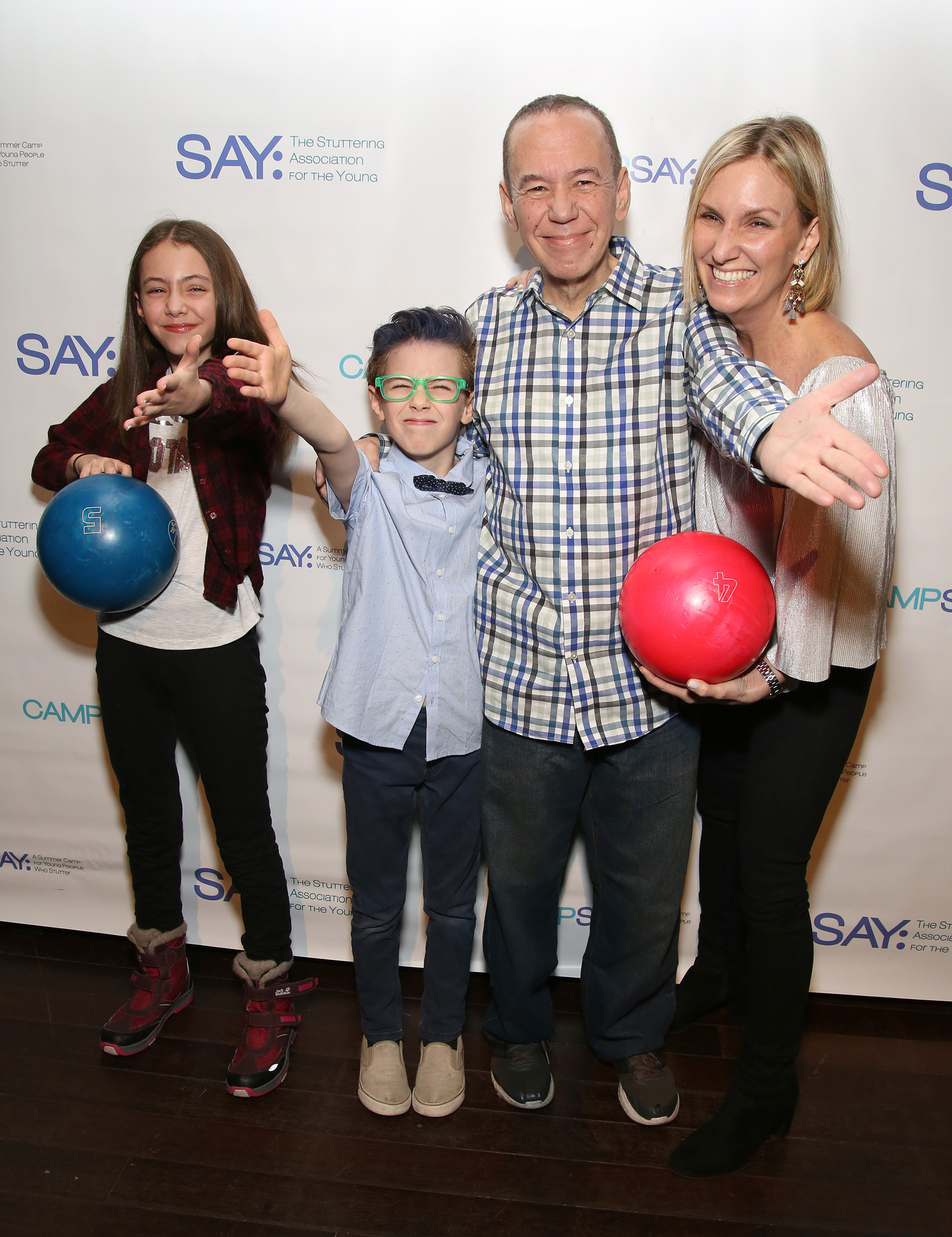 Dara, 52, also revealed that the comedian was terrified of marriage and kids thinking it would dull his comedy but “eventually he took the plunge and trusted me.”

She told a tale to illustrate her late husband’s quirkiness and cheapness by recalling when Gottfried packed up his apartment to move into hers.

“I asked Gilbert, ‘PLEASE try and get rid of some of your hotel soaps.’ They filled up an entire second bedroom of his apartment. He asked his sisters if they needed any soap, they said, ‘Only big bars.’

“So Gilbert being Gilbert stayed up the entire frigging night opening up those little wrappers, running the soaps under water, mashing them together to make big bars. 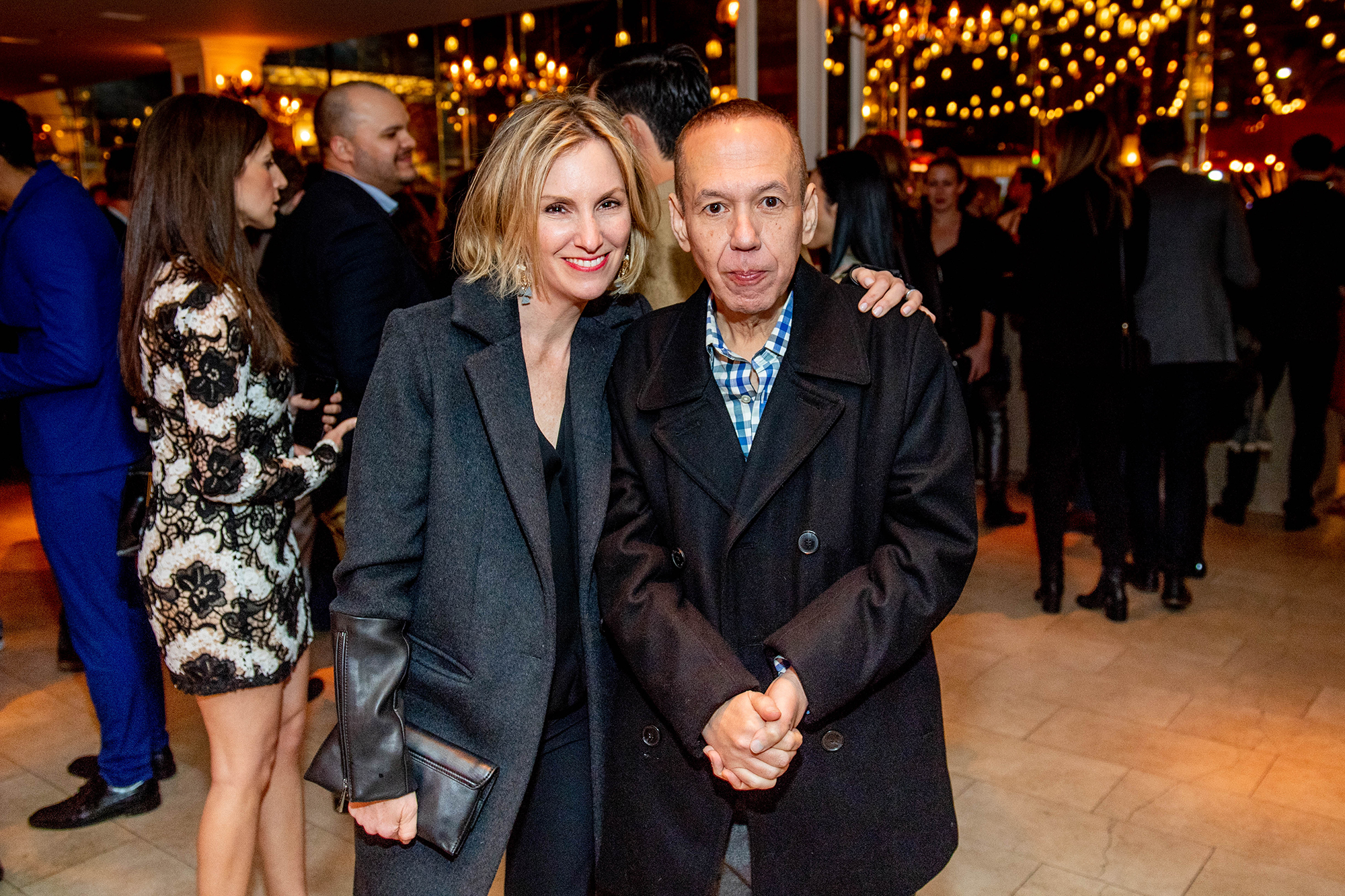 “He gave his sisters a garbage bag filled with custom-made mashed-up soaps. I thought that was so sweet, I couldn’t help but love him,” she said sweetly while the crowd laughed.

“He was the best father and loved our kids more than anything in the whole wide world,” Dara said emotionally. “He would paint Lily’s nails and put little notes with monster drawings in Max’s lunchbox. He was so proud of the kids.”

The beloved comedian died earlier this week at the age of 67 from a heart abnormality.

His friends Jeff Ross and Susie Essman also spoke at the service on Thursday.