On Thursday, Dec. 13, Taylor Swift turned 29, and her friends are celebrating — especially a certain model who she’s close with. In her Instagram Story, Gigi Hadid shared a birthday message for Swift that included her dad, her cat, and plenty of sweet words. And not only was her post adorable, but it really highlighted how much these BFFs truly love each other.

The message, which spanned a few separate posts on her Instagram Story, started out with a photo of Swift’s father, Scott, presenting snacks to a room full of people, which presumably included Hadid. Being that Scott is known by fans for traveling with Swift when she tours and is frequently spotted supporting her at events, it makes sense that he’d be on snack duty, too.

It’s sweet that Swift’s dad came bearing frozen lemonade and pretzels (aka everyone’s favorite mall snacks), but it’s even sweeter that Hadid was ready to shower Swift with compliments. Here’s Scott, in all his glory: 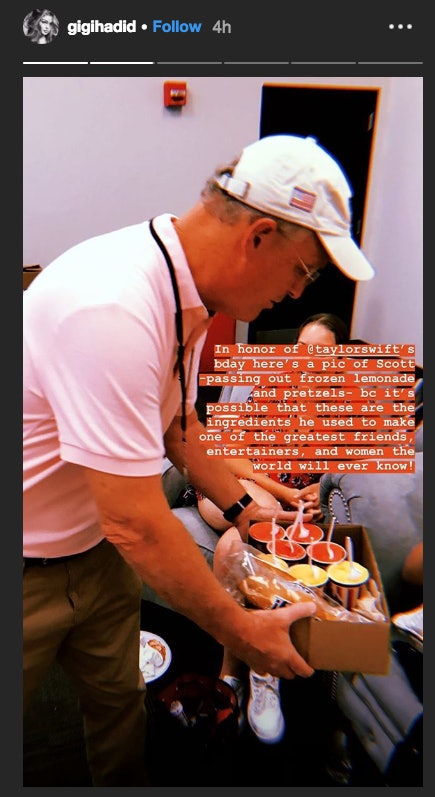 She then followed that up with a photo of Swift’s cat, Olivia, laying on a rug and looking super perturbed that anyone would pay attention to her — a classic pose for Swift’s sassiest cat (although Meredith certainly holds her own in that department as well).

"I love you @taylorswift13," Hadid added. "Almost as much as Olivia loves it when we find her posing." 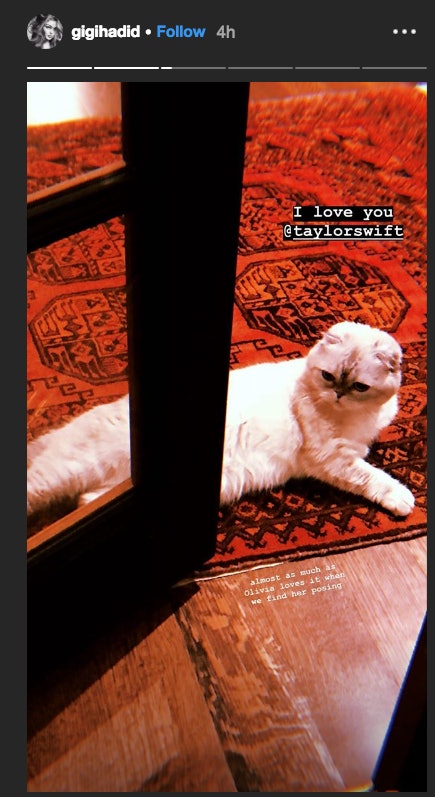 And finally, Hadid rounded out her posts with a more personal message of what Swift means to her as a friend, including a photo of her, Swift, and Hadid’s sister, Bella, sitting on a couch together — including birthday GIFs, as you must when one of your friends is celebrating a birthday. 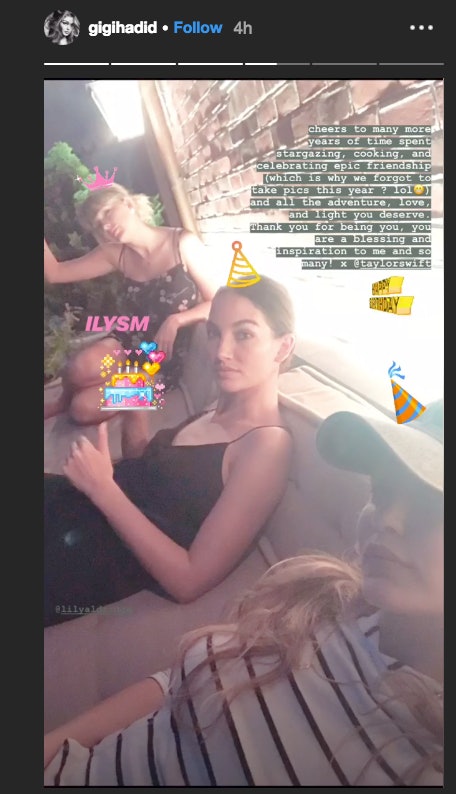 This Instagram post only rivals Hadid’s birthday post for Swift from last year, where she shared photos of them hanging out together (including a really cute selfie) and a message that was just as sweet as this one. Hadid wrote:

No word on how Swift actually plans to celebrate her birthday, but it looks like she can expect plenty of sweet messages from her friends like Hadid to mark the occasion. With everything that Swift accomplished in year 28, it’s probably safe to assume that year 29 will be even better. Album number seven, perhaps?