An iconic reunion! While the former members of the Spice Girls have gone their separate ways since their band’s indefinite hiatus, Mel B and Victoria Beckham had a special reunion.

Spice Girls: Where Are They Now?

“My spice sister vic, I can’t thank you enough for your enormous generosity. Not only did you dress me and my mum but you surprised me by actually being there to fit us,” the Circle season 4 star, 46, gushed via Instagram on Friday, May 6, alongside a snap with Beckham, 48. “It was just soooooooo special thanks to YOU and your fabulousness.”

She continued: “Honestly what a perfect ending to a magical day you booked a lovley [sic] dinner together with both our families wowza 25 years of friendship and we still like each other haha I love you lots.” 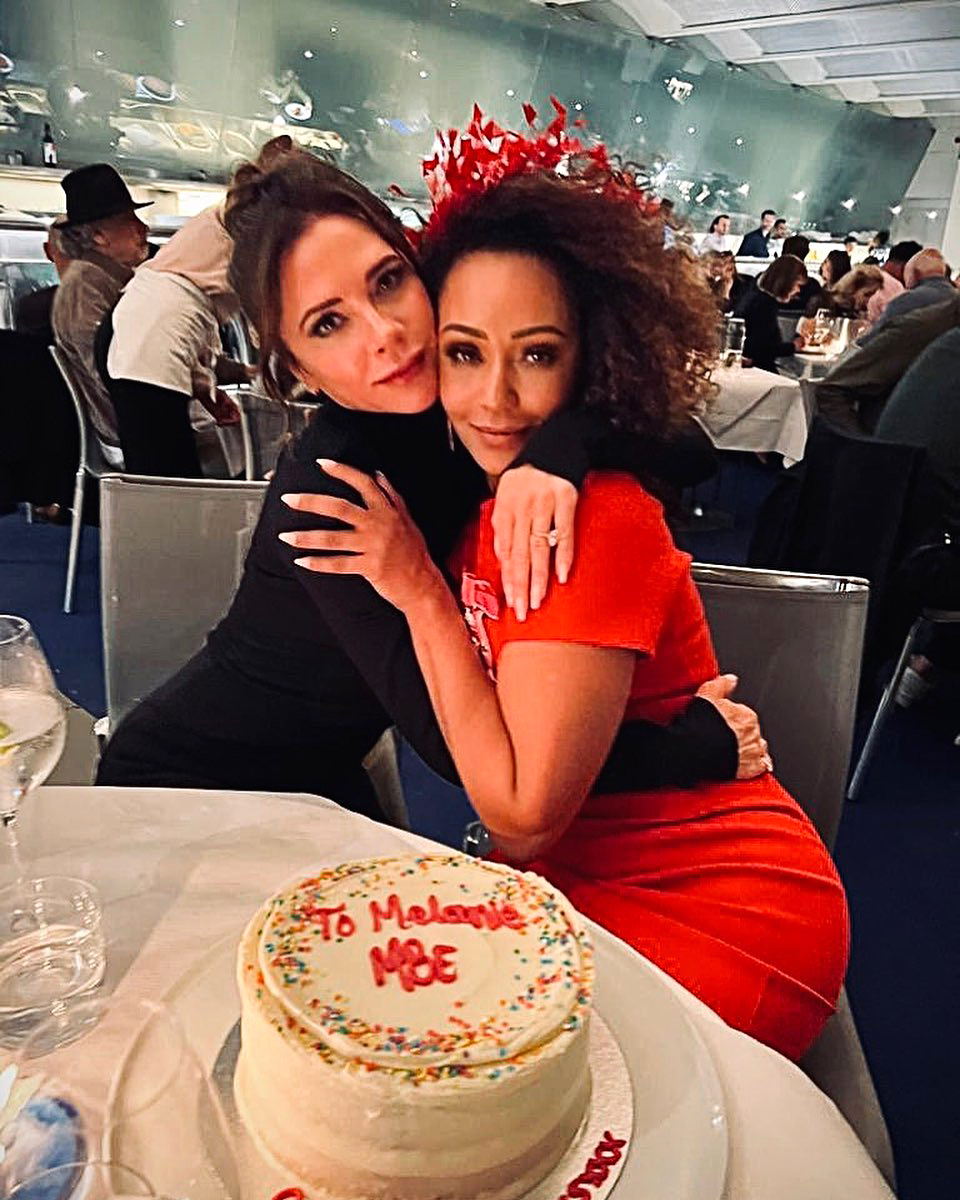 Mel B (real name: Melanie Brown) and the fashion mogul — who were both founding members of the Spice Girls — reunited to celebrate Mel’s Most Excellent Order of the British Empire (MBE) achievement earlier this week.

Everything the Spice Girls Have Said About Victoria Beckham’s Exit

“The last few days have been a true magical whirlwind,” the Leeds, U.K. native wrote via Instagram on Friday, alongside a photo where she held her ceremonial ribbon, which was presented by Prince William. “Wow, it’s taken me a while to process all this trust me but I wanted to be present and in the moment to appreciate and respect every single second, I can’t let this pass by firstly without thanking ALL the amazing army of women who have not only helped me and supported me but given me the strength to carry on, my story is your story.”

Since the girl power band broke up, its former members have gone on to have successful solo careers as musicians, reality TV stars or fashion moguls. In addition to doing their own thing, the ladies have briefly reunited during the 2012 London Olympics closing ceremony, but Beckham ruled out returning for a reunion tour with her spicy friends.

“It is tough because, obviously, she’s a huge part of the band,” Chisholm, 48, said during an appearance on Bunton’s Heart FM radio show in November 2018. “As Geri always says, because you know, there were times as I mentioned earlier, that I wasn’t sure. And we really support each other on that, on the decisions that we make, and we really support her and she’s really supporting us. I really think that’s a big part of our ethos. She’s very excited for us and it’s going to be strange because none of us can watch The Spice Girls on stage —but she will be able to.”

The Royal Treatment! Celebs Who’ve Been Knighted By the British Monarchy

While the Victoria Beckham Beauty founder — who wed David Beckham in 1999 — declined to go on tour, she remained a fervent supporter of her former bandmates.

“Today marks a special day for the girls as they announce the first tour dates since we performed together in 2012!” the Learning to Fly author wrote via Instagram in 2018. “I won’t be joining my girls on stage again but being in the Spice Girls was a hugely important part of my life and I wish them so much love and fun as they go back on tour next year. I know they will put on an amazing show and the fantastic fans past and present are going to have a wonderful time!”