The 18-year-old has “no expectancy of survival”; her sister will likely be charged with manslaughter.

A Georgia woman has been arrested after accidentally shooting her sister in the face while driving to Miami Beach, according to police.

Taniyria Holt, 24, was booked on charges of culpable negligence that inflicts personal injury and improper exhibition of firearms, according to an arrest report obtained by the Miami Herald.

Her younger sibling Dre’Naya Ponder, 18, is on life support with “no expectancy of survival”. Should she die, charges against Holt will likely be upgraded to manslaughter. 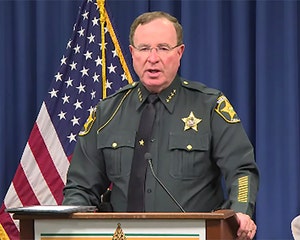 Reporting the incident that shut down a section of the Interstate 195 on Sunday evening, Miami Beach police initially believed the gunshot wound was self-inflicted.

But per the arrest report, Holt waived her right to silence and explained what really happened

She said they were driving in a 2019 Jaguar with two other women, recording themselves on a cellphone, while she was handling a loaded 9mm handgun owned by another of the car’s passengers.

She said she racked the gun — pulling back the slide — which ejected the live round from the chamber… mistakenly believing it would not be replaced by another.

NY Man Killed After Being Hit by Parked Truck

“Thinking the firearm was free of live rounds, Ms. Holt said she went to pass the firearm over to her sister, Ms. Ponder (who was sitting behind the driver), but accidentally shot her,” the report said.

“The cellular phone being utilized by Ms. Ponder showed signs of the projectile having penetrated it as said projectile struck Ponder in the facial area, causing her injuries.”

No-one else in the car was injured.

Doctors at Jackson Memorial Hospital’s Ryder Trauma Unit are now waiting for the girl’s family to arrive from Atlanta before a decision is made.