Members of the British royal family have worn pieces from the family’s jewelry collection on many occasions.

Meghan Markle wore Princess Diana’s aquamarine ring to her wedding reception in 2018 and Kate Middleton has worn many pieces in the royal family’s collection since she married Prince William in 2011.

But a gem on one of the pieces in the collection is said to be cursed. Ahead, learn the history of the gem, who in the royal family has worn it, and why it’s believed to be cursed.

Where did the gem come from?

The gem that is supposedly cursed is the Koh-i-Noor diamond, which in Persian means “Mountain of Light,” according to Reader’s Digest.

A prized possession, the Koh-i-Noor diamond originally measured 800 carats. Supposedly, the diamond came from the Golcondas mine in India, which is also where many of the most famous gems in the world have been extracted. 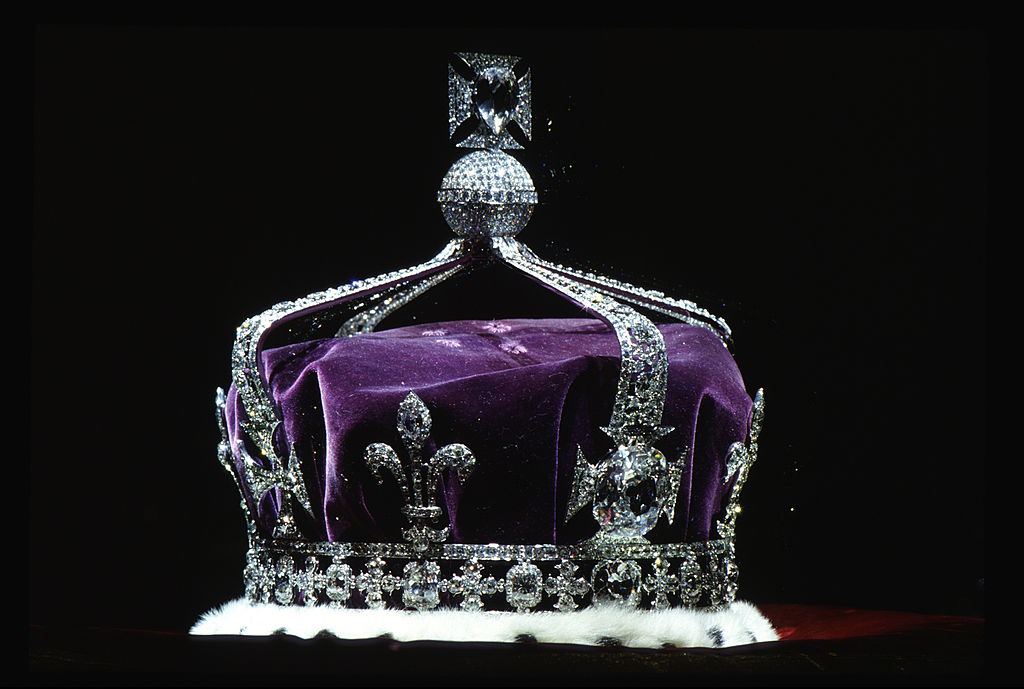 The curse of the Koh-i-Noor diamond

A Hindu legend says men in possession of the diamond, “will own the world, but will also know all its misfortunes,” according to Mental Floss.

Maybe heeding the curse, only women in the British royal family have ever worn the diamond. Three queen consorts — Mary, Alexandra, and Queen Elizabeth, the Queen Mother — have worn the diamond along with Queen Victoria. And maybe for good reason, the history of the diamond involves lots of horrible experiences.

History of the diamond

As with anything that’s rare and valuable, the diamond has a storied history. Legend has it the diamond once served as the eye of an idol of a Hindu goddess before being in possession of various Indian dynasties. The diamond was part of Shah Jahan’s Peacock Throne until his son led a coup that led to Shah Jahan being imprisoned in a fort.

At that time an amateur Venetian gemcutter reduced the stone’s size from 800 carats to 186, after which it continued to bounce around between local rulers.

In 1849, the stone became Queen Victoria’s after Punjab became annexed from Britain. Placed in an iron safe for the journey from India to England, the diamond supposedly brought lots of turmoil.

On the journey, cholera broke out on the ship transporting the diamond. To make matters worse, locals threatened to burn the ship if it didn’t leave port. Then a massive storm almost destroyed the ship and the diamond. If that wasn’t enough, the diamond then spent six months in a coat pocket. It was only saved because a servant thought the diamond looked like glass.

When it finally made it to the British royal family, they weren’t over the moon about the diamond’s looks. That’s why Queen Victoria had the diamond recut into 105 carats and polished.

Where is the diamond today?

Today, Koh-i-Noor Diamond is on display at the Tower of London. But Indian officials have asked on more than one occasion for the diamond to be returned, citing it was taken illegally. In response, Britain said they wouldn’t return the stone because it wouldn’t be “sensible.”

The diamond sits proudly at the front of the Queen Mother’s crown, according to Reader’s Digest. It was last seen when it was placed on her coffin during her funeral procession in 2002.