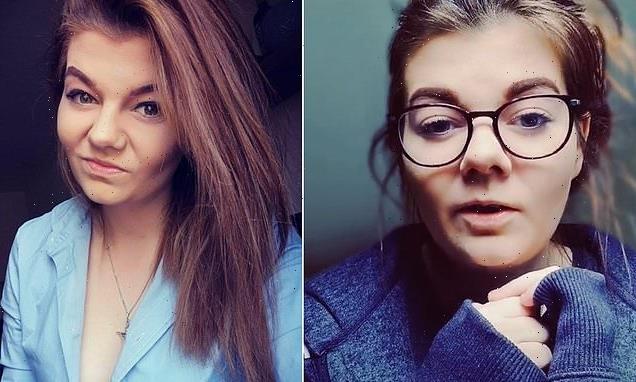 Betting shop worker, 28, who became addicted to gambling at 18 and tried to take her own life after losing £50,000 in six days says ‘male-oriented’ support groups put women off seeking help

A betting shop worker who became addicted to gambling and once lost £50,000 in six days is sharing her story on TikTok to help other people like her.

Stacey Goodwin, 28, from Chesterfield, Derbyshire, uses the handle The Girl Gambler and has been in recovery for almost two years.

Despite swearing never to start betting herself after seeing how ‘angry’ the machines in her shop made people, the part-time sales manager, then aged 18, was ‘sucked in’ one day after popping £1 in a slot.

At her lowest point, Stacey – who also battled anorexia in her teens – gambled away £50,000 in six days and tried to take her own life, reports the BBC. 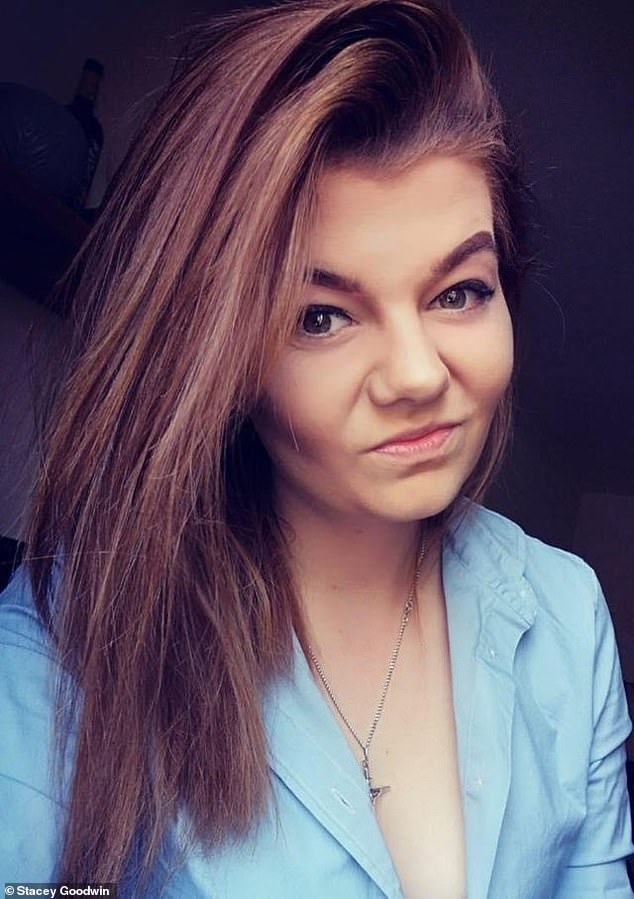 Stacey Goodwin, 28, from Chesterfield, Derbyshire, uses the handle The Girl Gambler to share her story on social media

Stacey now works for a gas company, but nearly lost her job as a result of her addiction which left her unable to concentrate.

She would also regularly gamble away an entire month’s wages on the day she got paid, and took out loans which plunged her thousands of pounds into debt.

‘I was having sick days because I had gambled everything and couldn’t function,’ she told the publication.

‘My brain would think about nothing other than gambling. I honestly felt like there was no way out. 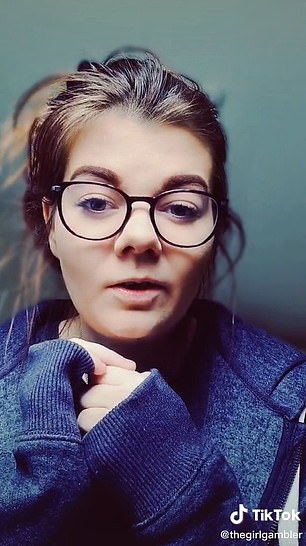 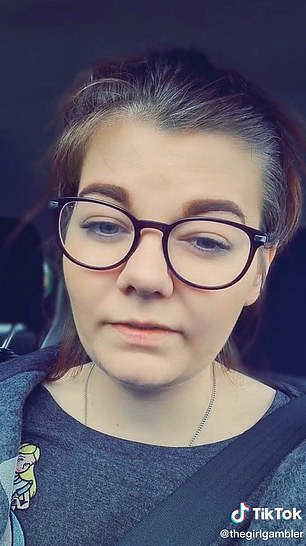 Stacey now works for a gas company, but nearly lost her job as a result of her addiction which left her unable to concentrate

‘I was in a pit of depression and addiction and I couldn’t break the cycle and I thought the only way out was to take my own life.’

After hiding her addiction to slot machines and online gambling sites for years out of ‘guilt and shame’, Stacey eventually visited a women’s retreat to help her overcome it, while her mother provided support by taking control of her money.

She is now bravely sharing her story on social media to encourage other women in her situation who are suffering in silence to speak out and seek help.

Stacey has also started a petition to remove scratch cards from the front counters of shops, calling them ‘triggering’ for gambling addicts.

She has documented her journey to overcoming her addiction for a book, entitled The Girl Gambler. 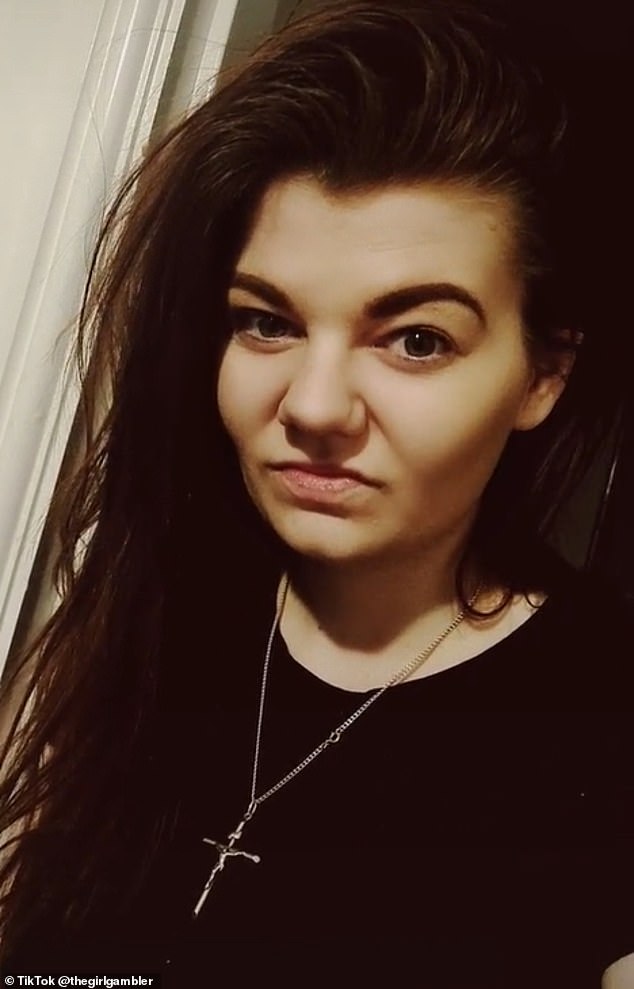 Stacey has also started a petition to remove scratch cards from the front counters of shops, calling them ‘triggering’ for gambling addicts

‘I wanted to help people stuck at home, trapped even worse with their addiction and triggers from adverts, I know how hard it is,’ she told the Derbyshire Times.

‘The first time I placed a bet I won and that’s kind of what led me into continue doing it. I had only put a bit in and I got a bit of money out of it – but it was thought in my head that led me to spiral completely out of control.’

In one of her TikTok videos, Stacey told how she believes women are sucked into online gambling due to the offers of free bets and jackpots.

‘The adverts I put out at the bookies were never an 18-year-old girl crying,’ she explained.

Stacey said she wants to see more support groups for female addicts, telling the Derbyshire Times: ‘I went to groups before like gamblers anonymous but for a 22-year-old girl to be sat in a heavily male orientated group, generally much older than me put me off reaching out for help.’ 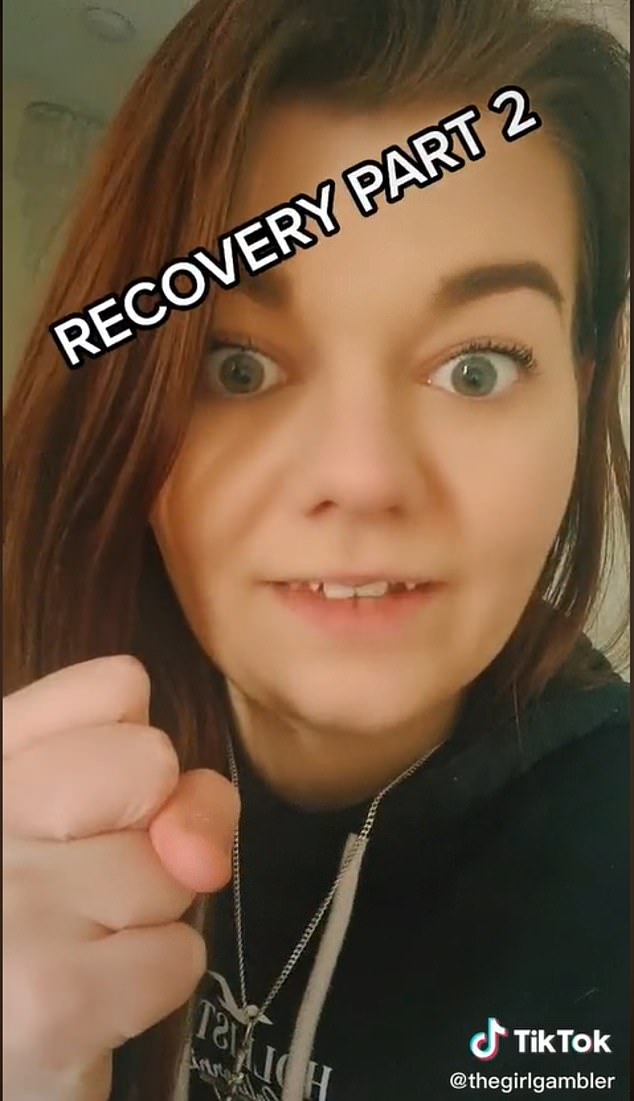 In one of her TikTok videos, Stacey told how she believes women are sucked into online gambling due to the offers of free bets and jackpots

Along with rehab, Stacey joined the Self-Enrolment National Self-Exclusion (SENSE) scheme, which enables addicts to exclude themselves from casinos in the UK, and GAMSTOP, a free service that lets you put controls in place to help restrict your online gambling activities.

She now wants the government to enforce the removal of scratch cards from the front of counters in shops.

‘Millions of people are suffering with gambling addiction and are trying to recover and acknowledging their triggers,’ Stacey explained.

‘Cigarettes are hidden and yet scratch cards and other gambling products are displayed proudly at the front of the desk, begging to be an impulse buy and it is unavoidable as you have to go the till.

‘If they were hidden or in an area you aren’t forced to go to, it’s easier to avoid the trigger and easier for the shop workers to support people with a problem.’