He recently got back from Paris, where four days ago his 20-cover Wolfgat was named Restaurant of the Year at the inaugural World Restaurant Awards, also winning the remote location prize.

“In our category, which was for the off-map destination… there are restaurants that we literally hero-worship and we were like, this is insane,” the food-journalist-turned-chef told Reuters TV on Friday in his first interview with foreign media since returning home.

Others on that shortlist included Japanese wild dining sensation Tokuyamazushi.

Of both prizes, he added: “We never dreamed of making the shortlist, let alone winning.”

Van der Merwe’s seven-course tasting menu pays homage to the region’s long-gone indigenous inhabitants, and his signature dishes are flavored and supplemented with ingredients foraged locally, such as seaweed and succulent plants.

Guests at the 130-year-old whitewashed restaurant, nestled above Wolfgat cave within hearing distance of crashing waves, pay 850 rand ($60), or 1400 rand including drinks.

Van der Merwe, who took the plunge into full-time cooking before completing his culinary studies, said he had no wish to expand or replicate Wolfgat in an urban setting. 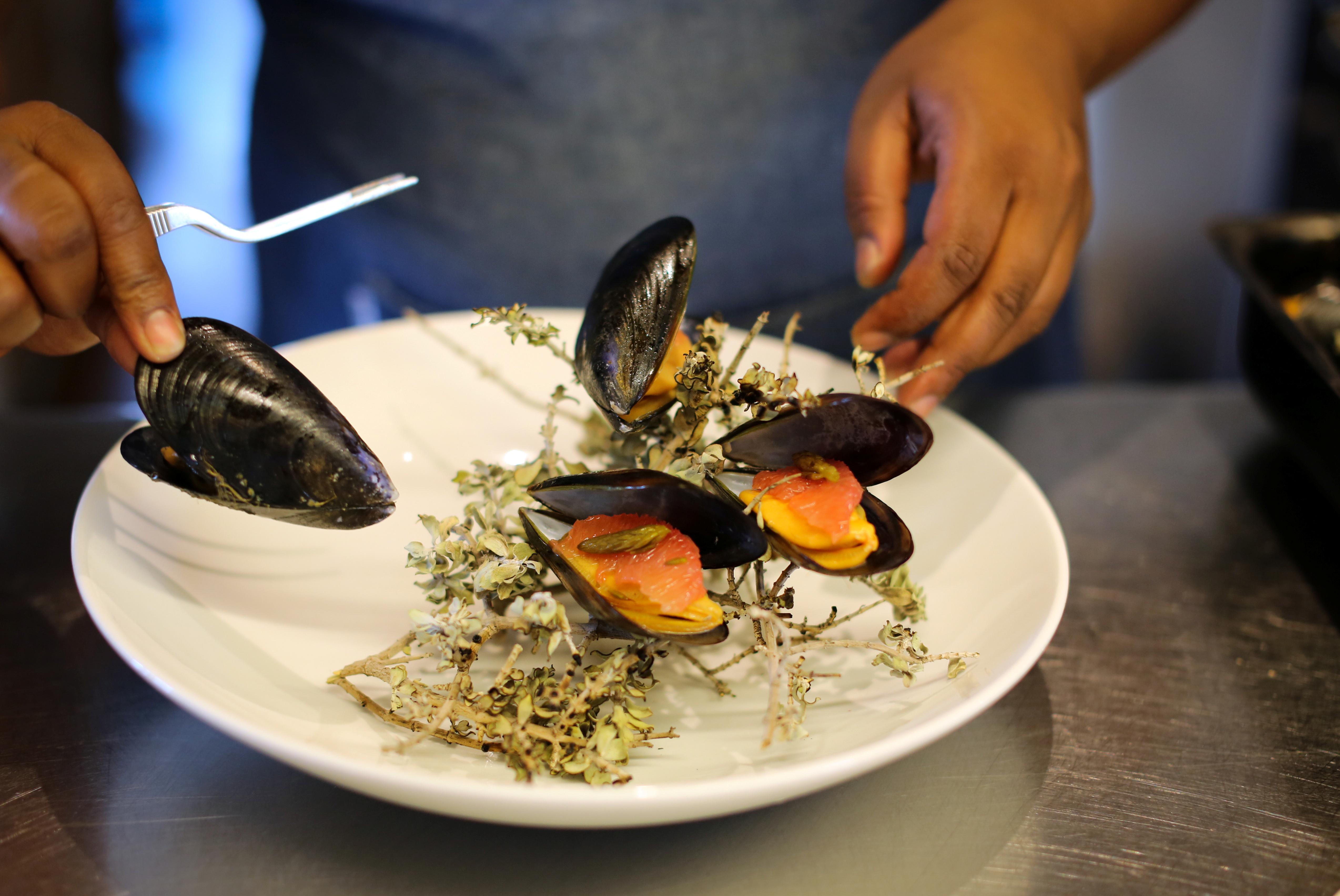 “We certainly don’t aspire to be in the city because the west coast is our muse and I can’t see Wolfgat existing anywhere else,” he said.

His clientele is split evenly between foreign tourists visiting the village and well-heeled South Africans.

But those who make the two-hour drive from Cape Town had better be sure of their reservations before they set out – because he’s fully booked for the next three months.