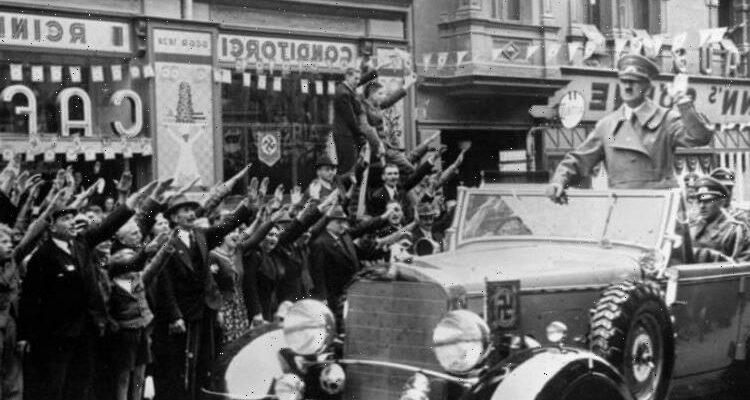 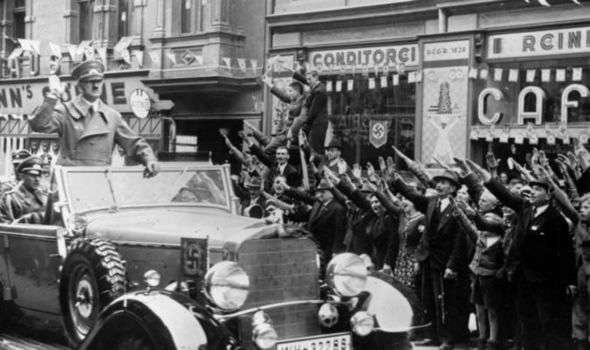 What led the inhabitants of one of the oldest civilisations in Europe to become fascists and Nazis? How did they feel witnessing their neighbours being rounded up and marched away, never to return? What were their thoughts when they realised what was causing that acrid smoke from the nearby concentration camp? And at what point does a citizen stop being an innocent bystander and become a perpetrator of mass murder?

The Final Account, a chilling documentary to be aired on BBC4 tonight, attempts to answer some of those questions ahead of international Holocaust Memorial Day tomorrow.

Its creator, British filmmaker Luke Holland, whose own grandparents died in the Holocaust, interviewed more than 300 former Nazis, or witnesses to their atrocities, over a ten-year period.

Holland, diagnosed with terminal cancer nearly seven years ago, continued to work on Final Account almost up until his death in 2020, aged 71.

His film features deceptively cosy interviews with former SS members, many now dead. In comfortable homes over cups of tea they talked about the Nazi Party. After reminiscing about the fun they had in the Hitler Youth (one joyfully sings a song about sharpening knives “so that they go better into the Jewish belly”) and the glory days of being part of the SS, some seemed unnerved when Holland asked them about Nazi crimes.

He talked to them about Kristallnacht, in which thousands of Jewish buildings and synagogues were burned down, and asked them about the mass murder of six million Jewish men, women and children in Nazi concentration camps.

For many, it appears, this was the first time they had been asked whether they were culpable in one of the greatest crimes man has ever done to man.

The film is a shocking look into a society of silence. Very few Nazis, mostly top brass, were put on trial after the war for this systematic genocide; most moved quietly on with their lives. Several of those Holland interviewed remained astonishingly unrepentant. One refused to accept that the Holocaust ever happened.

Others shrugged… they knew what was going on, but what could they do?

Only one or two of the participants seem to have truly grasped the horror of what they had been part of.

“I didn’t really care that the synagogue was burned down on Kristallnacht. I wasn’t sorry about any of that. I didn’t feel any pity for the Jews.

“Of course, I am proud of being a member of the SS. Not just anyone could join. It was an elite.They weren’t involved in any of those murders. I never witnessed it.

“I won’t accept the SS was a criminal organisation. I would dirty myself to admit to that.And I don’t want to do that.

“The entire SS was recognised as a criminal organisation at the Nuremberg Trials but not at a German court. So I won’t accept that.

“I still honour Hitler. The idea was correct. I don’t share the opinion the Jews should be murdered; they should have been driven out to another country where they could rule themselves.This would have saved a great deal of grief.”

“My mother and father were party members.We were just little boys – I was nine – and we had the task of standing in front of a Jewish department store and we had to link arms.We were not allowed to let anyone through.

“We were always in uniform – all day and all night.And when you are in uniform the whole year round that leaves a mark.

“You have no time to orient yourself as a civilian. I was in the Nazi Political Academy and they were keen that graduates should enter all the professions; it was important that there should be people everywhere who played an elite role in Nazism.

“But everyone hoped to be drafted as early as possible; to become a soldier and go to war. Most of us volunteered for the Waffen SS as we wanted to continue to be the elite.

“The majority of those under Nazism said, after the war, firstly, ‘I didn’t know’. Secondly, ‘I didn’t take part’. And thirdly, ‘If I had known, I would have acted differently’. Everybody tried to distance themselves from the massacres committed under Nazism.

“Me? I wouldn’t have been a perpetrator if I’d had the courage to say, ‘No’ at any point. I didn’t do that; so you could say I am a perpetrator.”

“Aged 14 I became a nanny, looking after the children because their mother worked in the concentration camp.We took the children there sometimes when they wanted to see their mother. She never came home; she normally slept there.

“She worked nights at the canteen. I also went to the cinema in the camp.The prisoners filled my teeth; they sorted my teeth out.There were very nice prisoners who were dentists.They were the kapos, not the Jews.

“Only the poor Jews were killed straight away.When they arrived, they were taken immediately to the gas chamber.

“They burned them immediately.They killed so many people.”

“The Jews were unloaded from the trains and then they had to walk five or six kilometres to the camp. “When they walked past with their wooden clogs, they sounded like a threshing machine. ‘There they come again,’ we’d say to each other.

“Most people benefitted from having the camp here.They could find work and earn money.And those who earned money here were OK with it.You could find advantages in it. Local shops benefitted too, of course.

“Everyone knew but no one said anything. Often the workers had to be carried back on stretchers.They had no food and they were finished.

“The ones who couldn’t work were burned.The ovens were fired up.You could see the smoke from the ovens.You knew what was going on. I often sat by the window so I saw a lot. I remember when the Americans came; a Jeep drove up and they opened the gate. Imagine the rejoicing when they came. How they screamed! But for joy. These were tears of joy.

“The townspeople grew frightened, thinking they would break into houses or something but that didn’t happen.

“The Americans would ring my doorbell late at night. My whole flat was searched. They were looking for my boyfriend who was with the SS. If I hadn’t hid him for nine months, they would have imprisoned him but they didn’t get him.”

“My primary school teacher was a local party operative and he practically raised me to be a Nazi against the wishes of my parents.We had a ‘Jew-themed’ alphabet book. It had a caricature Jew for each letter. I signed up with the SS because they were the elite corps and they had the best tanks. My father wasn’t excited about it and I did it without his knowledge.WhenAdolf Hitler came to power, all who opposed him were arrested; put into concentration camps and killed.

“The intellectual leadership of the resistance was gone and anyone who still protested was promptly killed. People were scared.The heroes you expect to find, there aren’t many of them. I am ashamed today that I joined this organisation. I’m ashamed about the crimes committed.The majority cheered when they bombed London and Coventry to ash, knowing women and children would be killed.

“These are the consequences of letting ourselves be seduced.The concentration camps, the destruction of Warsaw; wherever you go today you have to be ashamed. I belonged to a murderous organisation.We were told those who were ‘unworthy of life’ had to be destroyed. I don’t want anyone to be blind to what we did.”

For his film’s epigraph, Holland wrote: “Perpetrators are not born, they are made.”

Whether the product of nature or nurture, some of the perpetrators he spoke to were still sickeningly proud of what they became.