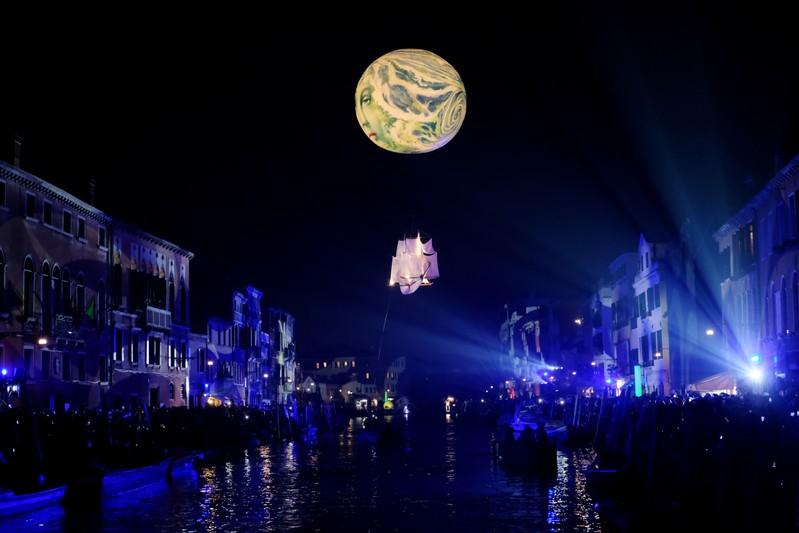 VENICE, Italy (Reuters) – Venice kicked off its annual Carnival festivities on Saturday with a floating, night-time parade down the Rio di Cannaregio, one of the city’s famed canals, starting more than two weeks of celebrations that draw flocks of masked revelers.

Spectators lined the canal as elaborately decorated boats, accompanied by music, made their way down the waterway. The celebrations that precede the period of fasting before Easter will culminate on Fat Tuesday, or Mardi Gras, on March 5.

“Blame the moon” is the theme of this year’s parade, a spokeswoman said, to mark 50 years since man first walked on the moon, and in reference to Shakespeare’s play Othello, where the moon is blamed for driving men mad.

The Venice Carnival tradition dates back centuries and is famous for the stylized masks donned by revelers. In recent decades, the event has become a major tourist attraction for the city.