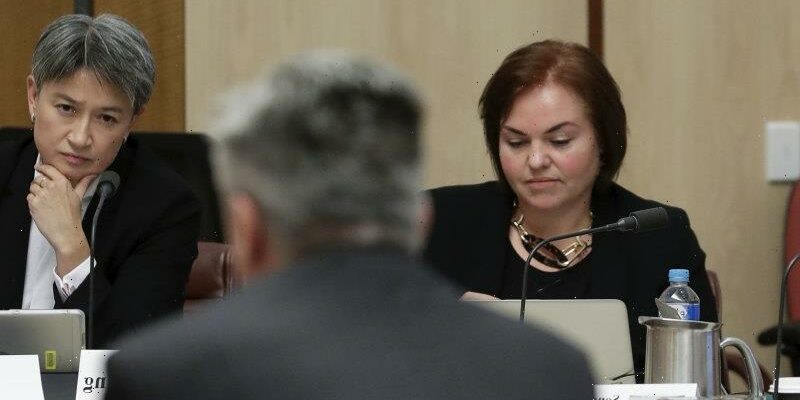 Veiled threats from anonymous sources prompted Labor senator Kimberley Kitching to send text messages to colleagues saying she feared Anthony Albanese wanted her removed from Parliament, in a heavily disputed account of her concerns in the weeks before she died.

Senator Kitching sent a series of messages to colleagues to say she suspected the Labor leader could be behind media reports that criticised her for using parliamentary privilege to accuse billionaire Chau Chak Wing of being an agent of Chinese influence and saying her position in the upper house was yet to be decided. 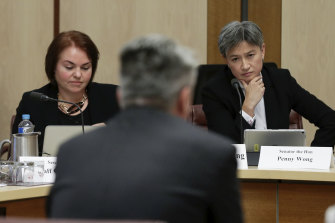 But those close to her acknowledged she did not raise the concerns with Mr Albanese during a long-running dispute in the party about confirming the Victorian candidates to stand for the Senate at the coming federal election.

And supporters of Mr Albanese, who has expressed his sorrow at her death from a suspected heart attack, said he did not express a view that she should be dropped from the Senate ticket because he believed it was a matter for her Victorian factional colleagues to decide.

With the Labor caucus caught up in grief and recrimination over her death, the conflicting accounts of her preselection highlight the pressure she felt in recent weeks when she believed she was under threat from senior party figures and could not be sure whom to trust.

Three of Senator Kitching’s colleagues, two from the Labor Party and one from the Liberal Party, confirmed she had texted them screenshots of recent media stories or told them of the stories quoting anonymous “senior Labor colleagues” who said her preselection was not confirmed.

“She would have read that as being a statement endorsed by Anthony Albanese,” said one caucus member.

“It may have been that Anthony knew nothing about it, but she thought it.”

Asked whether Senator Kitching had called Mr Albanese to ask him to support her and stop any backbiting about her future in Parliament, the caucus member said: “That’s not how you do business.”

In one text message, Senator Kitching sent a screenshot of comments in which an anonymous colleague criticised her for naming Chau Chak Wing in a parliamentary committee hearing when she used the protection of parliamentary privilege to identify someone she believed had tried to recruit Labor candidates.

“She was very anxious about it,” said one friend.

A third said she was “very, very stressed about it” because the anonymous colleague noted her preselection was not decided.

But the concerns were based on conjecture about the sources of the remarks, in part because the journalists who wrote the stories were perceived to be close to Mr Albanese, when several caucus members noted there was no known candidate standing against her.

“I didn’t get any clear sense of any action that was being taken directly against her,” said one Labor MP.

“But you cop shit in this job for standing up for what you believe in, and that’s what she did.”

Another MP familiar with the discussions within the Victorian Right said the delay to the preselection did not mean Senator Kitching was going to be replaced.

“In no conversation I had was that seriously on the table,” he said.

“If you’d asked me who was going to be the Labor Senate candidate, I would have said Kimberley Kitching, no question.”

“When you speak your mind, two things happen: you gain respect, but you antagonise people on your own side”

Senator Kitching’s anxiety over her future in Parliament, as told to her colleagues, shows the pressure on her was wider than the reported isolation she suffered from the Senate leadership team of Penny Wong, Kristina Keneally and Katy Gallagher.

The three Labor frontbenchers issued a joint statement on Friday morning saying they felt it was necessary to respond to the ongoing hurtful statements.

“Our priority at this time has been Senator Kitching’s husband, Andrew, her family and her loved ones. Their grief is profound, their loss immeasurable,” they said.

The opposing accounts of events are themselves a sign of the stress in politics when those elected to public office learn to be wary of party allies because of the intense competition for a prized position in Parliament. Speculation about the sources quoted in media reports rarely reveals those sources.

Close friends of Senator Kitching said she was treated badly by the trio of Senate leaders when they took her off the Labor tactics group in the upper house and gave her very few chances to ask a question in question time. Others said they respected her independence but could see the tension with Senators Wong, Keneally and Gallagher.

“When you speak your mind, two things happen: you gain respect, but you antagonise people on your own side,” said one Liberal.

The claim that Senator Kitching was punished was countered by several who said Mr Albanese named her to his frontbench after the last election ahead of another member of the Victorian Right, Peter Khalil.

In a later reshuffle, however, she lost the position of spokesperson on government accountability despite placing intense pressure on the government, for instance in furore over the removal of Australia Post chief Christine Holgate, and she was given a portfolio supporting Bill Shorten, the former Labor leader and a close friend. She told many contacts, including journalists, she felt this was unfair.

Mr Albanese denied there was a “bullying culture” within the ALP that he needed to address and said he was proud to have Senators Wong, Keneally and Gallagher on his team.

“That’s not to say that we can’t always look to do better,” he added. “Politics is a really tough business.”

“Kimberley Kitching is someone who I appointed to the frontbench. She rose pretty quickly in her second term. She was making a contribution. And it’s an absolute tragedy that contribution was all too short.”

Labor deputy leader Richard Marles, the most senior federal figure in the Victorian branch, said it was wrong to “walk down the path” of speculating on events before her death.

“Kimberley Kitching was an incredible person, you know, we are all experiencing the grief of her loss. It has been sudden, it has been shocking,” he told the Nine Network on Fridays.

Senator Kitching took her place in the upper house in 2016 and spent many years campaigning for a Magnitsky Act so Australia could join allies such as Britain, the US and Canada in placing tougher sanctions on human rights violators including those linked to Russian President Vladimir Putin.

She was honoured with the Sergei Magnitsky Human Rights award at a ceremony in London last November and mourned by human rights campaigners this week.

Her funeral will be held on Monday.