Writer-director Serhat Caradee has probed the motivations of radicalised Arab-Australians who go to fight in Syria for the new film A Lion Returns.

The Turkish-born filmmaker, best known for the 2009 drama Cedar Boys, tells the story of Jamal (Tyler De Nawi), a young tiler married with a child who has been radicalised by his uncle Yahya (Buddy Dannoun) at a troubled time. 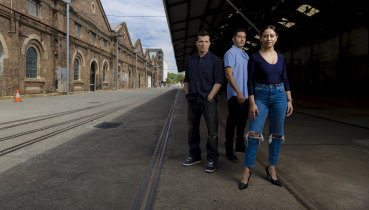 It is a gritty, low-budget drama about a jihadist who, after fighting in Syria, secretly comes back to see his dying mother Manal (Helen Chebatte) but learns the devastating impact of his radicalisation on his university lecturer brother Omar (Danny Elacci) and the rest of the family.

The fictional Jamal contains elements of real life Australians who travelled to Syria to become foreign fighters and have returned. About 100 Australians are reported to have fought with ISIS in the Middle East, with roughly 40 coming back.

While COVID has restricted travel around the world, Caradee believes the insurgency in Idlib, Syria, means the threat of young Australians being radicalised continues despite the declining power of ISIS.

"The activities of the jihad or crusade haven't stopped," he says. "Because of COVID, I think it's quietened down but ISIS – ISIL – is having a resurgence in Idlib. In Australia, the ones who came back, it's hard to say what they're up to and what they're thinking." 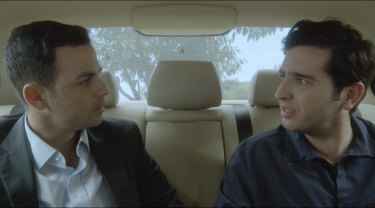 Caradee, who describes himself as non-religious, was inspired to start writing the script by a Herald report in 2016 that Mehmet Biber was living with his wife and young child in western Sydney after returning from Syria. Two years later, he was jailed after pleading guilty to entering a foreign state with intent to engage in armed hostile activity.

"I came here when I was about two-and-a-half so I don't have that direct Arabic link," Caradee says. "I'm interested because Turkey was involved in the early days. Turkey was allowing a lot of foreign fighters from all over the planet safe passage into Syria."

So was Caradee intrigued by how a jihadist thought or did he want to make impressionable young men aware of the consequences?

"Both," he says. "The thing that really drove me to make it was the idea that once young men or women make a decision to go over, their lives will be irreparably damaged. You're hurting the people you leave behind and there's the risk you're never coming back.

"I'm also interested in what causes people to go down this path of radicalisation. Most of them are looking for answers – something to follow, some sort of movement to join – so they're prime targets for recruitment. And Islam has a global reach and is always in the media."

Caradee says he ensured the cultural authenticity by extensive research and casting close to the cultural heritage of the characters.

"I wanted to make sure that Jamal had a voice about the reasons he went over there," he says. "I wanted to hear his perspective on why he went there and what drives him, whether it's based on religion or territory or fighting against the West.

"[Jihadists] might say the West is involved in bombing us over there but this is where the contradiction lies: some of those militant groups over there are funded by the West – the UK, Saudi Arabia, the US, Turkey at one point. 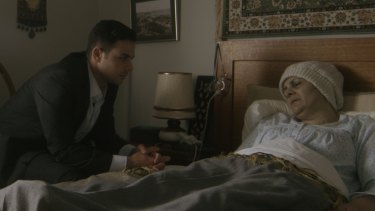 "That conflicts with his brother's perspective on why what he did was wrong and how it demonised Arabs even more."

As a Lebanese-Australian, De Nawi says he related to the drama in the film.

"Terrorism is not just an Islamic problem," he says. "It's a human problem. It's in the world that we live in. I'm a Muslim and I'm saying 'no, not in my name'."

Elacci says the film reflects the issues facing the Arabic-Australian community when he first read the script.

"There was always debate about who's right and who's wrong and the reasons that people go over there to fight," he says. "Everybody had their own opinion about what was going on but not really understanding the whole story."

A Lion Returns opens in cinemas on November 5.