Over the past two months, Josh Trimble has watched his 6-month-old daughter Opal — his youngest child — go from a healthy baby to one battling a rare illness.

Trimble, also the father of a 5-year-old son and 3-year-old daughter, developed a touching way to let Opal know he is always with her, even when he has to leave the hospital to take care of her brother and sister.

As Trimble was saying goodbye to Opal at the Children’s Center Rehabilitation Hospital in Bethany, Oklahoma, last week, he pounded on his chest as he stood over Opal’s crib. Without missing a beat, Opal mimicked her dad and pounded her chest, too.

“That moment of me beating on my chest was actually Opal and I sharing a heartbeat,” Trimble told “Good Morning America.” “I was letting her know that even though we may not be there physically together, we share a heartbeat.”

The fact that Opal mimicked Trimble’s arm movement was more than just a touching moment for Trimble and his wife, Opal’s mom Gretchen Trimble, who captured the moment on video to show to doctors. It was a sign of just how far their daughter has come since being diagnosed at 4 months old with acute flaccid myelitis (AFM), a rare condition that affects the nervous system.

“That day in particular we were praying about her not only mobility but her intentionallity in deciding to move a certain way, and our focus was on her arms,” said Josh Trimble. 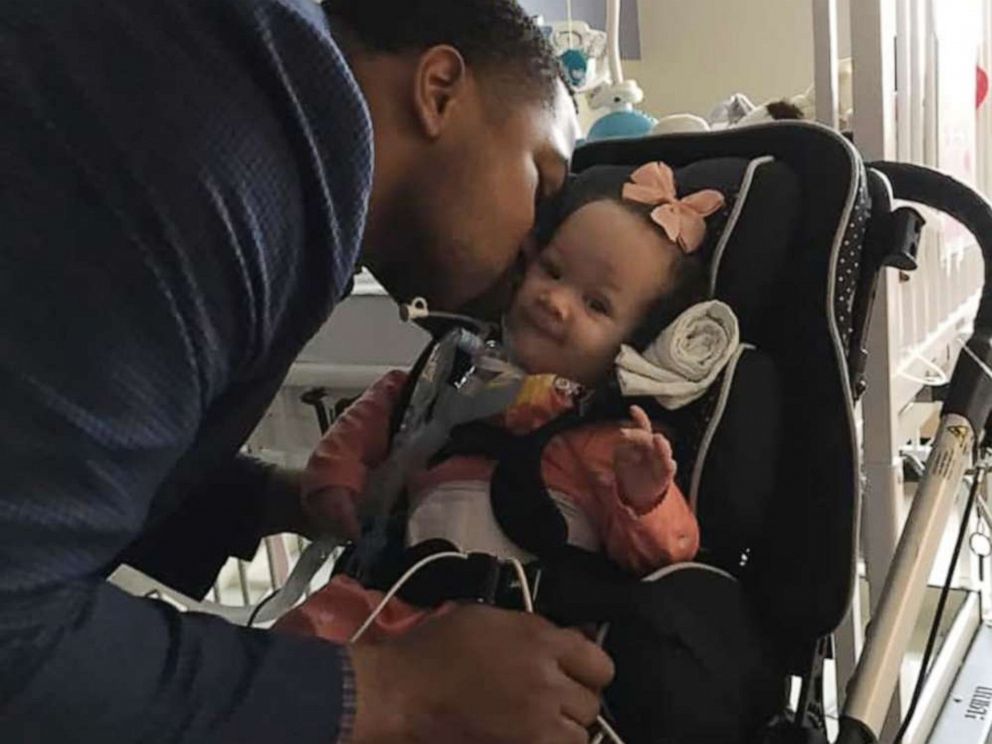 “We had just finished some hard days of physical therapy for Opal, and her physical therapist had been trying to get her to reach out for things,” added Gretchen Trimble. “We were just so encouraged because the fact that she was mimicking him told us she knew what she wanted to do and she did it.”

Opal, of Shawnee, Oklahoma, was first diagnosed with the flu but then received a diagnosis of AFM, a condition so rare that the Centers for Disease Control and Prevention (CDC) did not start surveillance on it until 2014.

Less than two out of a million children in the U.S. will get AFM every year, according to the CDC. The condition affects gray matter in the spinal cord and weakens the muscles and reflexes in the body.

Opal spent nearly seven weeks in the pediatric intensive care unit of a local hospital, where she was immobile for much of that time. 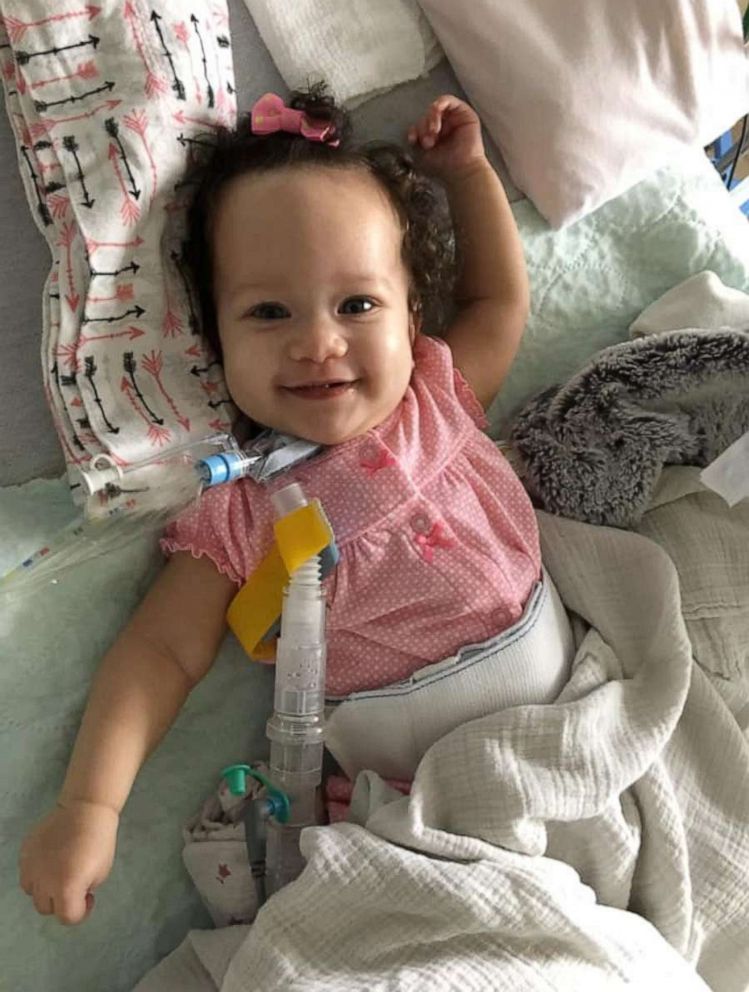 “The treatment she received was at best experimental because no one knows if it’s effective,’ said Gretchen Trimble, adding that doctors said Opal is the youngest documented case of AFM.

Opal was transferred two weeks ago to the Children’s Center Rehabilitation Hospital, where she has been undergoing intensive therapy and rehabilitation.

“It is remarkable to see her spirit and to see how just bright and happy she is through all of it,” said Dr. Michael Johnson, medical director of the hospital and a member of Opal’s care team. “She is the youngest [patient] we have come to us with this diagnosis and each case [of AFM] is different.” 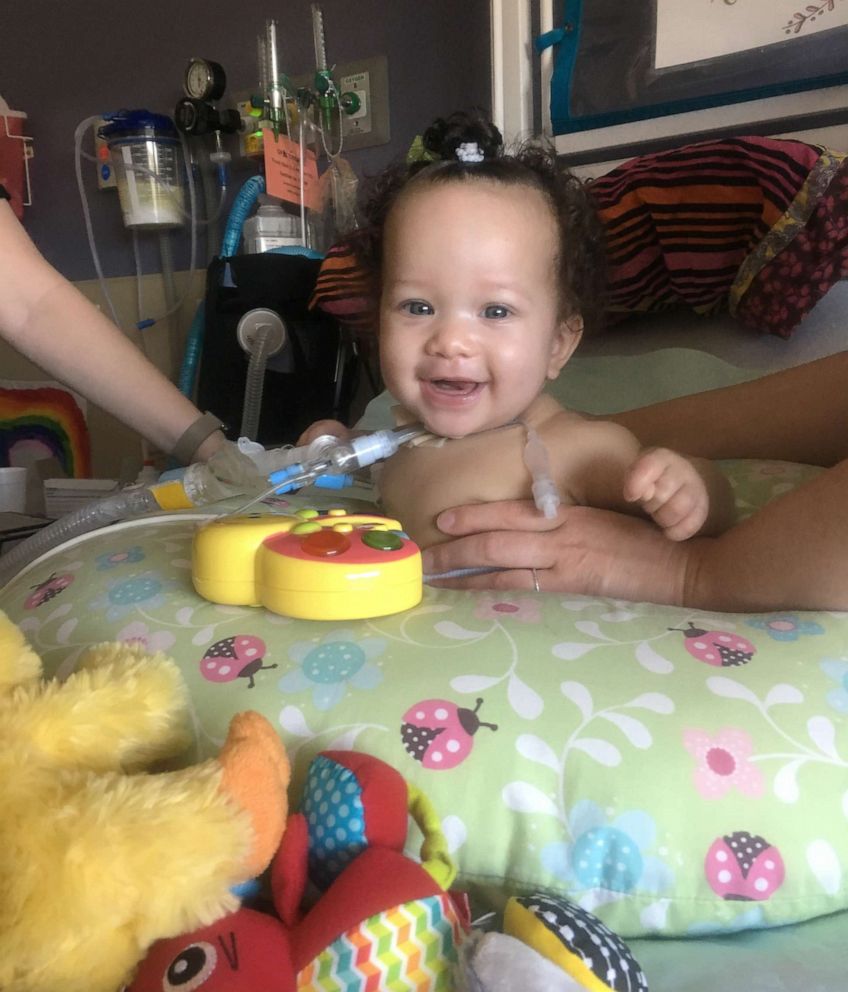 Johnson said he was encouraged by the video of Opal mimicking her dad because the arm area is where doctors have seen the most improvement in Opals recovery so far.

There is no known confirmed cause of AFM — although experts think viruses play a role — and no specific treatment.

“We had some really dark days in the beginning but early on, even in the darkest, scariest moments, we’ve learned that we always have something to be thankful for,” said Gretchen Trimble, who oversees a Team Trimble Facebook page that shares updates on Opal. “When we focused on the small things to be thankful for, that gave us the power and the energy to take the next step.” 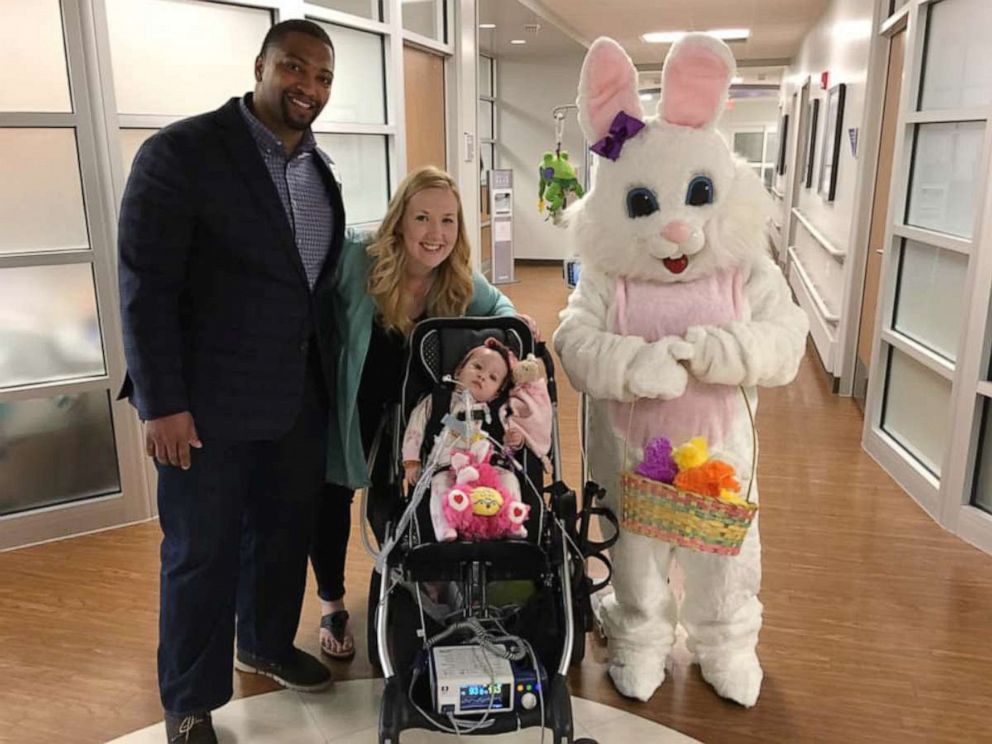 Opal has continued to do the arm movement she mimicked in the video, according to both her parents.

“She seems to initiate it with Josh,” said Gretchen Trimble. “She sees Daddy and starts doing it on her own.”

The Trimbles say they plan to continue to pursue every avenue of recovery for their daughter, relying on their own faith and Opal’s strength in hopes of a full recovery.

“Opal is stronger than us combined, not only mentally but also proving to be very strong physically as well,” said Josh. “If you could touch her arms, you could immediately feel her strength. If you could see her smile, you’d immediately be impacted by it.”