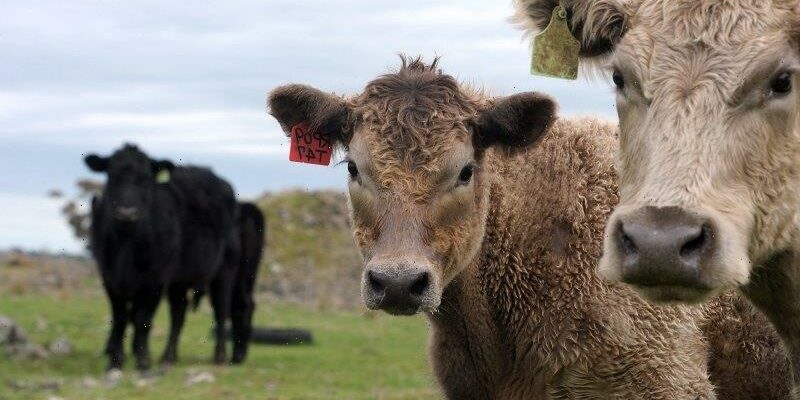 Australian farmers must boost environmental credentials and cut greenhouse emissions if they want to maintain access to the $72 billion export market, Agriculture Minister Murray Watt warns as he jets off for crucial trade talks with the United Kingdom and the European Union.

The EU last year introduced tough new land-clearing protections that could be applied to block access to Australian beef and grains into the lucrative, premium market, just as Trade Minister Don Farrell finalises negotiations with the bloc for a free-trade deal. 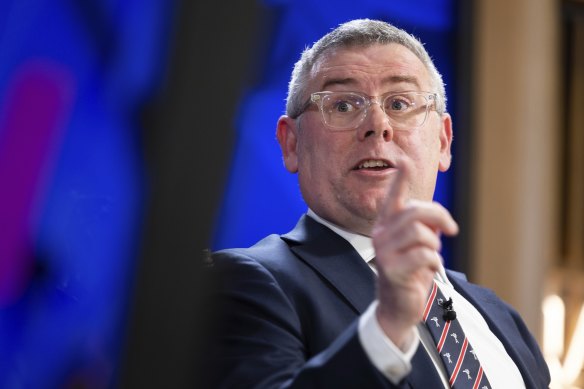 “Australian agriculture’s ability to continue exporting to the world is really tied to our performance on sustainability,” Watt told The Sydney Morning Herald and The Age.

He said agriculture must play its part in meeting the Australia’s climate target of 43 per cent from 2005 levels by 2030 and net-zero emissions by 2050, but confirmed no specific targets would be imposed on the sector.

“If you speak to farmers and farm groups, they get that their ability to maintain these markets depends on continuing to improve sustainability,” Watt said.

The National Farmers’ Federation has set a target for net-zero emissions by 2050. GrainGrowers, the peak lobby group for the $13 billion industry, has endorsed the federation’s plan and committed to develop a grain-specific emissions target for 2030 within the next 18 months, while the red meat sector set a goal back in 2017 to reach net-zero by 2030.

Watt said the UK free trade agreement is on track to be ratified within the first quarter of this year and the EU trade deal, still being negotiated, could be finalised by the middle of the year.

Sustainability is a key requirement of the EU trade agreement and Watt was confident Australia’s environmental regulations and the agriculture industry’s focus on sustainability would help seal the deal.

“I want people to have a true picture of the really important work that Australian producers are doing to continue improving their sustainability because it’s obviously important from an environmental perspective, but it’s vital for our trade as well,” Watt said.

Farmers generate about 16 per cent of the nation’s emissions, compared to 18 per cent for transport and 33 per cent for electricity. The sector bucked the trend of other industries, with emissions rising 3.3 per cent in the year to September 2022, when the most recent figures are available, as livestock herds continued to rebound from drought. 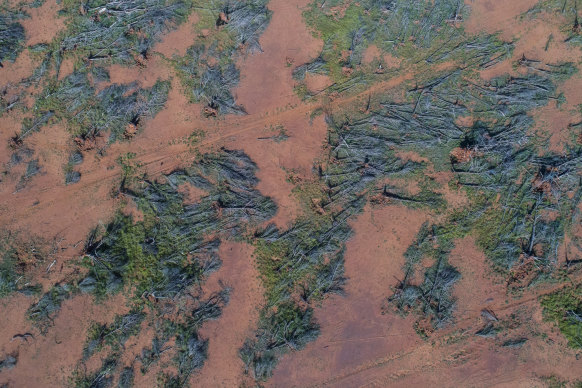 Reducing emissions is a challenge for farmers, who do not have ready access to clean technologies to cut the chief sources of their emissions. Seaweed-feed additives are being developed to reduce methane-laden burps from cattle and sheep but is not widely available commercially. Similarly, there are not many clean technology alternatives to diesel-powered farm machinery.

The government has set compulsory emissions caps on the nation’s 215 biggest industrial polluters, who are permitted to reduce their greenhouse gas contribution by buying carbon offsets.

A major source of the offsets will be farmers selling credits generated by carbon sequestration projects on their land, such as tree planting or reducing herd sizes to cut livestock emissions. But once sold, farmers would have to find more land to take out of production if they wanted to generate offsets for their own emissions.

Carbon offsets are controversial in the European Union, which plans to phase out industry access to the trade by 2034.

Last year, the European Parliament adopted tough protections against land clearing, which would force international companies to prove they are not bringing in products from land that had been cleared of forest, or environmentally degraded, dating back to 2020.

Watt said the government was confident these deforestation protections would not hurt Australian producers as Europe drafted them to apply to agricultural production on cleared rainforest land in nations such as Brazil.

But the livestock industry is aware the European Union could switch its focus to Australia in the future.

According to government data, 680,688 hectares of woody vegetation was cleared in Queensland in 2018-19, mostly on grazing land, and the Australian Conservation Foundation reported that only 4 per cent was assessed by the former Morrison government for compliance with national environment laws.