Former employees of high-profile companies reveal ‘secrets’ they learned on the job, from Hollister hiring staff ‘on looks’ to the ‘science’ behind McDonald’s larger straws

Former employees of large corporations are spilling the ‘secrets’ that they learned on the job in a series of eye-opening videos that expose the culture and policies at major companies.

TikTok user @annaxjames started the trend with her own clip about her experience working at Hollister, which is owned by Abercrombie & Fitch Co., claiming the brand would only allow attractive ‘models’ to interact with customers.

‘If you have worked for a large corporation like a chain of a restaurant or retail place, want to hear all of the secrets that only the employees would know,’ Anna said at the start of the viral video. 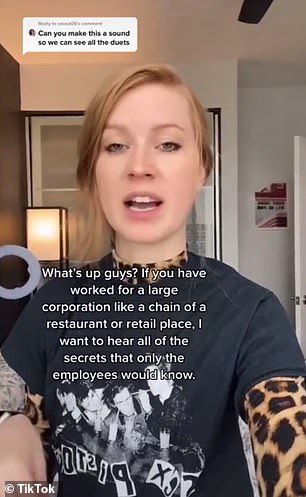 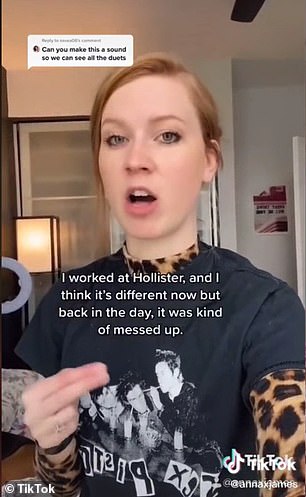 Request: TikTok user @annaxjames asked people who worked for large corporations to share ‘secrets’ about the companies that only employees would know

The former retail employee went on to talk about how ‘messed up’ Hollister was when she worked for the brand ‘back in the day.’ She alleged there were only two positions at the store: back stock and model.

According to Anna, only the ‘models’ were allowed to work the floor and interact with customers. She said they were called models because Hollister would choose employees to appear in the brand’s ads.

‘In order to be a model, you had to be attractive and in the interview process, they rate you on a scale of 1-10,’ she claimed. ‘You had to keep your hair and makeup natural. You couldn’t paint your nails and you were only allowed to wear their clothes that were navy blue and white, including shoes.’

Anna recalled having to wear ‘flimsy little flip flops’ during her shifts because they were the only shoes the store offered at the time, but that wasn’t even the half of it.

‘Every Black Friday, they always picked the skinniest girl to work in the front with the shirtless guy and they paid them more than everyone else for being the prettiest,’ she said. ‘It was so messed up. It was always just on looks.’

Hollister and its parent company Abercrombie & Fitch, Co. have long been accused of hiring employees based on their attractiveness.

In 2010, Gawker published an email from a former Hollister manager who alleged they were ‘reminded daily to hire 9s and 10s.’ Other former Hollister employees corroborated the allegations on Reddit.

DailyMail.com has reached out to Abercrombie & Fitch, Co. for comment.

Anna’s story inspired others to duet her video and share their own experiences. BuzzFeed rounded up some of the posts, including Michael Ryan’s videos about his time at McDonald’s.

Michael, who is known by @evilglitterqueen on the platform, had plenty to say about his former employer and its famous food.

‘They have so much science behind everything,’ he said, explaining the straws are purposely larger ‘because it lets more carbonation hit your tongue and makes the soda tastes better.’

He also claimed that the fast-food chain commissions Coca-Cola to make a special syrup with more sugar and flavor.

McDonald’s has confirmed the reasoning behind its wider straws on its website, but the company doesn’t make any mention of a special syrup.

According to the chain, the Coca-Cola syrup is pre-chilled before it enters the fountain dispensers, and the ratio of syrup is strategically set to allow for ice to melt, which is why it tastes so good.

Michael went on to allege that the chicken is injected with a salt/water mixture ‘to keep it moist but also flavorful.’ The practice is actually common in the food industry, though it’s uncle if McDonald’s utilizes it. 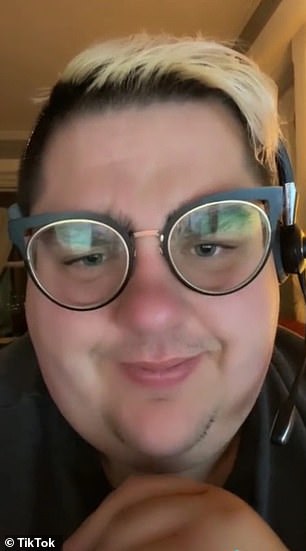 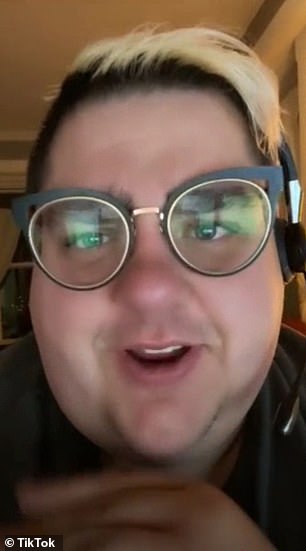 Whoah: Michael Ryan, who is known by @evilglitterqueen on TikTok, said McDonald’s straws are larger ‘because it lets more carbonation hit your tongue and makes the soda tastes better’ 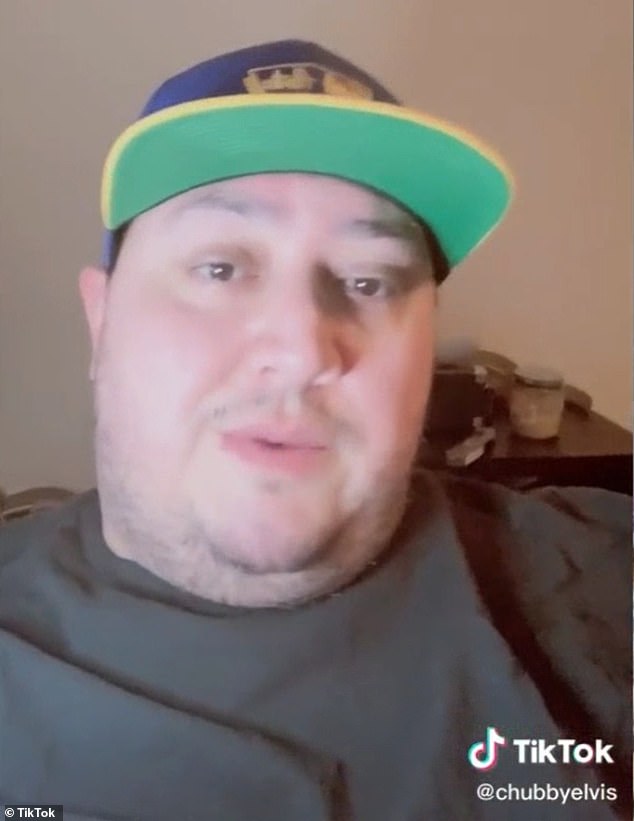 Don’t do it: In another clip, TikTok user @chubbyelvis shared his tips for shopping at Best Buy. He advisesd to avoid buying the company’s protection plans 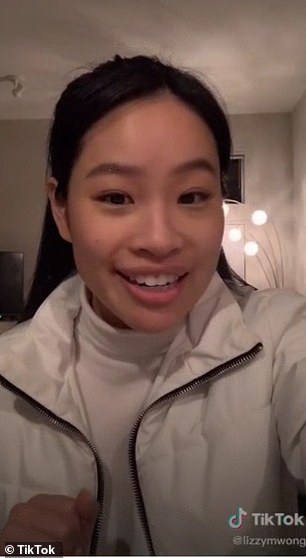 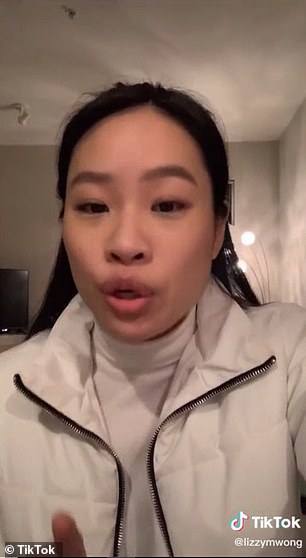 Good to know: Former Target employee Lizzy Wong ( @lizzymwong ) opened up about how to save money at the retailer by taking advantage of its price-match guarantee

The former fast-food employee added that the chicken nuggets are ‘not that processed’ and are actually made by Tyson under a private label.

As for McDonald’s ice cream machine, he claimed that it only gets cleaned once a week and the ice cream is made from whole whipping cream.

Meanwhile, former Target employee Lizzy Wong (@lizzymwong) opened up about how to save money at the retailer by taking advantage of its price-match guarantee.

‘Target actually prices matches all of its competitor prices, including Walmart, including Amazon,’ she said.

Lizzy explained that all you have to do is go to guest services and show them that a competitor is offering the same product at a lower price and they’ll match it.

She also advised buying Apple products at Target when they come with gift cards because you can still price-match.

‘You can get a better price and you can get the gift card on top of that,’ she said. ‘So that’s what I be doing at Target. It saves me hella money.’

Melanie, who is known as @tomictango on Tiktok, also shared price-saving strategies. She alleged that Kohl’s trains employees to give customers the discounts they are fighting for if the amount is less than 50 per cent off of the original price. 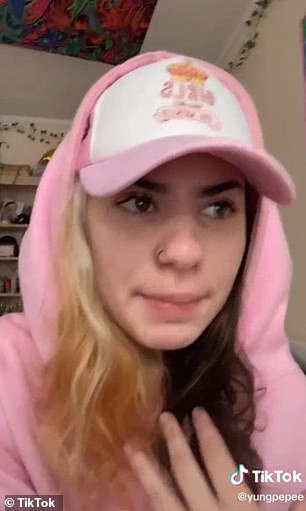 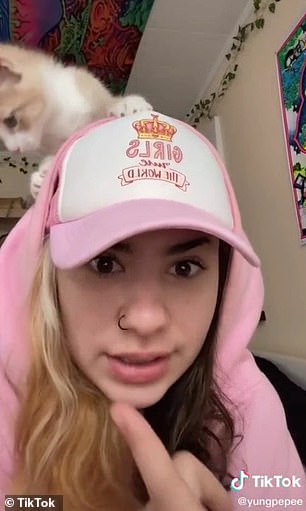 For real? One of the most interesting claims came from TikTok user @yungpepee , who alleged that employees at Marshall’s aren’t allowed to do anything to shoplifters 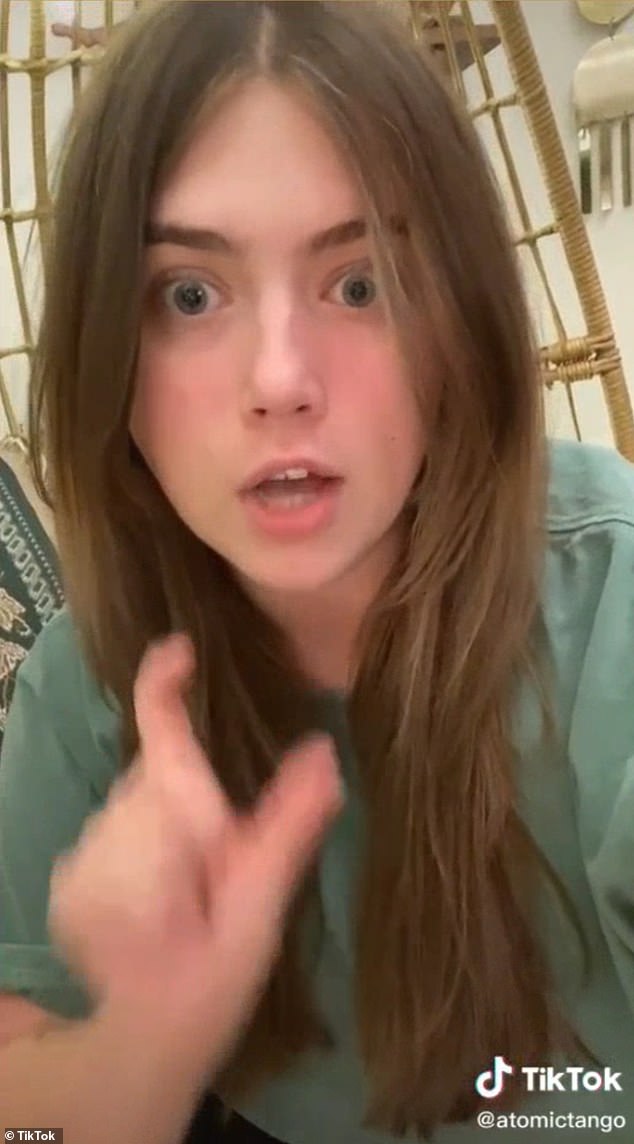 Wow: Melanie, who is known as @tomictango on Tiktok, alleged Kohl’s employees are trained to give customers the discounts they are fighting for if the amount is less than 50 per cent off

‘If you were fighting for an item to be 40 percent off, we were supposed to just give it to you, not call a manager, argue with you or anything,’ she explained, noting the policy may have changed since she worked there a few years ago.

Melania also talked about how Kohl’s charge card holders get sent coupons for either 10 per cent, 20 per cent, or 30 per cent off. She claimed you can always get the highest discount by telling the store’s cashier that you left your 30 per cent coupon off at home because they’ll just give it to you.

One of the most interesting claims came from TikTok user @yungpepee, who alleged that employees at Marshall’s aren’t allowed to do anything to shoplifters.

The former cashier recalled how a customer reported seeing someone steal makeup, but she couldn’t do anything about it because of company policy.

According to the TikToker, TJX Companies — including Marshall’s, HomeGoods, TJ Maxx, and Sierra Trading Post — are legally not allowed to accuse customers of stealing.

‘By their logic, we could be putting the whole rest of the store in danger if we go up and confront them,’ she said. ‘Granted, we can still go up and be like, “Did you find everything OK?” But that’s about it.’

In another clip, TikTok user @chubbyelvis shared his tips for shopping at Best Buy after working for the company for nearly a decade.

While many are tempted to buy Best Buy’s protection plan when making big-ticket purchases, he advised against it, claiming that if something breaks within a year of purchase, the store will return it and give the customer a gift card as credit.

‘If they tell you they can’t honor a manufacturer warranty, they’re full of s**t,’ he insisted. ‘Ask for a manager.’