Today, May 3, 2022, fans are celebrating 20 years of Spider-Man in movies. Spider-Man premiered on May 3, 2002, and the film forever changed the trajectory of the friendly neighborhood superhero in cinema. Since then, Sony and Marvel have released eight movies starring three different actors as Spider-Man. And while fans argue over who the best Spider-Man is, we’ve compiled a ranking of the eight films, from worst to best.

Don’t get us wrong — Andrew Garfield is absolutely electric as Spider-Man. He was the perfect casting for the superhero, but it’s unfortunate that Sony stuck him with The Amazing Spider-Man series.

Both movies suffered from boring villains and stagnant writing. However, The Amazing Spider-Man 2 was the worst of the bunch.

Garfield and Emma Stone were brilliant as the movie’s central duo, but instead of concentrating more on them, the film introduced one-layer characters that took the focus away from their chemistry. As a result, The Amazing Spider-Man 2 had one too many villains and a confusing plot. But we’ll never forget that heartbreaking finale and Garfield’s anguished performance.

Whereas the first two Spider-Man movies with Tobey Maguire were home runs, Spider-Man 3 struck out. Due to creative differences between Sony and director Sam Raimi, the third Spider-Man film suffered the same fate as The Amazing Spider-Man 2 — there were too many villains.

Sandman, Venom, and Harry Osborn as the new Green Goblin were all significant characters from the comic books, and it was impossible to portray all of them in one movie properly. Unfortunately, the plot became cluttered and challenging to follow, and it was an unfortunate ending to an otherwise terrific franchise. However, per Fandango, Raimi is open to making Spider-Man 4, so hopefully, he and Maguire get a second chance to stick the landing.

But one good thing came out of this Spider-Man movie — the meme of Tobey Maguire’s terrible dancing. If you know, you know.

As if we couldn’t praise Andrew Garfield enough, we will do some more for his work in the movie, The Amazing Spider-Man. The film alone didn’t do much to separate itself from Sam Raimi’s series, and Lizard wasn’t a particularly interesting villain. However, Garfield was amazing, so it’s easy to look past some of the movie’s flaws.

The Amazing Spider-Man introduced the world to Garfield’s interpretation of the character. And fans immediately fell in love with the actor. Garfield’s physical performance as Spider-Man in the movie is particularly memorable, and he’s easily the best part of this series. Plus, the love story between Peter and Gwen is one for the ages, even if it did end tragically.

Spider-Man: Far From Home was the second film in the Marvel Cinematic Universe’s Spider-Man movie series. And although it is the weakest one, it still has all of the heart and comedy of a classic Marvel film.

The movie gracefully handled Peter Parker’s grief after Tony Stark died in Avengers: Endgame. Plus, it introduced the innocent teen romance between Peter and Zendaya’s MJ. And Jake Gyllenhaal’s villainous turn as Mysterio was a breath of fresh air.

But when comparing Spider-Man: Far From Home to a few of the other movies on this list, it’s a less memorable tale. 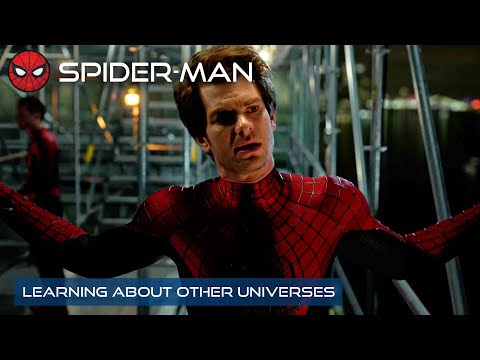 The first MCU Spider-Man film reminded viewers that Spider-Man is only a kid, and it’s easy to forget that when he’s frequently facing life or death situations. But through Tony Stark’s mentorship and Holland’s youthful performance, fans finally got an origin story that accurately portrayed Peter Parker as who he is — a teenager who happens to be a superhero.

Spider-Man: Homecoming also has the best plot twist of any Spider-Man movie. If you say your jaw wasn’t on the floor after Michael Keaton’s Vulture opened the door for Peter to take Liz to homecoming, we don’t believe you.

If filmmakers want to understand how to make a sequel that matches the first movie’s success, they can look to Spider-Man 2. Tobey Maguire’s second outing as the superhero was more emotional than the first one as he was persistent that he couldn’t have a normal life as Spider-Man. And having his personal issues affect his powers was a stroke of genius.

Plus, Spider-Man 2 introduced Alfred Molina’s Doctor Octopus to the world. The villain was deeply complex, and the actor was excellent in crafting the pull between Otto and his evil counterpart.

Overall, Spider-Man 2‘s story was captivating from beginning to end, making it one of the best superhero sequels ever made.

Although there are many great movies on this Spider-Man list, it’s difficult to beat the original. Only one film could do it, but we’ll get to that shortly.

Spider-Man expertly tells the origin story of Peter Parker, who Tobey Maguire expertly portrayed as an awkward, caring young adult. From Peter getting bit by the spider to jumping from building to building as he learned how to navigate his powers, every scene in the film is unforgettable. Plus, there’s Spider-Man and MJ’s upside-down kiss, Uncle Ben’s heartbreaking death, and we could go on and on about the iconic moments from this movie.

And it would be remiss of us to discuss Spider-Man without praising Willem Dafoe as the Green Goblin. The actor was compelling and chilling as he switched back and forth between playing Norman Osborn and the Goblin. His performance is one that should’ve gotten numerous awards.

Spider-Man: No Way Home tops our list for many reasons, but the most outstanding one is because the movie is a thoughtful tribute to three generations of Spider-Man on the big screen.

Tom Holland, Andrew Garfield, and Tobey Maguire exuded chemistry when they shared scenes. And yes, perhaps some of the film’s plot was convenient, but we don’t care. Seeing the three Spider-Men in one movie in theaters was an experience many will not soon forget.

Spider-Man: No Way Home navigated its complicated plot beautifully, which still blows our minds. How were there so many characters in a film that dealt with the multiverse, yet it never seemed jumbled? Plus, it incorporated Garfield and Maguire’s characters while still keeping the spotlight on Holland’s Peter. Peter Parker’s story in the MCU finally came full circle in the movie, and it felt like a satisfying conclusion to his character arc.

And whereas we complained about the overabundance of villains in The Amazing Spider-Man 2 and Spider-Man 3, Spider-Man: No Way Home masterfully handled its five different villains by prioritizing one of them — the Green Goblin. The director and writers understood that Willem Dafoe’s portrayal of the Goblin is one of the best villain performances in the history of cinema. And Dafoe further proved that point in the film.