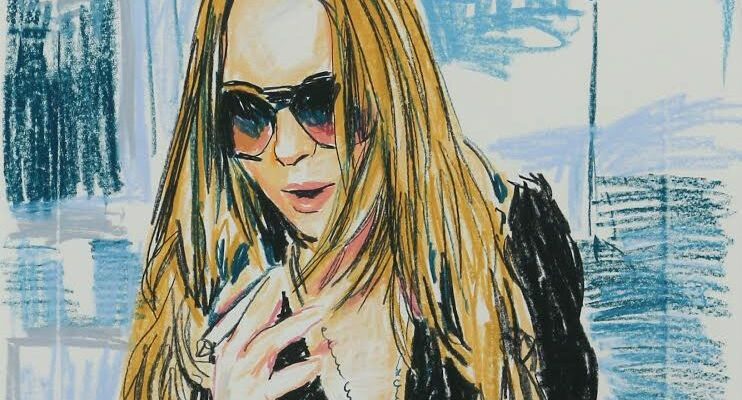 Like many of us, artist Enoc Perez has spent a lot of time scrolling through Instagram in the past year. “I don’t know if I’m addicted to Instagram; I like looking at it a lot because there’s so many good images,” he says. “I’m an image hoarder.”

He’s put the hoarding to good use, plucking images from his collection and filtering them through his art practice to make sense of the chaos. Perez collects images from social media sources like Instagram and Twitter, and reinterprets the subjects by drawing them, often collaging disparate imagery into the same piece. A suite of his newest works are on view in the solo exhibition “Recent Drawings,” which opens at Skarstedt gallery in East Hampton on May 27.

“I throw drawings together in an effort to understand what I’m living through or what I’m looking at,” says Perez. “It’s a path to think about things, and as a visual artist to try to put down what I cannot describe with words,” he adds. “To find poetry in everyday life and to also look at what’s scary about the world we’re in.”

His drawings include the scenic view from an airplane window, cars and pop iconography; Perez thinks of culture’s biggest celebrities as living symbols of society. Viewers will recognize familiar personalities depicted in his drawings — Lindsay Lohan, Justin Bieber, Miley Cyrus — and Perez includes contextual clues to the source of his imagery by including hashtags and “like” counts. His Miley Cyrus drawing began with an Instagram post of the singer eating a banana, which he noticed was liked by none other than New York Times art critic Roberta Smith.

Stores Reopen for Shoppers in LA and NYC

“Roberta Smith, who’s probably one of the greatest art critics, in this time she’s also looking at someone like Miley Cyrus, like as I was. It makes me feel like I’m part of a bigger world,” says Perez, who added bird imagery and a T-shirt slogan he spotted someone wearing at the grocery store — “Hell Is Other People” — into the piece. 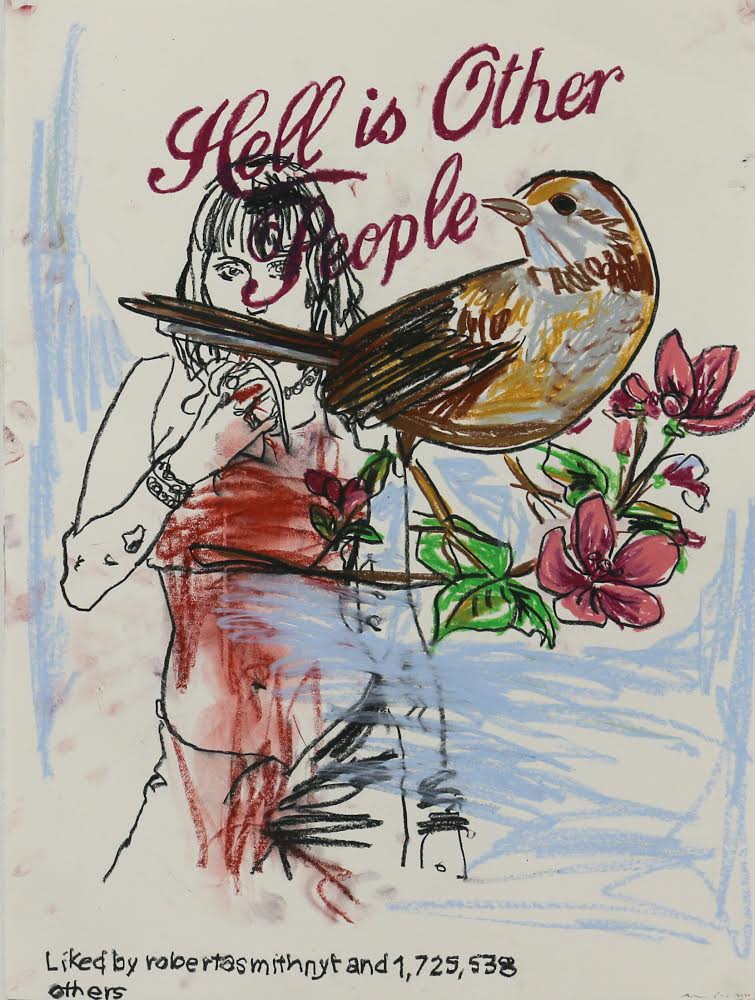 Perez splits his time between his studios in Astoria and East Hampton, although he spent the majority of the pandemic working out east. He has two young sons, and found himself most productive at night, when everyone else had gone to sleep. “It took me back to my student years, because I used to work at night when I was in my early twenties,” he says, adding that the limitations also pushed him to focus on smaller-scale projects. “So that was kind of refreshing for me.”

Memorial Day Weekend is also the last chance to check out his solo exhibition “Paradise” at Guild Hall in East Hampton. The show, which closes on May 31, explores the devastating effect of recent natural disasters in Puerto Rico. The works are also an investigation into his own identity, and how its been affected by xenophobia in recent years. Several works in the show (and on view at Skarstedt) are based on a T-shirt design, with the image replicated over and over on top of itself.

“It’s about how much paint I can throw on that canvas and keep an image that is legible,” says Perez. “And it’s the same for what’s happened with my identity as a Puerto Rican American. How much can you take and keep yourself legible in one piece?” 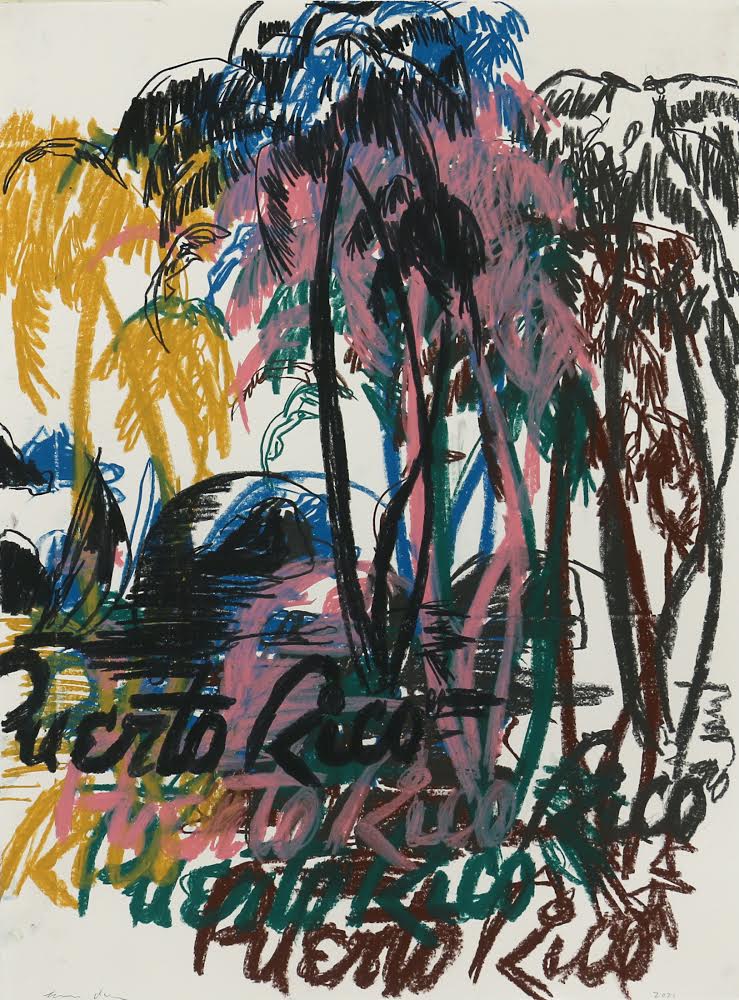 More From the Eye:

Peter Saul Hasn’t Run Out of New Subjects to Paint

Painter Francesco Clemente on the Journey of Our Times