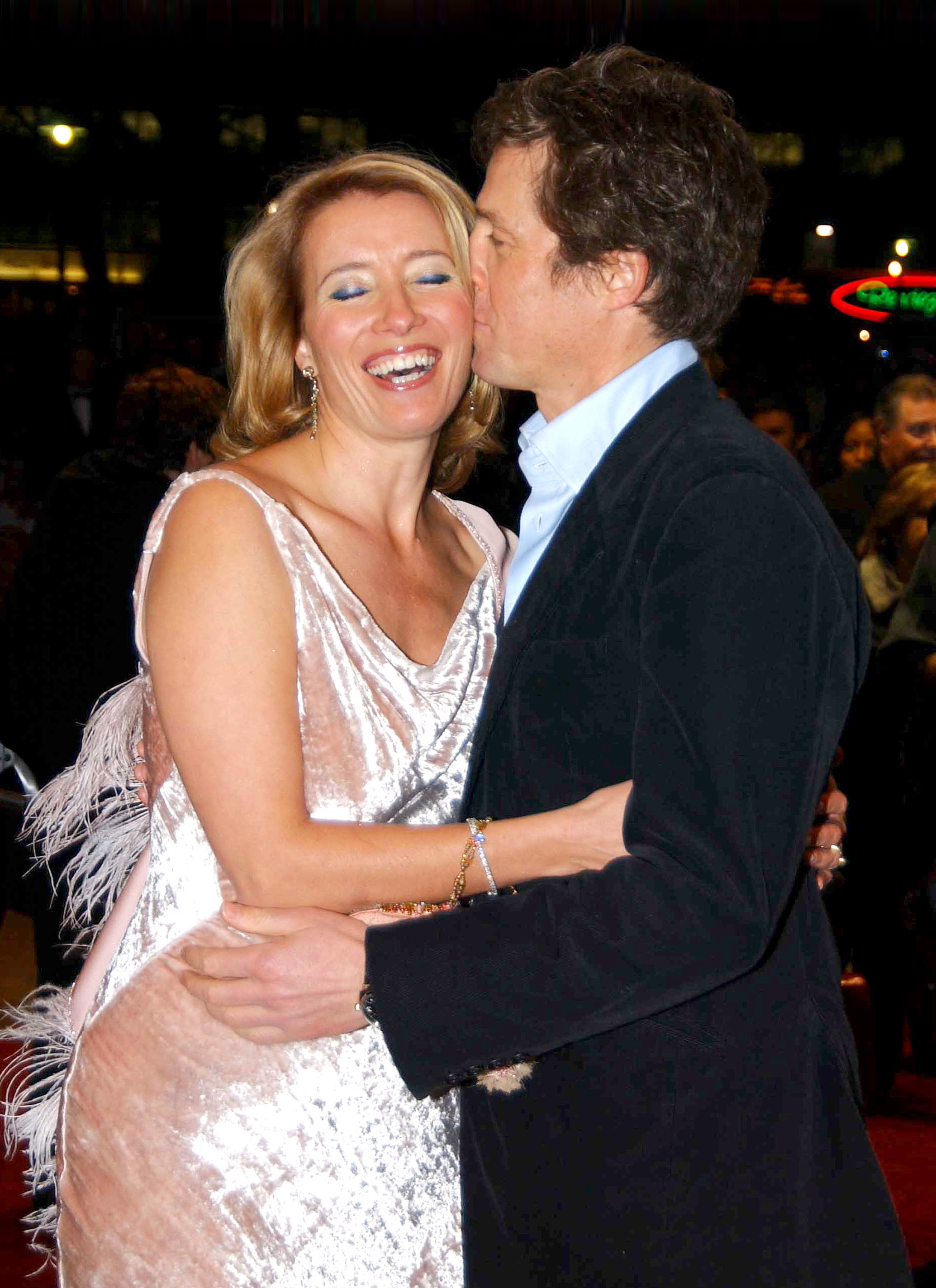 Reliving their filmography. Emma Thompson and Hugh Grant‘s rom-com Love Actually quickly became a huge hit when it premiered in 2003 — but the actor initially wasn’t so sure about the project.

‘Love Actually’ Cast: Where Are They Now?

Ahead of a 20th anniversary special for the film, Thompson, 63, recalled the moment Grant, 62, discussed his reaction to the beloved holiday movie. “Hugh came up behind me as we were walking out and said, ‘Is that the most psychotic thing we’ve ever been in?’” the actress shared on Tuesday, November 22, during a sneak peek at The Laughter & Secrets of Love Actually: 20 Years Later – A Diane Sawyer Special.

In the clip, Grant replied to his costar, adding, “Did I say that?”

Thompson and Grant, who played siblings in Love Actually, previously worked together on other projects including 1991’s Impromptu, 1993’s The Remains of the Day and 1995’s Sense and Sensibility.

During the promo for the anniversary special, Thompson explained why the holiday film became such an iconic movie. “[It’s about] love and all its messiness and its unexpectedness in that you’ll find love in the weirdest places,” she told Diana Sawyer in the clip.

The Stranger Than Fiction star previously discussed how her personal life influenced the moment her character finds out that her husband (portrayed by Rickman) is cheating on her.

Inside Kenneth Branagh’s Past With Emma Thompson, Helena Bonham Carter

“That scene where my character is standing by the bed crying is so well known because it’s something everyone’s been through. I had my heart very badly broken by Ken,” the Academy Award winner told The Telegraph in 2018, referring to her marriage to ex-husband Kenneth Branagh, who cheated on her with Helena Bonham Carter. “So I knew what it was like to find the necklace that wasn’t meant for me. Well it wasn’t exactly that, but we’ve all been through it.”

The former couple, who tied the knot in 1989, made headlines when they announced their separation after six years of marriage. Thompson later addressed how Branagh’s affair with Carter, 56, led to the end of their relationship.

“I was utterly, utterly blind to the fact that he had relationships with other women on set,” she told The New Yorker in a profile published earlier this month. “What I learned was how easy it is to be blinded by your own desire to deceive yourself.”

The England native continued, “I was half alive. Any sense of being a lovable or worthy person had gone completely.”

A Look Back at Emma Thompson and Kenneth Branagh’s Relationship

Following her split from Branagh, 61, the Cruella actress moved on with Greg Wise. The pair exchanged vows in 2003 after eight years of dating and share two children, 36-year-old Tindyebwa Agaba and 22-year-old Gaia.

During her interview with The New Yorker, Thompson praised Wise, 56, for being the person “who picked up the pieces and put them back together” after her divorce.