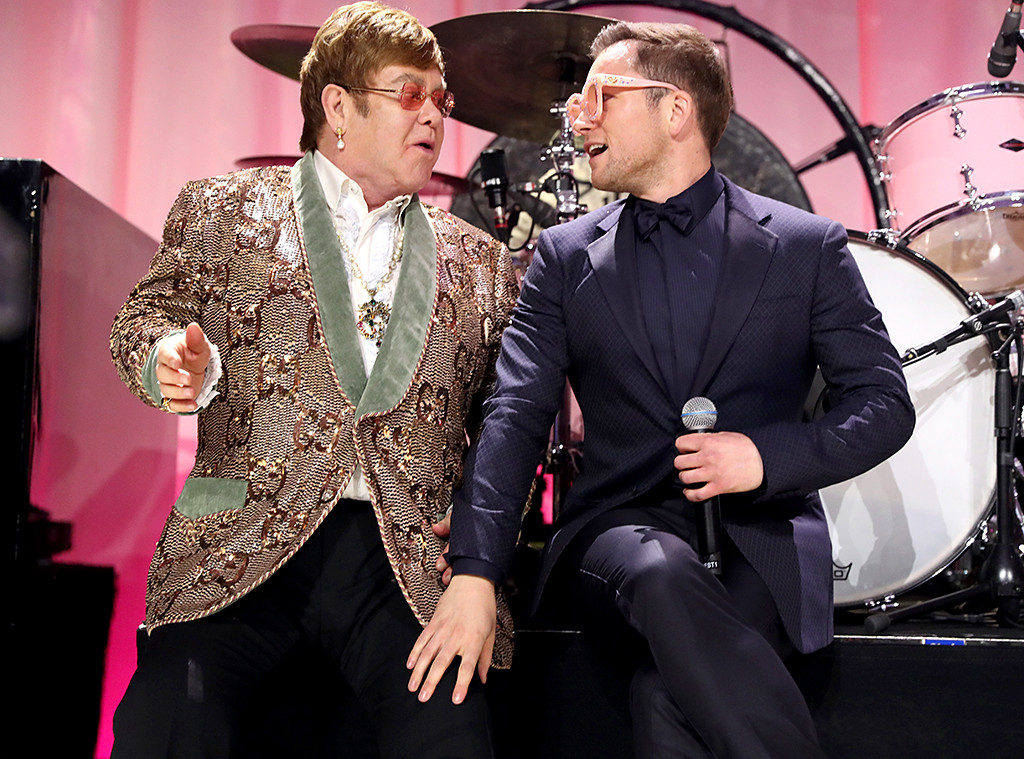 One of the best performances at the 2019 Oscars may have happened outside the Dolby Theatre.

During the auction portion of the event, guests were treated to an unexpected surprise. Elton welcomed Rocketman star Taron Egerton to the stage for a special performance of “Tiny Dancer.”

“Rocketmen  @eltonjohn,” Taron shared on Instagram with the heart emoji  after the special performance.

Rocketman tells the incredible story of Elton’s breakthrough years. The film, scheduled for release on May 31, follows his journey of transformation from shy piano prodigy Reginald Dwight into international superstar.

As it turns out, Elton and Taron’s duet wasn’t the only memorable moment of the night.

The singer also performed alongside The Killers before the band played several of their biggest hits. According to an eyewitness, Paris Hilton was happily dancing with everyone surrounding her.

“She brought so much fun energy with her everywhere she went,” a source shared with E! News. Teddi Mellencamp and Aisha Tyler were also loving the band who performed their singles including “Mr. Brightside.”

The event ultimately raised over $6.3 million for the global effort to end AIDS. Safe to say it was quite the successful event.