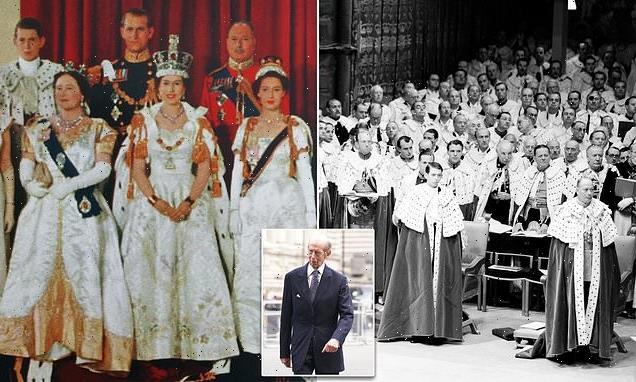 The Duke of Kent has labelled his role in the Queen’s Coronation in 1953 ‘daunting’ – and admitted his ‘chief anxiety was that I’d forget my lines’ in his upcoming memoir.

In his new book ‘A Royal Life,’ Her Majesty’s cousin, 86, details the events following his uncle King George VI’s death at Sandringham at the age of 56 – including the Queen’s Coronation, reported The Telegraph.

He recalls in his memoir, set for release later this month, how he was nervous about his lines after being told he would have a prominent role in the ceremony.

Then aged 17, the Duke was informed he would be seated in front of the peers alongside his cousin Prince Philip, the Duke of Edinburgh, and his uncle, Prince Henry, Duke of Gloucester, as one of the three royal dukes who would pay homage to the Queen after the Archbishop of Canterbury.

‘My chief anxiety was that I would forget my lines. I had been given the impression that I had to remember them so I had learned them by heart,’ he recalls. 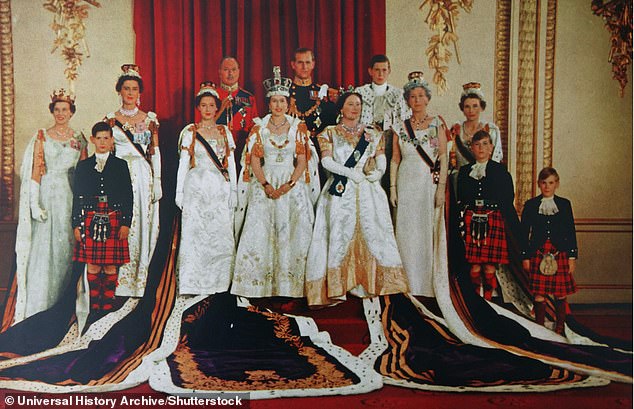 The Royal Family photographed at Buckingham Palace after the Coronation of Queen Elizabeth in 1953. The Duke of Kent third on back row 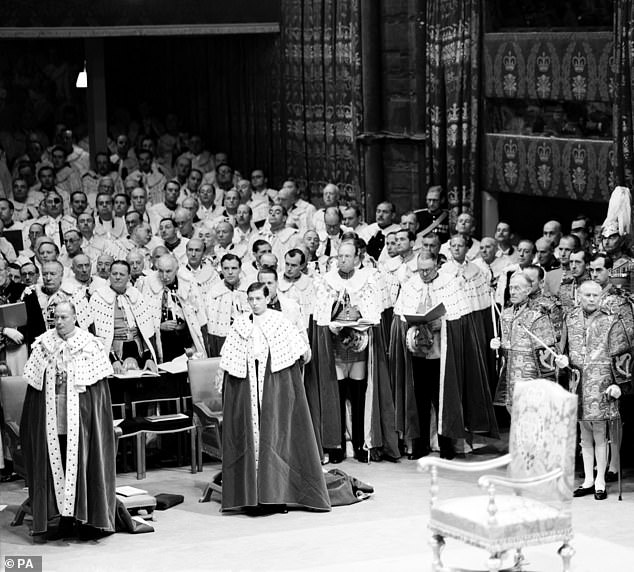 Rows of peers in Westminster Abbey during the Coronation service of Queen Elizabeth II. In the foreground left to right are the Duke of Gloucester and the Duke of Kent

The Duke of Kent, 82, pictured attending the memorial service for the Duke of Edinburgh. He recalls in his new book being afraid that he would forget his lines during the Queen’s Coronation

However, when his moment came, the Bishop of Durham held up a card with the words the Duke would need to read on it.

‘It was quite daunting,’ admits the Duke, as he recalls remembering that the moment would be watched on TV by people all around the world.

He adds: ‘The whole service was pretty long and it was certainly very impressive. It got to the point where people were eating sandwiches out of their coronets.’

In 1952, King George VI had gone to London Airport to wave off Princess Elizabeth and the Duke of Edinburgh as they embarked on a tour of the Commonwealth. Yet they only got as far as Kenya when the news of his death brought them quickly home.

The Duke of Kent, then aged 16, was at school at Le Rosey in Switzerland at the time and recalls hearing the news early in the morning before being flown back to RAF Northolt to return to his family home in Buckinghamshire, Coppins.

Looking back 69 years on the Duke says that this was his first major experience of a royal ceremony. 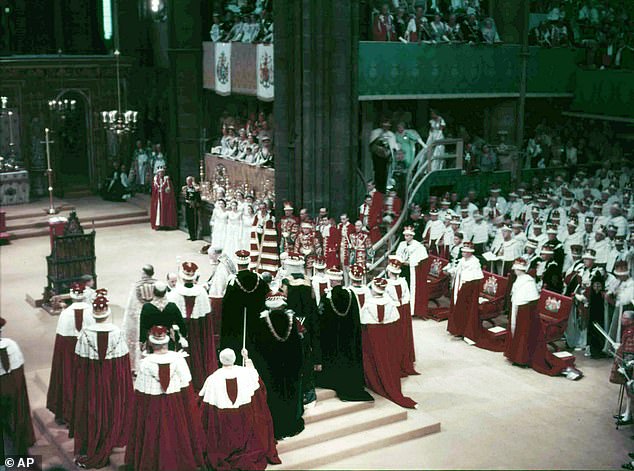 The Coronation at Westminster Abbey in 1953. In front of crimson chairs, right, are from left to right, Duke of Edinburgh, Duke of Gloucester and Duke of Kent

The king’s body was transported by train from Sandringham and taken in procession to Westminster Hall.

The Duke recalls arriving with his mother, Princess Marina of Greece and Denmark, and following the Queen and other members of the royal family in for the service, which was lead by the Archbishop of York.

The young royal says that on the day of the funeral he joined the Dukes of Edinburgh, Gloucester and Windsor for the funeral procession walking in front of visiting kings and presidents.

This was the first time that the Duke of Kent had ever met his uncle, the Duke of Windsor. He says that his mother had never spoken about him in ‘polite terms.’

The Duke of Windsor did not who Edward was and asked ‘who is that boy?’