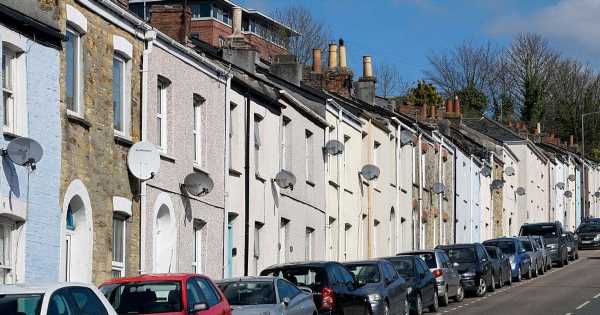 A new motoring law is said to be introduced later this year and it could impact many drivers.

The new rule could have a devastating effect on families with fines of up to £70 – even if they're stopped right outside their homes.

According to Mark Tongue, Director of Select Car Leasing, a ban is 100% needed, but said more information was needed.

He warned there were "no clear guidelines" if Brits could not park on their own drives and forced to stop on the street.

The new law could become more of a problem for larger families with a mum and dad owning cars, as well as an older child.

Mark said: "A pavement parking ban is 100% needed nationwide – anything that puts pedestrians at an increased risk requires action.

"However, the information given so far is slightly confusing for drivers."

He added: "At the moment, there are no clear guidelines for those who park on the pavement due to having no room on their own drive.

"Most households have more than one car, so it will be interesting to see where motorists are expected to park if not on the pavement outside their homes.

"Clear guidance is required for drivers so they know the correct location to park in order to avoid a fine."

The Department for Transport (DfT) said if a national ban was introduced, there would be no exemptions for Blue Badge holders and businesses, except for short-term delivery firms.

It is believed exceptions would be granted for emergency service vehicles or highway maintenance cars.

The DfT said the scheme would establish a general rule against pavement parking except where there are specific permissions.

However, the Department for Transport warned the new rules would be the "most significant change" to parking law in decades.

This is because each local authority would need to commit to a "substantial amount of work" to prepare for it.