What Donald Trump and Xi Jinping did in Buenos Aires was buy time. Three months, in fact. Which is good when measured against the alternative: which was a full-blown trade and broader economic war between the two countries. Which in turn had the potential to trigger a further collapse in global market sentiment, particularly coming on the back of other negative trends emerging in both the US and Chinese domestic economies.

But a word of caution to markets, even from those of us who have been arguing publicly that on balance a deal of some sort between China and the US was more probable than not: one swallow doth not a summer make. Much can still unravel. Both Trump and Xi have indeed bought valuable, though limited, time for themselves and the world. But for different reasons.

There are five complex baskets of policy disagreements to work through. First, the current annual $370bn bilateral trade deficit needs to be reduced. Major Chinese purchases of American natural gas will account for much of this, and probably at the expense of Qatar and Australia, both US allies. Trump also stressed that China would begin to purchase more agricultural products, though what exactly this will entail is unclear.

One radical solution from China might be to propose a phased but quick reduction of average tariff rates to zero (or as close to zero as you can get). That would capture global market sentiment big time by rowing back the current tide of global protectionism, putting flesh on the bones of Xi’s Davos declaration in January 2017 as the champion of free trade.

Then there are the three hardy perennials: intellectual property protection; forced technology transfer (a US term); and the use of the full resources of the Chinese state to support China’s stated national industrial strategy (Made in China 2025) to dominate global advanced technology markets and product standards by 2030. These three are the really ugly ones.

Setting a deadline of 1 March 2019 to resolve these five problems is smart. Particularly if it’s driven hard by the prospect of a further working-level summit with Trump and Xi later in March. Alternatively, it can be argued that 90 days is so ambitious that it’s unrealistic, and sets both sides up for failure. 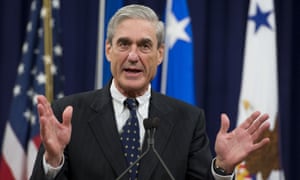 But this delay also serves Trump and Xi in additional ways. By March, Trump will have a fuller idea of the lay of his domestic economic and political landscape. He will then know the extent of any significant softening in the economy already induced by monetary policy tightening by the Fed, and the extent to which the American economy could then sustain further tariffs should the efforts of Chinese and American officials have come to naught.

On the political front, the Mueller investigation should also have reported by March. If the results of the investigation are seriously bad for Trump, then we should be alert to the possibility of Trump having a renewed interest post-Mueller in doubling down against China – if he is found then to have been compromised on Russia. That certainly is an “X factor” that our Chinese friends are worried about.

March, however, also presents Xi and his chief economic adviser, Liu He, with opportunities of their own. A serious commitment to trade liberalisation from Beijing, accompanied by the underlying message of competitive neutrality between private firms and state-owned enterprises, would reinforce Liu’s valiant efforts in recent months to re-prosecute the full implementation of China’s stalled “phase two” economic reform programme, first announced in 2013. This is something that China desperately needs for its own economic interests. Private sector business confidence has been stalling since early 2018, well before the trade war became a reality.

On the international front, March would also enable Xi to take a bold trade message to Davos in January, should he decide to go. China has sought to mobilise global sentiment in support of its efforts to uphold the global economic and environmental order. A major Chinese announcement on trade liberalisation across the board, not just on a bilateral basis with the US, could take the world by storm. It would also send a stark signal to the world on the 40th anniversary of the Chinese economy’s “reform and opening up”. And that indeed could represent a serious new challenge to American global leadership.

• Kevin Rudd is a former prime minister of Australia and president of the Asia Society Policy Institute in New York.