Donald S. Smith, an anti-abortion crusader who was both the writer and the executive producer of “The Silent Scream,” a controversial 1984 documentary that professed to show a fetus experiencing distress and pain during an abortion at 12 weeks, died on Jan. 30 in Wenatchee, Wash. He was 94.

Crusade for Life, the anti-abortion organization he founded, posted the news of his death on its website.

Mr. Smith was working in public relations and advertising when he began to turn his attention to the abortion issue. He and Dr. Bernard N. Nathanson, an obstetrician-gynecologist who had once performed abortions but had become an abortion opponent, joined forces to make “The Silent Scream” through American Portrait Films, a company Mr. Smith had formed.

Mr. Smith’s promotional efforts included distributing videocassette copies of the movie to every member of Congress and every justice on the Supreme Court, as well as various state officials. The movie was widely criticized as exploitative and scientifically suspect by Planned Parenthood and other groups, but it became a pivotal weapon of the anti-abortion movement.

“Accurate or not,” The Los Angeles Times wrote in 1985, “the 28-minute film — translated into six languages and seen by millions on television news reports and religious shows and in private screenings before school and church groups — has intensified the longstanding fight over abortion and turned it into a high-tech propaganda war.”

Mr. Smith called the film “the atom bomb of the anti-abortion movement.” His biography on the Crusade for Life website says “The Silent Scream” “has become the most viewed piece of anti-abortion information in the world.”

Donald Schellin Smith was born on June 19, 1924, in Chicago to Donald Francis and Minnie Helen (Schellin) Smith. He served in the Army Air Corps during World War II and earned degrees in philosophy and physical sciences at the University of Chicago. 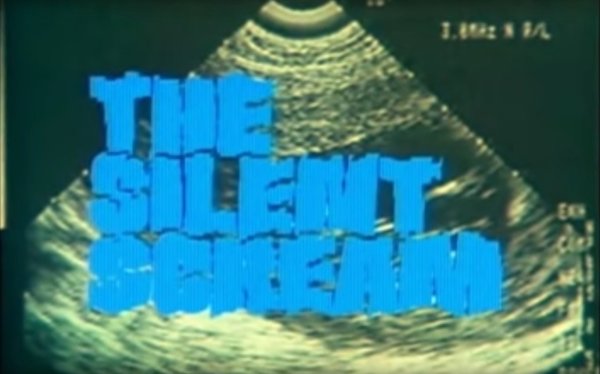 After working as an instructor at Keesler Air Force Base in Mississippi, he became a technical writer at Hughes Aircraft in California and then started a public relations and advertising concern, Donald S. Smith Associates, in Anaheim, Calif.

He founded Crusade for Life in 1970 and turned his attention to making anti-abortion materials. In the 1980s, for a documentary he was making called “Conceived in Liberty,” he approached Dr. Nathanson, whose anti-abortion efforts had included showing sonogram images of an abortion. Mr. Smith wanted to borrow some for his film.

The two men decided to make an entire film built around the sonogram imagery, with Dr. Nathanson the on-camera narrator.

“We see the child’s mouth wide open in a silent scream,” Dr. Nathanson, who died in 2011, says about 17 minutes into the film.

Abortion rights advocates and some medical experts called the scene manipulative, explaining that a 12-week-old fetus does not have a brain or developed neural pathways and therefore, they argued, cannot experience pain.

Among the movie’s admirers was President Ronald Reagan. In January 1985, addressing a large anti-abortion rally in Washington, he called it “chilling documentation of the horror of abortion.”

Among Mr. Smith’s other efforts for his cause was “Innocent Blood: America’s Final Trial,” a novel he published in 2010. It is the story of a fictional South Carolina governor who becomes president and — as the description on Crusade for Life’s website puts it — “overrides the U.S. Supreme Court with a powerful creative strategy that assures unalienable protection for the unborn child from the moment of conception.”

Mr. Smith married Virginia Lyons in 1946; at her death they had been married 55 years. Mr. Smith, who moved to Washington State from California in 2012, is survived by three sons, Allan, Philip and Andy; three daughters, Pamela Dongilli, Marcie Holder and Claudia Segger; 18 grandchildren; and seven great-grandchildren.