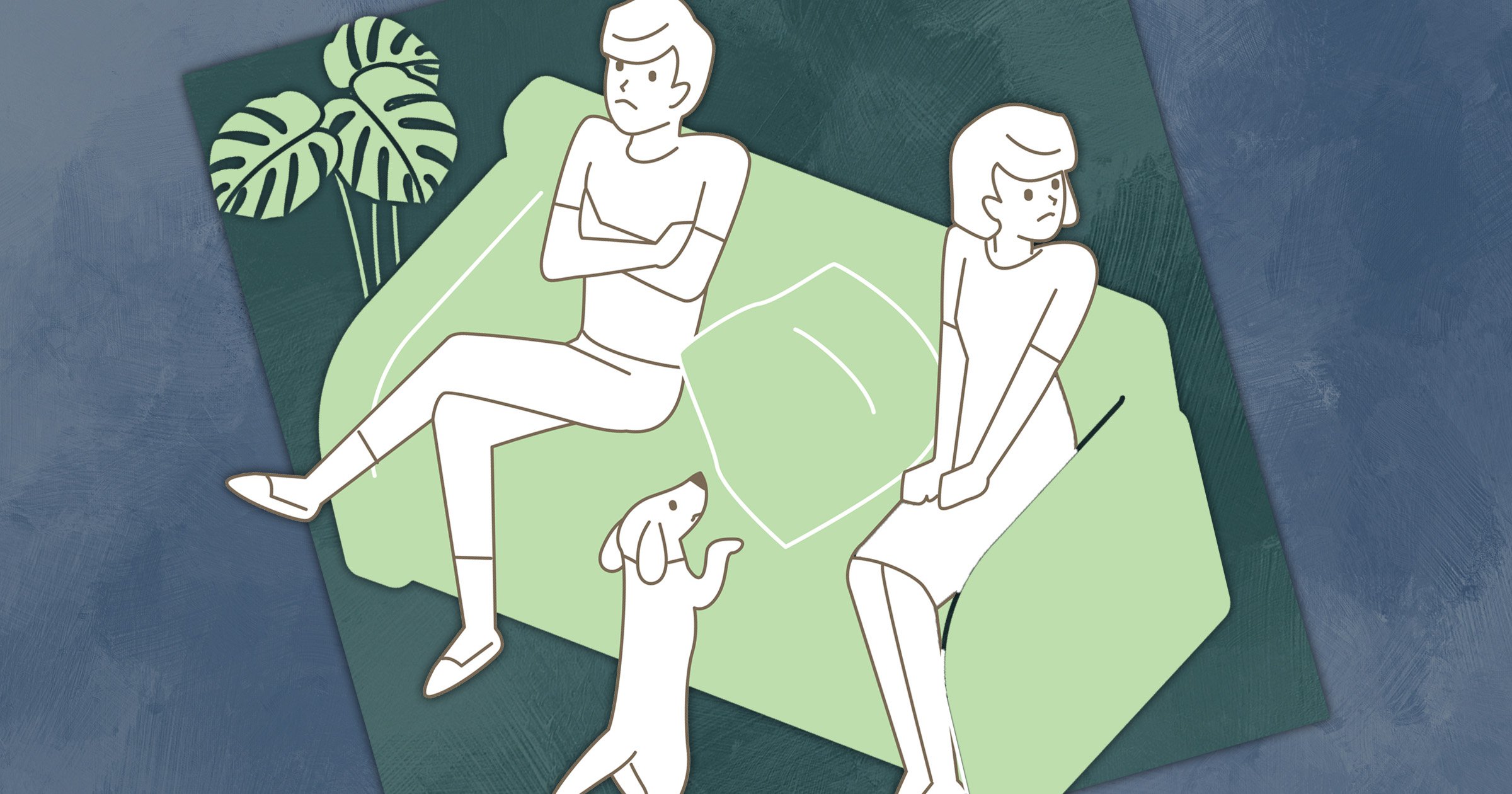 When you’re in the throes of love, settling down and getting a pet with your partner can feel like the most tempting thing in the world.

Whether you start small with a hamster or rabbit, or go straight in with a puppy, getting a pet often seems like the logical next step in a relationship.

But what happens when you break up?

Vic, 47, from Spalding, had been with her ex-husband for nearly 20 years when they divorced.

They’d had pets throughout their whole relationship and, by the time it ended, were the proud parents of one cat and one dog.

‘When it came to the end of the relationship, of course there was sadness but it was the right thing to do,’ she tells Metro.co.uk.

‘I missed the dog but we both knew she was his dog – she simply loved him far more than she tolerated me.

‘Likewise, the cat, Frankie, was much more “my” cat.

‘When I hear about people who have awful pet custody battles, I feel very fortunate we were able to agree amicably.’

Not everyone is so fortunate, though.

According to researchfrom Direct Let Pet Insurance, more than a quarter of the some 101,500 divorce cases in the UK last year involved the custody or care of a dog or cat, a number that is likely to rise given that 3.2million pets were bought during the pandemic.

The research also found that custody of pets was more important than cars, property and jewellery in half of those cases, which is no surprise given that pets are often considered as part of the family.

It’s also why separating can be emotionally damaging, not just for owners, but for pets, too.

The research found that nearly half of pet owners who have experienced a breakup (46%) believe their pet’s health was negatively affected by the breakdown of the relationship, with 5% saying their pet needed veterinary treatment as a result.

But what’s the solution?

One idea could be drawing up a ‘petnup’, which, according to Estella Newbold-Brown, partner at Stowe Family Law, are on the rise – in fact, the research shows a 20% increase in demand for petnups in the last three years.

‘Similar to a prenuptial agreement, a petnup is an agreement that will determine what happens to the pet or pets if a couple breaks up,’ she tells us.

It’s important to note that while, like prenups in England and Wales, petnups are not legally binding, they will be taken into consideration by the court during a divorce hearing.

‘At Stowe Family Law, we’ve seen an increasing number of people seeking legal advice on their pets, with people keen to establish who will keep the family pet if their relationship ends,’ Estella continues, rather than having to hash it out after the fact.

This is recommended: ‘Setting out an agreement before the pet joins the household means eventualities are agreed upon as early as possible,’ she adds.

If it comes down to a legal battle over who gets custody of your pet, it’s also important to remember what constitutes ownership.

According to Direct Let Pet Insurance, more than two fifths of divorce lawyers listed payment of daily care as the key factor, while over a quarter said the person listed as the owner on relevant paperwork is important.

The primary caregiver is considered in just 12% of cases.

This is how Petrina, a 38-year-old dog trainer from London, was able to keep custody of her staffie, Brooke.

‘Because I paid for the dog, it was my name on the pedigree papers and microchip, so it didn’t come to too much of a question over who was going to ‘own’ the dog,’ says Petrina.

‘Plus, when we split up, it was easy enough for me to keep ownership, as it was my place he was living in.’

As someone on the board of the Association of Pet Dog Trainers, Petrina says she always advises people looking to share a pet to decide whose dog it is.

‘That way, if the worst ever happens you’re clear where you are,’ she says.

‘Otherwise, it can cause a huge amount of conflict between the split up partners, and confusion for the dog.’

Despite already having to part ways with one pet, Vic now shares five dogs and two cats with her current husband, and they’re yet to have a serious conversation about who gets custody.

‘My current husband and I have been together for ten years,’ she says.

‘We have occasionally, jokingly, mentioned who would take which dog – but it’s not something we have ever seriously sat and talked about.’

However, she’s sure they’ll be able to work things out amicably: ‘We both love our pets, but if the worst happens and we split up, I’m confident we’d do what was best for them first and foremost.’