The royal family is reportedly experiencing a lot of tension right now. And the Duchess of Sussex is possibly at the core of it all. Do Prince William and Prince Harry get along now that Meghan Markle is in the picture? Well, if a new report from Entertainment Tonight is any indication, then Meghan might just be causing a bit more brotherly tension than either of the princes bargained for. Elite Daily reached out to Kensington Palace regarding this report, but did not hear back by the time of publication.

According to ET’s report, Meghan is at the center of some tension between Harry and William. A royal source reportedly revealed that "tension does still exist" between the brothers after William expressed “concerns” about Harry dating Meghan when they first started dating. Apparently, William and Harry’s relationship has "not mended completely" since that conversation went down and the two are still having trouble seeing eye to eye on some issues.

"Other members of the royal family also expressed their unease about their relationship," the source revealed, "but Harry was steadfast and absolutely besotted with Meghan."

So, it sounds like Harry came to Meghan’s defense even though members of the royal family had some reservations about the relationship. And thank goodness he did because he and Meghan probably wouldn’t have married if he didn’t defend his romantic choices.

Despite all the reported tension in the family, Harry and Meghan are in celebration mode. Not only are they awaiting their first child, but they’re also moving out of Kensington Palace to head to their new home at Frogmore Cottage at Windsor Castle. According to ET’s source, the big move is all about privacy and making sure their time as new parents is as peaceful and carefree as possible. 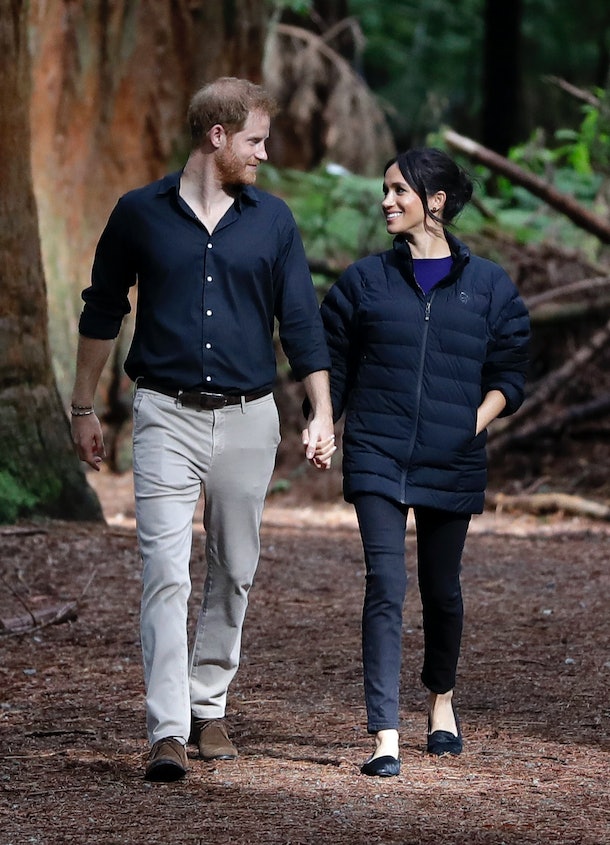 "The move to Windsor will allow them to raise their children away from the prying eyes of the paparazzi," ET’s royal source explained. "Naturally, Harry doesn’t want to live in his brother’s shadow for the rest of his life. Their lives are also moving in different directions as William prepares to be king one day."

Even with all the happy times coming Harry and Meghan’s way, there are still some oddities going on behind the scenes. For example, a separate report from ET revealed that some of the royal staff are a bit perplexed by Meghan’s "rather direct approach" to life as a royal. Apparently, it doesn’t "sit well" with them.

The report comes just as rumors surfaced that Meghan is difficult to work with and her staff are leaving in droves. ET’s royal source asserts that this simply isn’t the case.

"Meghan’s assistant, Melissa Touabti, did leave recently, but reports that claim there has been an exodus of other staff is wide off the mark," ET’s source revealed. "She has many loyal aides that enjoy working with her and are impressed by her commitment to humanitarian initiatives and her openness to learning from seasoned courtiers and Palace staff about royal protocol."

So, with all that in mind, it certainly seems like there’s some uncomfortable tension in the royal family right now. With any luck, it won’t affect Harry and Meghan’s happiness, especially since they’ll be welcoming their first child in just a few months.