Lockdown bar-gain! DIY fan snaps up bankrupt kitchen company’s unused stock to transform an empty room in his house into a swish drinking den – for just £300

A DIY enthusiast with an eye for a bargain has revealed how he’s transformed an empty room in his home into a trendy-looking bar, after snapping up some cut-price kitchen cabinets at auction.

Harvey Singh showed off his skills on the Facebook group DIY on a budget UK, impressing fellow users with the striking make-over of an unused space in his house.

He revealed that he’d decided to create the home bar during lockdown, writing: ‘My DIY lockdown home bar project. 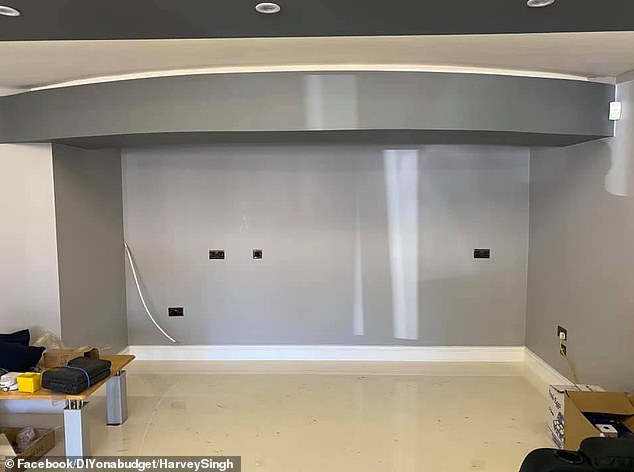 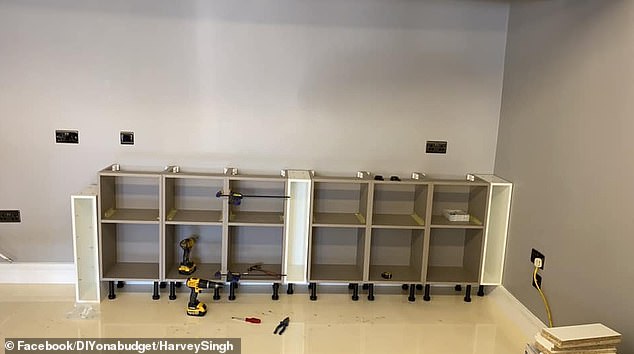 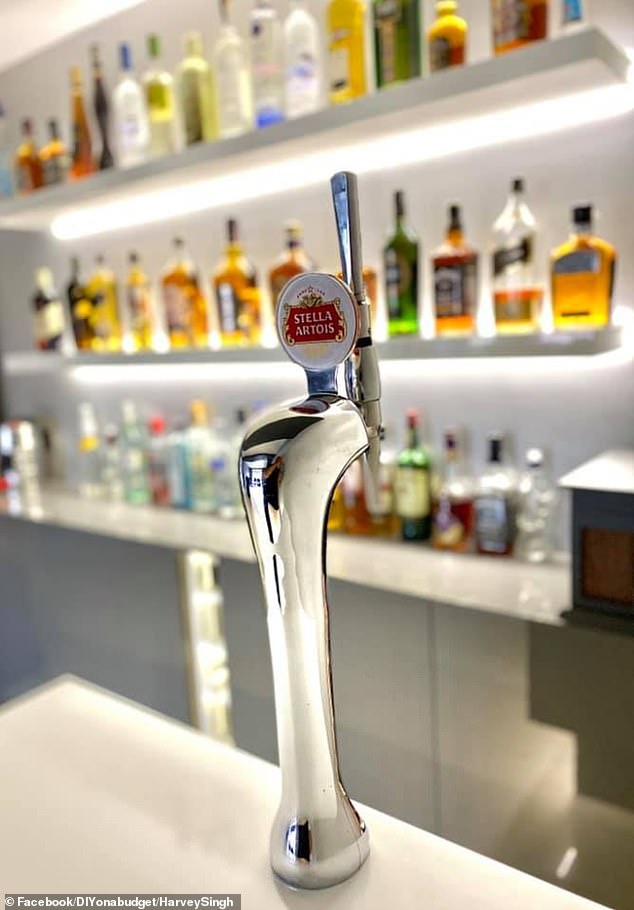 After those who saw the photos of the slick-looking bar, which features up-lit spirits shelves and sleek grey cabinets, alongside an American-style fridge, asked how he managed to achieve such a high end look on a low budget, Harvey revealed his secret.

He told users that he bid for two pallets of kitchen cabinets on auction site John Pye, after a kitchen company had filed for insolvency.

Showing off his sense of humour, the DIY fan admitted: ‘gamble paid off, not always been that lucky though’ and said he’d still got ’12 white wine racks’ from a previous punt that hadn’t gone to plan. 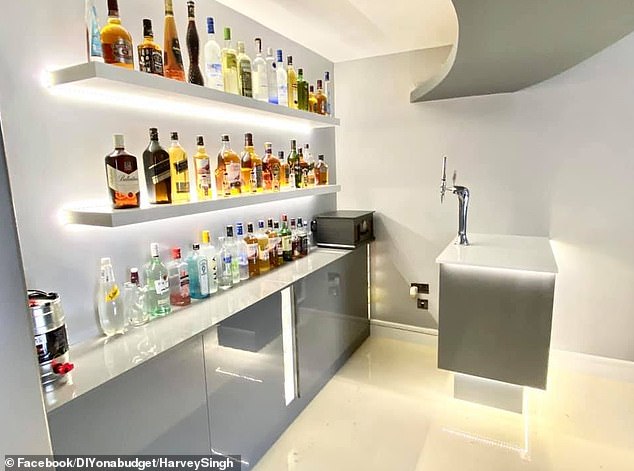 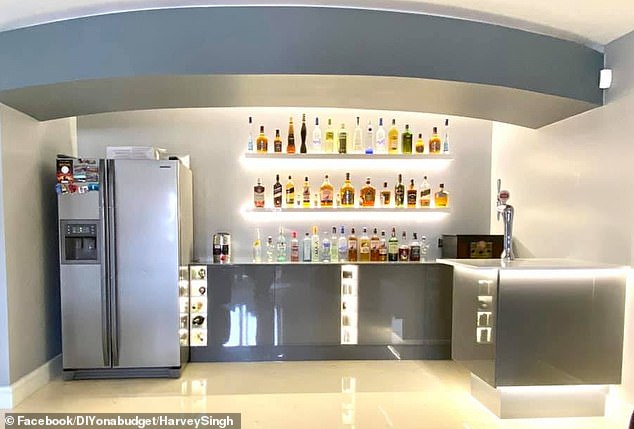 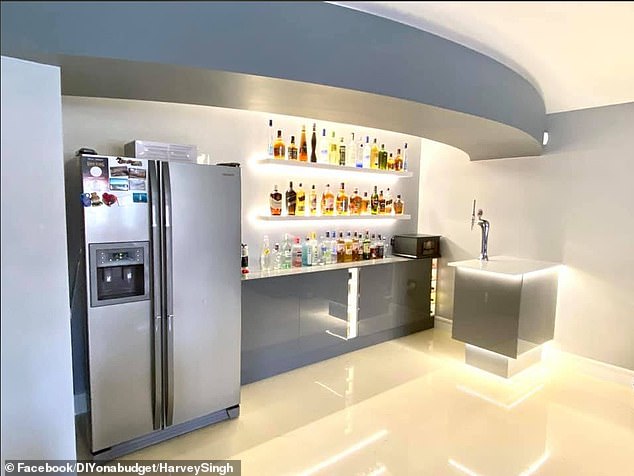 The appreciation for the drinking den has come in thick and fast since he posted, with 610 comments and more than 3,000 likes.

There was a word of caution, however, from others who’d built bars in their own home.

Facebook user Kim Payne warned: ‘Many years ago (over 30) we had a bar built in our very small lounge.

‘Over time we realised all we were doing was paying for our mates to get sloshed Even had one complaint that we hadn’t got the spirits they fancied.’