Just when you think Disney is done with surprises for the year, a new one appears. While the parks are in full festive swing for the most wonderful time of the year, the folks at Disney know there is still fun to be had when the sun sets on Dec. 25. If you’re one of the lucky few to find yourself at Disney during the end of the year, you’ll wanna bring you selfie A-game. The new Potion Purple Disney Headband is set to debut at World of Disney on Dec. 26, per a blog post on Disney Parks.

The new Potion Purple Headband is truly something straight from the mind of an aspiring Disney princess. The ultra-recognizable ears are completely covered in violet sequins, giving it a disco ball feel. Then, since y’know sequins aren’t eye-catching enough, the headband is finished with a big bow front-and-center. The headband is anything but subtle, and the perfect way to add an extra bit of pizzaz to your holiday Disney photos.

If you’re plugged into color trends, you’ll likely recognize this hue as the exact shade of purple that Pantone declared Color of the Year 2018. Ultraviolet is a deep amethyst with rich blue undertones. In a press release earlier this year, Leatrice Eiseman, the Executive Director of the Pantone Color Institute, described the shade as "Complex and contemplative." She added, "Ultra Violet suggests the mysteries of the cosmos, the intrigue of what lies ahead, and the discoveries beyond where we are now. The vast and limitless night sky is symbolic of what is possible and continues to inspire the desire to pursue a world beyond our own." It should be noted the recently announced 2019 Color of the Year is Living Coral, a very different hue. Perhaps this is why Disney didn’t wait until January to drop the new ears. 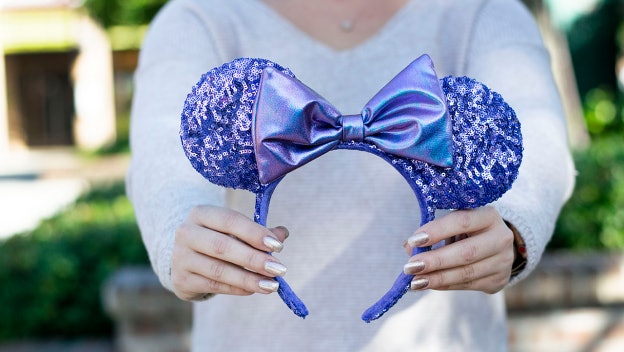 For most of 2018, another hot color has been a major inspiration for Disney designers. In January, a similar set of millennial pink ears was released. Like the Potion Purple Headband, the accessory was covered in shiny sequins, with a big pink bow affixed to the front. As expected, the millennial pink ears were VERY popular, and paved the way for the development of countless other pale pink offerings — wearable and edible. 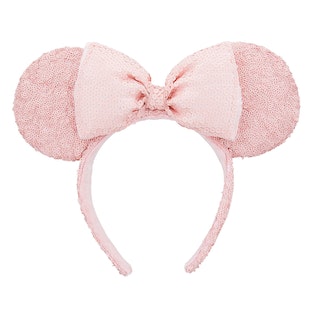 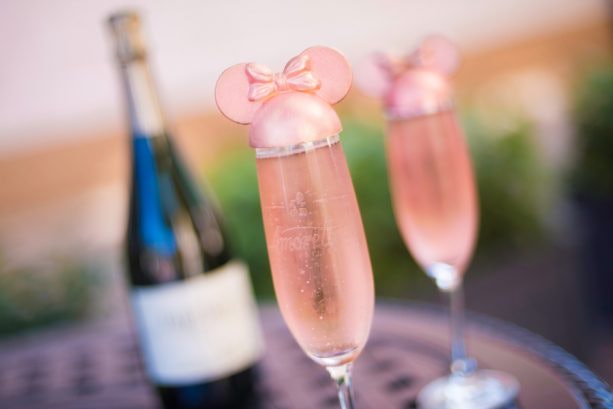 If you’re having FOMO about missing out on all the millennial pink celebrations this year, you can still snag a pair of pink ears through the Disney online shop. Or, take comfort in the knowledge that Disney might follow suit in 2019 by having Potion Purple rule the park. Just imagine how beautiful and delicious purple treats would be!

Potion Purple Headbands will be available once World of Disney opens at 10 a.m. the day after Christmas. Annual Passholders can gain early access to the store on Dec. 26, 2018 starting at 9 a.m.