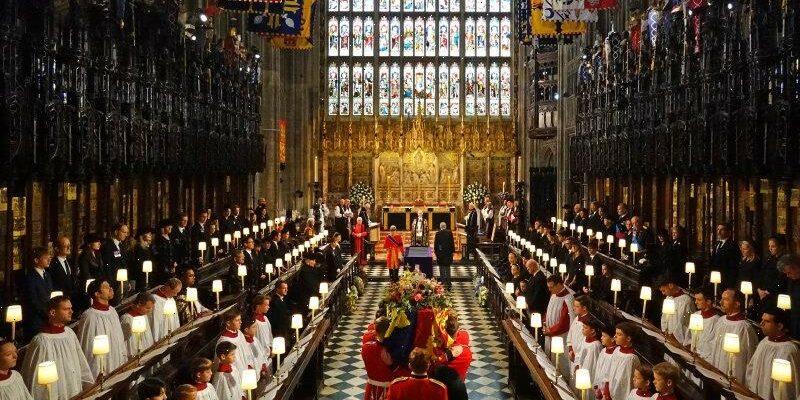 It had a stellar cast, and even though it lacked drama and snappy dialogue, television events don’t come much bigger than the funeral of Queen Elizabeth II. Gauging just how big it was, though, isn’t easy.

In Australia, the TV audience for the broadcast of the funeral on Monday night peaked around 8pm, when 3.46 million metro viewers (in the five mainland capitals) tuned in across six free-to-air networks (Seven, Nine, 10 Bold, SBS, ABC and ABC News). 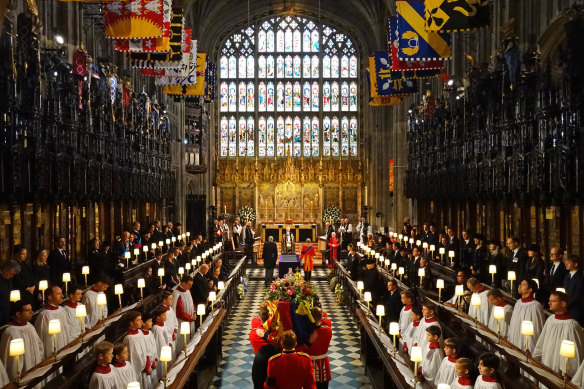 The total audience for free-to-air TV at that time was 4.6 million viewers – which was up about one-third compared to the same day a week earlier. That meant almost three-quarters of people who were watching free-to-air TV in the five big cities on Monday night were watching the Queen’s funeral.

In addition, regional viewing peaked at around 1.527 million viewers. On pay TV, Sky attracted a peak audience of 188,000 for its coverage. All up, that suggests an audience at the 8pm peak of 5.17 million viewers. And given Australia’s population is around 26 million, that means around one in five of us tuned in via the TV at that time.

The average audience for the main funeral service, which ran for roughly 75 minutes, was around 2.24 million in the metro markets and 1.2 million in the regions. These figures do not include viewing via devices other than the TV. 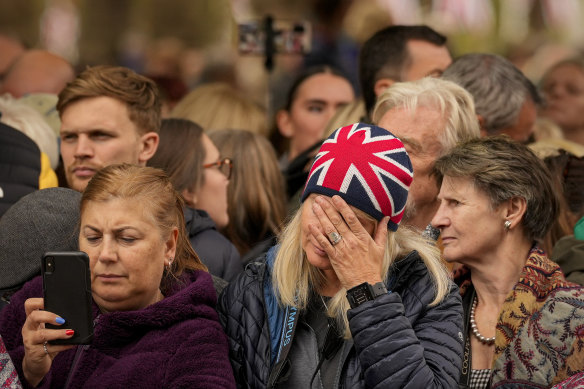 The ratings figures won’t capture those who watched via channels other than the broadcasters.Credit:Via AP

Globally, the funeral had been predicted to draw an audience of 4.1 billion – around half of the world’s total population. But while widely cited in publications big and small, that number appears to come from a single source: an Argentinian freelance journalist who writes for a couple of websites that aim to connect viewers with VPN (virtual private networks) so they can watch geo-blocked content anywhere in the world. And is essentially untestable.

It’s fair to assume that interest in the funeral would be highest in Commonwealth countries, where the Queen was or had been the official head of state. The combined population of all 56 countries in the Commonwealth is about 2.5 billion. If viewership followed the same pattern as Australia, that would translate to about 500 million people.

Broadcasters from non-Commonwealth countries – including at least nine in the US – covered the event too. Calculating a global audience is, though, more an act of guesswork than science. What counts as a “view”: one minute; 15 seconds; watching the whole thing? Does only live viewing count?

Wherever you draw the line, viewing by means other than TV has to be a factor, as many people will have watched at least some of it via social media, live streams or online publishers, and those numbers are not captured by the ratings.

Conventional wisdom has it that the most-watched TV event ever was the opening ceremony of the 1996 Olympics in Atlanta, which was supposedly watched by 3.6 billion people. The funeral of Diana, Princess of Wales is next, having reputedly drawn 2.5 billion viewers.

These numbers are, ultimately, little more than guesswork. And with the advent of smart phones, the web and social media in the years since, it’s even more likely that the official ratings will only ever be able to tell a fraction of the story.

In short, we may never know how many people actually watched the funeral of Queen Elizabeth II. But we’re guessing it was a lot.