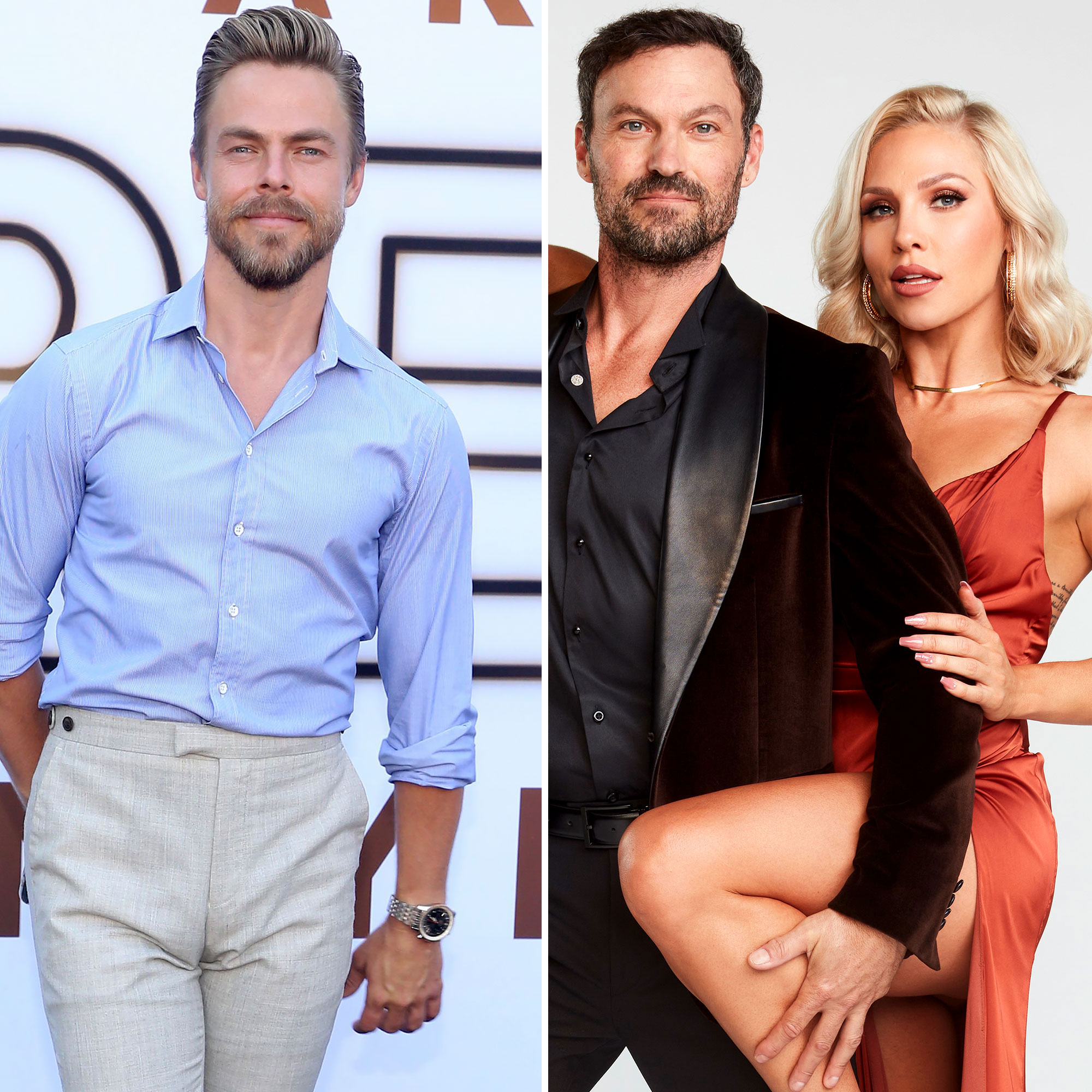 A match made for the dance floor. Derek Hough knows plenty about performing with a romantic partner, but he might not be giving Brian Austin Green and Sharna Burgess any Dancing With the Stars advice.

The six-time mirrorball trophy winner, 36, dances with girlfriend Hayley Erbert regularly as part of his Derek Hough: No Limit show at the Venetian Resort in Las Vegas, but the season 30 couple hasn’t asked him for advice on how to separate work and romance. However, Hough doesn’t feel like Burgess, 36, and Green, 48, need his words of wisdom.

“I think, from what I can see, they’re handling it fantastic and enjoying the experience, which is what it’s all about,” the DWTS judge told Us Weekly exclusively after performing in Vegas on Sunday, September 26.

Should they ask Hough for tips amid their attempt to win DWTS, his advice wouldn’t be about their romance. He would, however, be ready to help the Beverly Hills, 90210 alum get his fancy footwork up to par.

“The only thing I’d want to give advice on is his technique, you know, just kinda improve the dancing part of it,” Hough said.

The Hottest Hookups of ‘Dancing With the Stars’ Through the Years

The Nashville alum added that the duo appear to be settling into their place in the ballroom. “It seems like they’re leading with love and that’s the best way to do it,” he added.

Green and Burgess, who began dating in late 2020, haven’t exactly taken the show by storm. During the September 20 premiere, the judges weren’t overly enthusiastic about their foxtrot to Bruno Mars and Anderson .Paak’s “Skate.” They only scored 24 out of 40 and didn’t improve with their Monday, September 27, performance. The rumba, set to “Say You Won’t Let Go” by James Arthur, only earned them 23 out of 40.

However, other dancing duos didn’t blow them out of the water, with most couples scoring in the mid-20s in the first two weeks. Hough added that a lot of the cast seemed to be on the same level in terms of ability this season. 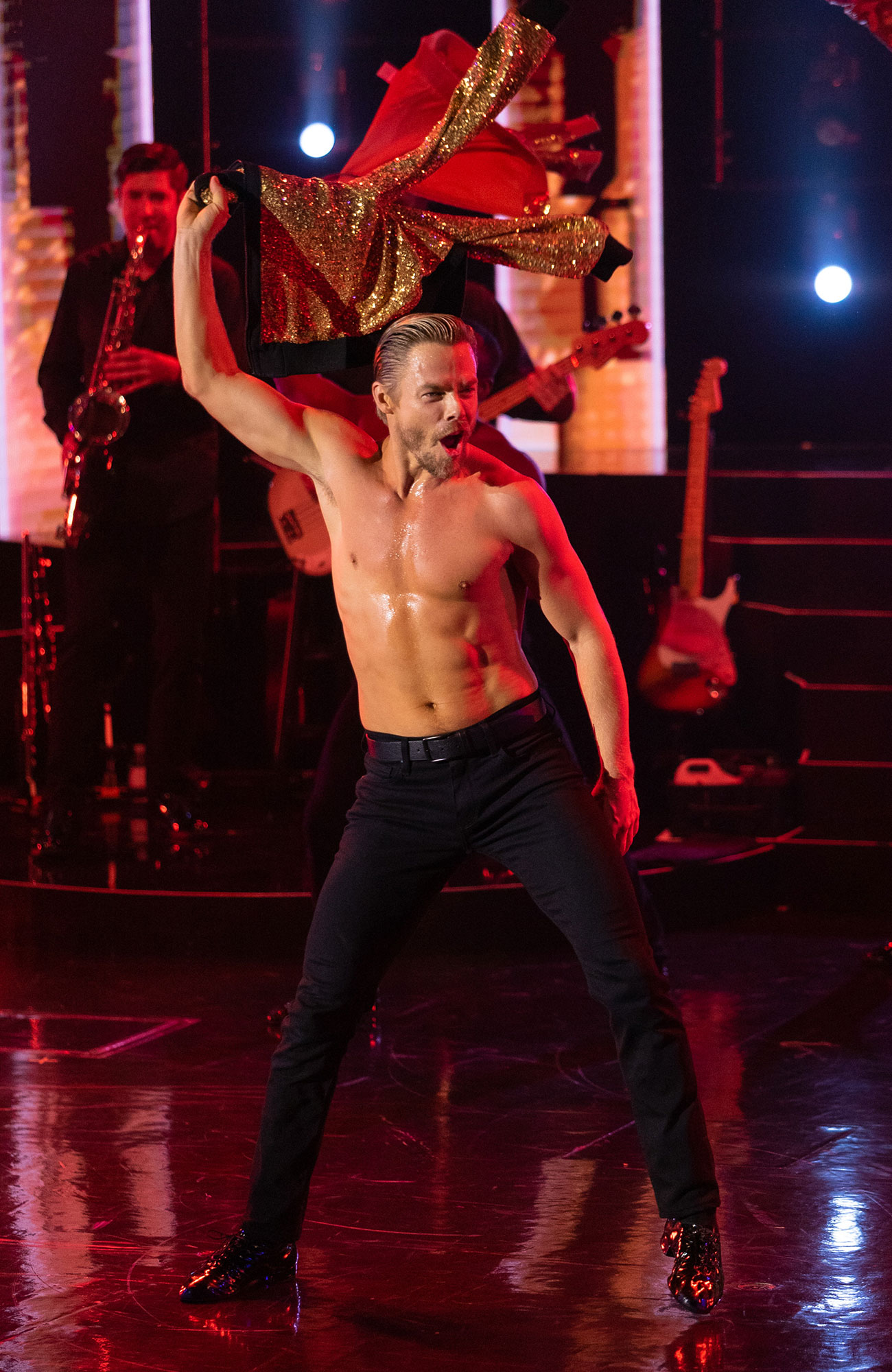 “You usually could, more or less, kind of have an idea [of who will win or lose], but it’s a pretty solid cast,” Hough told Us. “I think each person is pretty even. There’s definitely, like, some super fantastic dancers who you’re just like, ‘OK, they’re going to be solid each week.’ But I feel like generally, the whole cast is pretty much on the same level. … I’m really impressed. I think I’m really happy with the level of the whole cast.”

Still, Green feels his romance with Burgess gives them a leg up on their competition.

“To have a real relationship and to have that chemistry that it’s — you’re not trying to create it for the show,” he told Entertainment Tonight earlier this month. “It’s there. So then it’s like you’re creating around it and it’s a different thing to show people, I think, than what they’ve seen on the show for a while.”

Burgess addressed their relationship via her Instagram Story on September 22. She said that while chemistry was helpful, they wouldn’t spend all their free time getting in extra practice because they want to find a way to keep business out of their romance.

“This is a really big thing for us to do and neither of us want to stress out our relationship,” Burgess explained. “Keeping balance is the best way that we can do that.”

Dancing With the Stars airs on ABC Mondays at 8 p.m. ET. Derek Hough: No Limit runs through November 21 at the Venetian Resort in Las Vegas.