Demi Lovato is no longer a sex-scene virgin.

The “Confident” singer — who identifies as non-binary and uses “they/them” pronouns —revealed on Instagram Tuesday that they filmed their first-ever sex scene on the set of “Hungry.”

“I had a little anxiety going into it but the cast and crew were so professional and easy to work with, it calmed me down immediately,” they captioned a sexy selfie of themselves in a black bra and matching shorts.

They added, “Then, I thought about how proud I am for being able to feel comfortable enough in my skin to do that. I rarely ever showed my arms before … now I’m in this! (Granted, it barely shows anything BUT STILL).”

The former “Camp Rock” star, who has openly struggled with body image issues and is recovering from an eating disorder, said they didn’t “always feel good” in their own skin or feel “sexy enough” to post a revealing pic.

“It’s important to celebrate the little wins,” they added. “Yay for this random burst of body confidence and yay for awkward hilarious sex 😂🖤”

Lovato’s followers flooded the comments with fire emoji and well-wishes for them, while “Glow” actress Britney Young commented, “Love that you found this feeling!!!”

Lovato is currently filming “Hungry,” a TV comedy pilot for NBC, alongside Valerie Bertinelli, in which they play a mother-daughter duo. 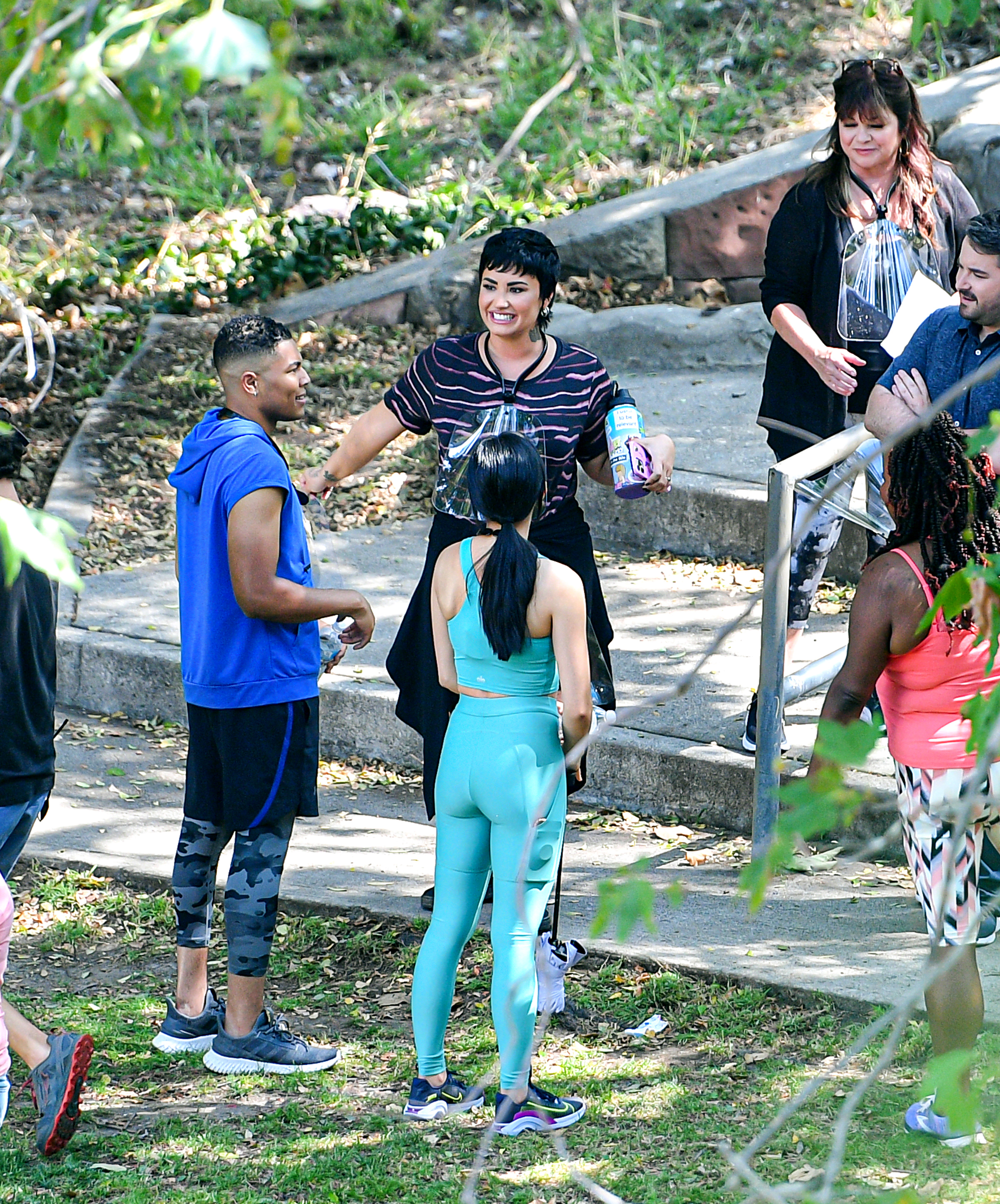 According to Deadline, the series will follow “a group of friends who belong to a food-issues group helping one another as they look for love, success and the perfect thing in the fridge that’s going to make it all better.”

Lovato was cast as Teddy, a food stylist who is trying to have a healthy relationship with food while dating men.

Going off the “Sorry Not Sorry” singer’s latest Instagram post, it seems her TV character does end up finding love — or, at the very least, lust — on the show.

Although Teddy will be dating men, Lovato has shared that she doesn’t know if she’ll end up with a man or woman in her own personal life.

The actor, who is pansexual, said in March, “I’m so fluid now, and a part of the reason why I am so fluid is because I was super closeted off,” adding, “[I like] anything, really.”