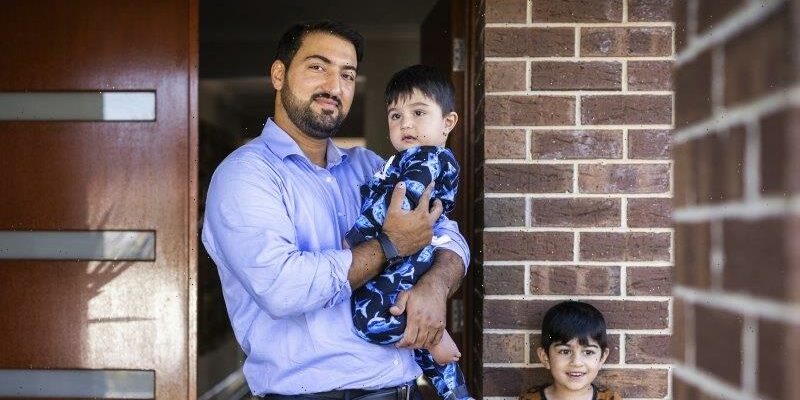 Wali Walizada’s parents, brothers and sisters are hiding out under a bridge in Afghanistan’s capital pretending to be drug addicts in the hope the Taliban won’t find them.

The former interpreter for Australian, British and United States defence forces, now living in Cranbourne south-east of Melbourne, says he’s more fearful than ever for his family, with the Taliban conducting house-to-house searches as he waits desperately for Australia to process their visas. 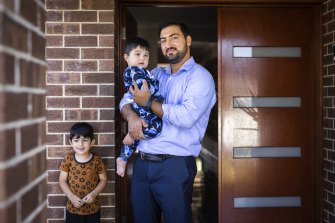 Former ADF interpreter Wali Walizada is fearful for his parents and siblings still in Afghanistan and waiting to come to Australia.Credit:Paul Jeffers

His family spent eight days trying to get on an evacuation flight out of Kabul last August.

They were eventually caught up in the suicide bombing outside the airport hours after Australia ended flights because the situation was too dangerous. One of Mr Walizada’s brothers was injured in the attack.

While waiting for visas, the family moved from their home to a second location, but now that has become untenable because people Mr Walizada was paying to conceal them have become fearful of retribution from the Taliban. The last time he heard from them, they were hiding under the bridge.

“The Afghan community is not happy with what’s been happening because their families are left behind and they are facing a major threat,” Mr Walizada said. “The process is very slow, people are facing a higher threat and by the time the government is processing the application, the people will not be existing. They will already be eliminated.”

More than 5000 Afghans have arrived in Australia since mid-August, the latest data from Home Affairs shows. However, this includes the more than 4000 people who were evacuated from Afghanistan in August as the Taliban took over the capital.

There were 992 humanitarian visas granted to Afghanistan citizens between July and the end of February, the data reveals.

“While the arrival and settlement of those who have departed Afghanistan is progressing, the welfare, privacy, safety and security of this cohort is our priority.”

The government in January expanded its planned intake of Aghans to 15,000 spots over four years. This will consist of 10,000 places within the humanitarian stream and 5000 family visas.

These visas will be granted within the annual cap of 13,750 humanitarian spots. However, a government source familiar with immigration policy said that cap was not a hard limit. The government is considering a further expansion of the number of places set aside for people escaping Afghanistan.

Nisar Ahmad, the spokesman for former ADF interpreters living in Melbourne, said the Afghan community had concerns about the long time it took to process family and spouse visas, as well as the fate of those on temporary visas with conditions that in effect prevented them from leaving Australia.

Some had been in limbo for nine or 10 years, unable to attend funerals for family in Afghanistan let alone “happy ceremonies, like weddings, like engagement ceremonies”.

“We attended so many meetings with the ministers or with [people] from the government of Australia, but they just keep making promises, no action,” Mr Ahmad said.

Mr Walizada said it seemed that “in response to Afghans, the process was very slow” compared with what was being done for Ukrainians fleeing the conflict in their country.

“Whoever calls [Home Affairs], they simply tell them, you are prioritised. Who are you going to prioritise and who’s going to get it?” he said.

Since the Russian invasion of Ukraine began in February, almost 4500 visas have been issued to Ukrainians and more than 600 Ukrainians have arrived in Australia.

These visas are almost entirely temporary, mainly visitor visas, which are quicker to process compared with the permanent and humanitarian visas being offered to Afghans.