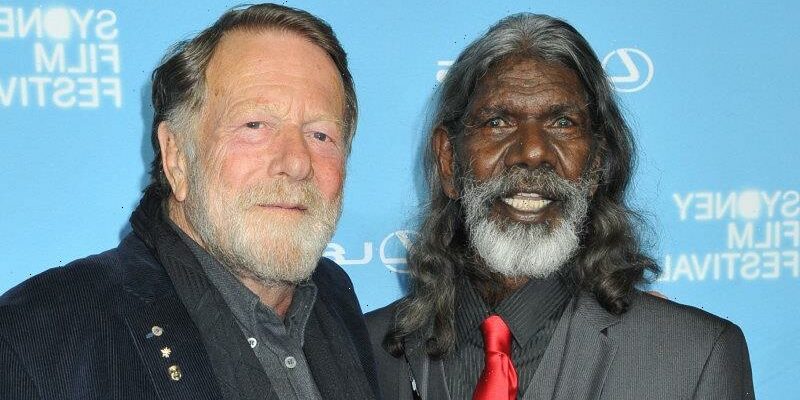 Warning: This story contains the name and images of a deceased Indigenous person. His family has advised that, after a respectful period immediately following his death, he can now be referred to again as David Gulpilil so that his name, work and legacy continues to be recognised – as he wished – and that images of him can be published.

David Gulpilil’s eyes used to shine when he talked about dancing in a lap-lap – “naked!” – in front of the Queen at the opening of the Sydney Opera House in 1973. 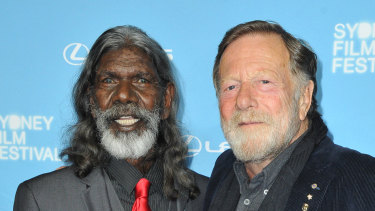 Next week the late Indigenous actor’s image will be projected onto the iconic building’s sails after he is awarded the country’s highest film honour inside.

Gulpilil, as he can now be known again, will receive the Longford Lyell Award for his contribution to the film industry at the Australian Academy of Cinema and Television Arts Awards on Wednesday.

His family, thanking the nation for respecting posthumous cultural naming practice immediately after his death and referring to him as David Dalaithngu, has advised that he can be called Gulpilil again so that – as he wished – his name, work and legacy can continue to be recognised.

Among those paying tribute to him at the awards will be Jack Thompson, Rachel Perkins, Baz Luhrmann, Hugh Jackman, Phil Noyce and Leah Purcell.

Academy chief executive Damien Trewhella said a frail Gulpilil was thrilled to receive the award at his home in South Australia a month ago.

“This month marks 50 years since his screen debut, Walkabout, hit Australian screens,” he said. “To have five decades of a career, it’s remarkable.

“And David brought something extraordinary to the screen: an authenticity, a culture and a history, a reflection of his people and his traditions.

“He’s not just delivered a lot of incredibly moving performances, but he’s really redefined how the world sees Indigenous Australians.” 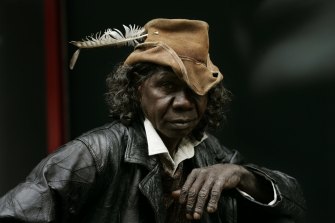 It will be a poignant ceremony as Gulpilil, who died on Monday at the age of 68, is also up for an award. He is one of the producers of his final film, Molly Reynolds’ My Name Is Gulpilil, which is nominated for best documentary. 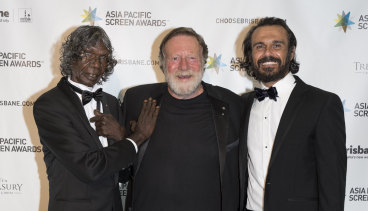 Thompson said Gulpilil, a “really good mate” since they first met in the mid-1970s then worked together on the film Mad Dog Morgan, would have loved receiving the award.

“Oh mate, he loved those aspects of his extraordinary career,” he said.

“He loved the audience applause … I feel he’s enjoying it right now, going ‘this is the best thing with everybody talking about me, everything in the newspapers and on the screen’.”

Thompson said the award was richly deserved given that Gulpilil broke into film at a time when Aboriginal characters were sometimes played by white actors wearing dark make-up.

“It’s not possible to think of the Australian film industry without David,” he said.

“His contribution to taking Indigenous culture to the world is just stunning and predates Yothu Yindi going to the world and all the movies that followed.

“Walkabout was done the same year as Wake In Fright so we both entered the industry at the beginning of the renaissance and this cresting wave of Australian filmmaking. His contribution was quite extraordinary.”

The 81-year-old, who is up for best supporting actor in film for High Ground at the awards, said he felt gutted when he heard of Gulpilil’s death.

“He’d been fighting cancer with medication and spirit for some time,” he said.