Daughter of Russian millionaire, 21, who spends £8K a MONTH and has never heard of a charity shop moves into emergency accommodation with a family surviving on £160 a week on Rich Kids Go Skint

The daughter of Russian multi-millionaires, who admits that her parents ‘never said no’ and received her first Chanel handbag age five, has had a taste of how the other half live in Rich Kids Go Skint.

Geology student Maria Rimmer, 21, traded in her Champagne lifestyle for a penny-pinching week with a low-income family in their council estate home in Croydon in a new series of the 5Star programme.

Unlike most students Maria wants for nothing living in a penthouse in Staffordshire while she studies but also shares a London property with her husband.

The couple also share an eight-month-old daughter Sandra, though Maria is hardly weighed down with the duties of motherhood with her nanny and maid on hand to provide her with constant support. 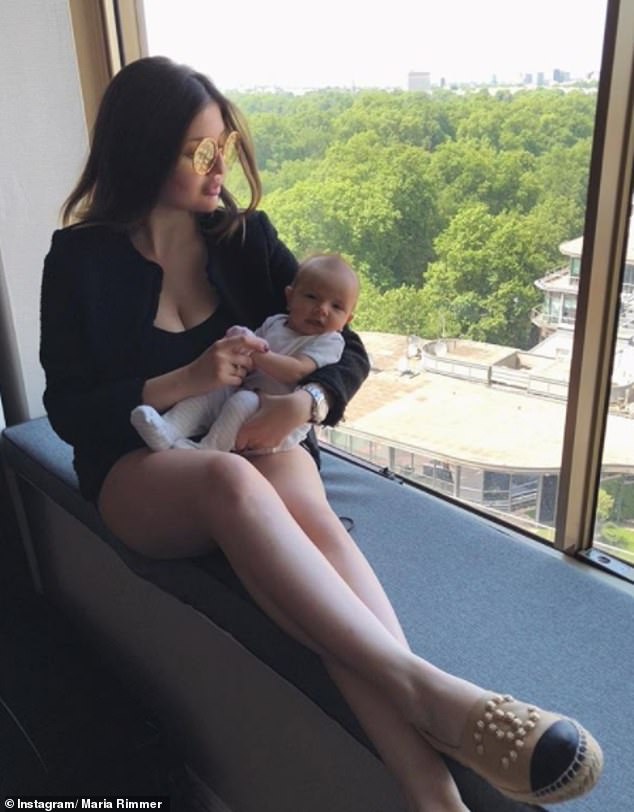 Student, Maria Rimmer, is the daughter of a Russian multi-millionaires and has never wanted for nothing with a disposable income of about £8,000 a month. Pictured: Maria and her daughter Sandra 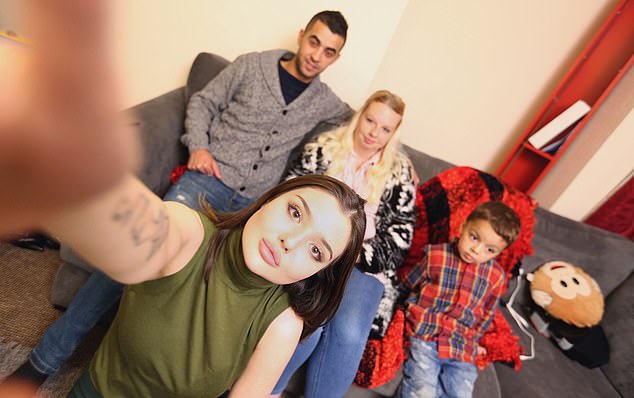 This is in stark contrast with couple Becky and Hamma and their two children Mahdi aged 4 and Alfie, 18 months, in their emergency and temporary accommodation in Croydon.

Hamma, originally from Tunisia,hasn’t lived in the UK long enough to claim benefits but has secured some part time work. His earnings along with Becky’s meagre £650 a month benefits are all they have to pay the bills and feed and clothe their family.

Ahead of her stay with the family Maria admits that she doesn’t know ‘anything about benefits’ and has a very set idea about the people she is about to meet. 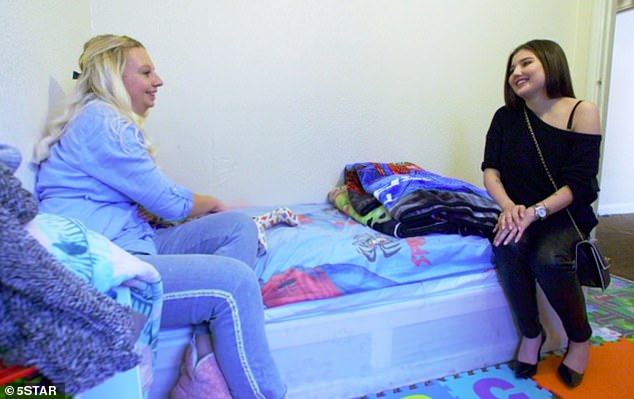 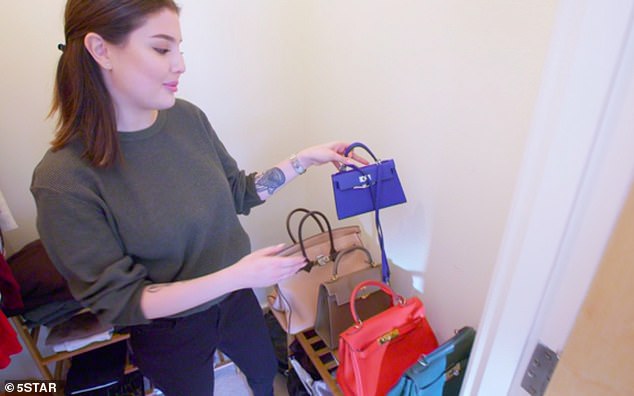 The mother-of-one has lead a charmed life receiving her first Chanel handbag at the age of five and owning a Hermes Birkin bag totaling £34,000

She says: ‘When I think of a family in a poor area I automatically think of dirt – people that definitely don’t take care of themselves look wise.

Becky shows Maria where she will be sleeping, on their sofa in the living/dining area which Maria admits she has ‘never seen both together.’

She adds: ‘I can’t say that I felt 100 per cent safe here because of the neighbourhood it’s a little sketchy.’ 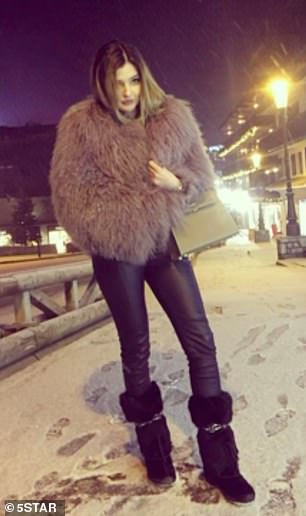 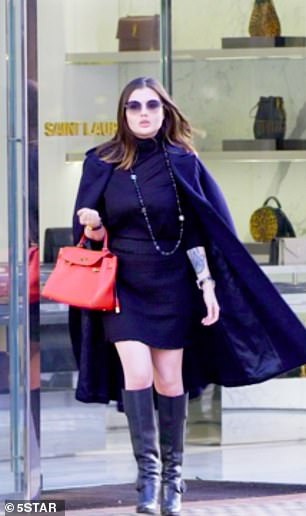 Maria admits on the show that she is concerned over whether the family will have bottled water. Pictured: Maria enjoying her five star life 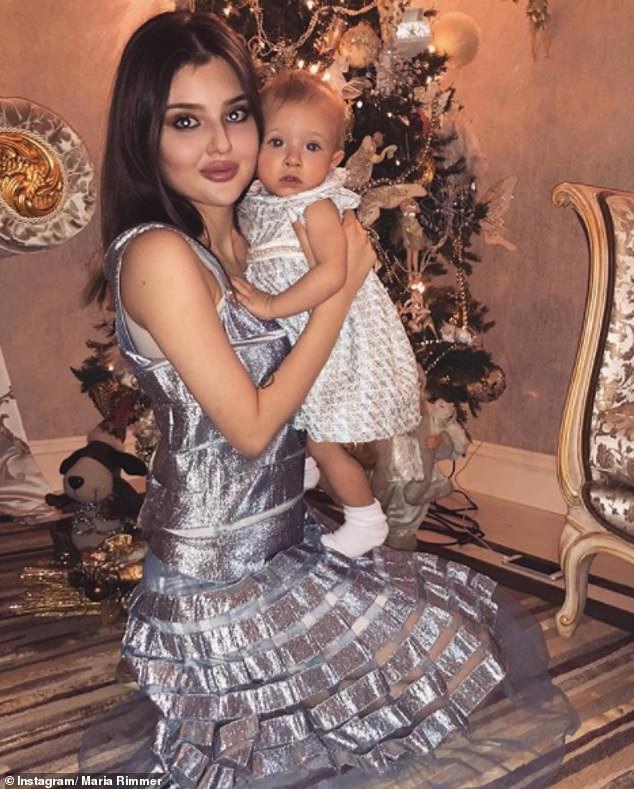 The student, who is married, has a penthouse near her university in Staffordshire as well as a home in London 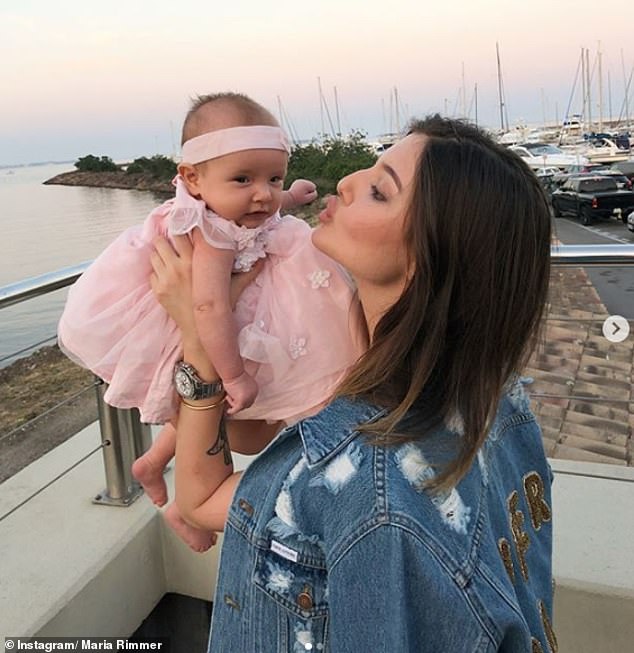 During the show Maria is tasked with shopping for clothes for Becky’s two children from a charity shop, usually having no budget for her own daughters outfits

Getting to know their guest Becky and Hamma question Maria about her typical spending habits, leaving the couple in shock.

Becky says: ‘Without that amount of money I think that we would be able to survive 7-8 months on everything travel bills food the whole lot you’re spending that in four weeks.’

In a bid to curb her spending habits Becky gives Maria a budget of £10 to buy clothing for both of her sons in a charity shop, a store the student ‘didn’t realise existed.’

She says: ‘I would find it very difficult to put Sandra in clothes that another child has worn for Becky there are all those gorgeous clothes out there and she can’t go and buy them.

‘I feel very lucky that I don’t have to shop at places like that.’ 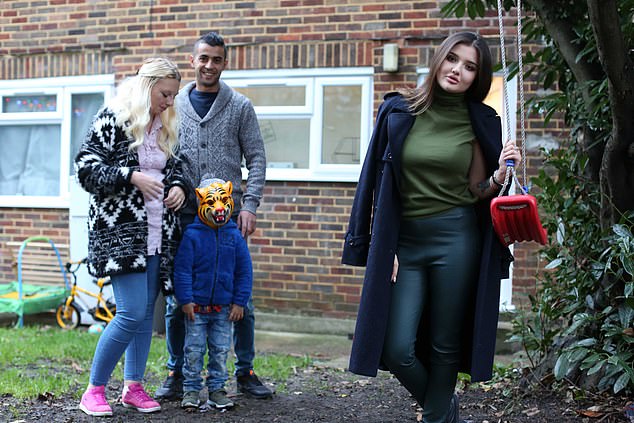 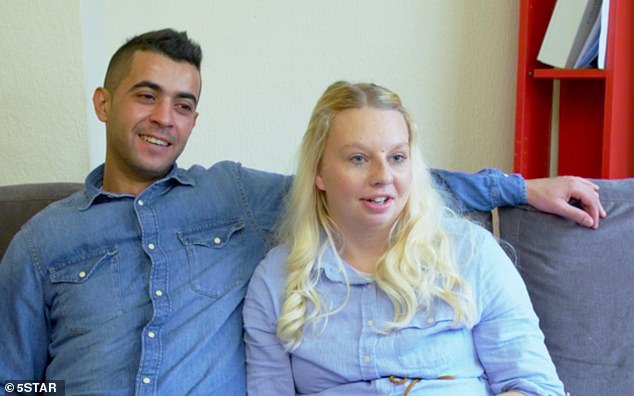 She is faced with an equally trying task when she was given a £50 budget to do the family’s food shop for the week, and blows £10 on a bottle of wine, much to Becky’s disdain.

During her stay Becky’s youngest Alfie becomes sick with the mother explaining to Maria that if he gets worse she will take him to her GP, an alien concept for Maria.

She says: ‘Growing up if a doctor wasn’t available they would fly in a doctor for me I feel terrible that they have to go through the whole NHS experience and they can’t go private. I didn’t realise that people actually willingly go to the NHS.’

It seems that the visit has had an impact on the student who tells the couple she is going to try to be ‘more responsible’.

She tells the couple: ‘The money that I throw away basically could be a lot to somebody. This was very eye-opening for me.’

Becky is then reduced to tears when Maria offers to pay for the family’s flights to Tunisia to visit their other relatives.

Becky says of her new friend: ‘She’s absolutely amazing she’s so lovely but she’s so down to earth and we’ve got quite a lot in common as well.’

The two women have since remained in touch and are even organising a play date together.