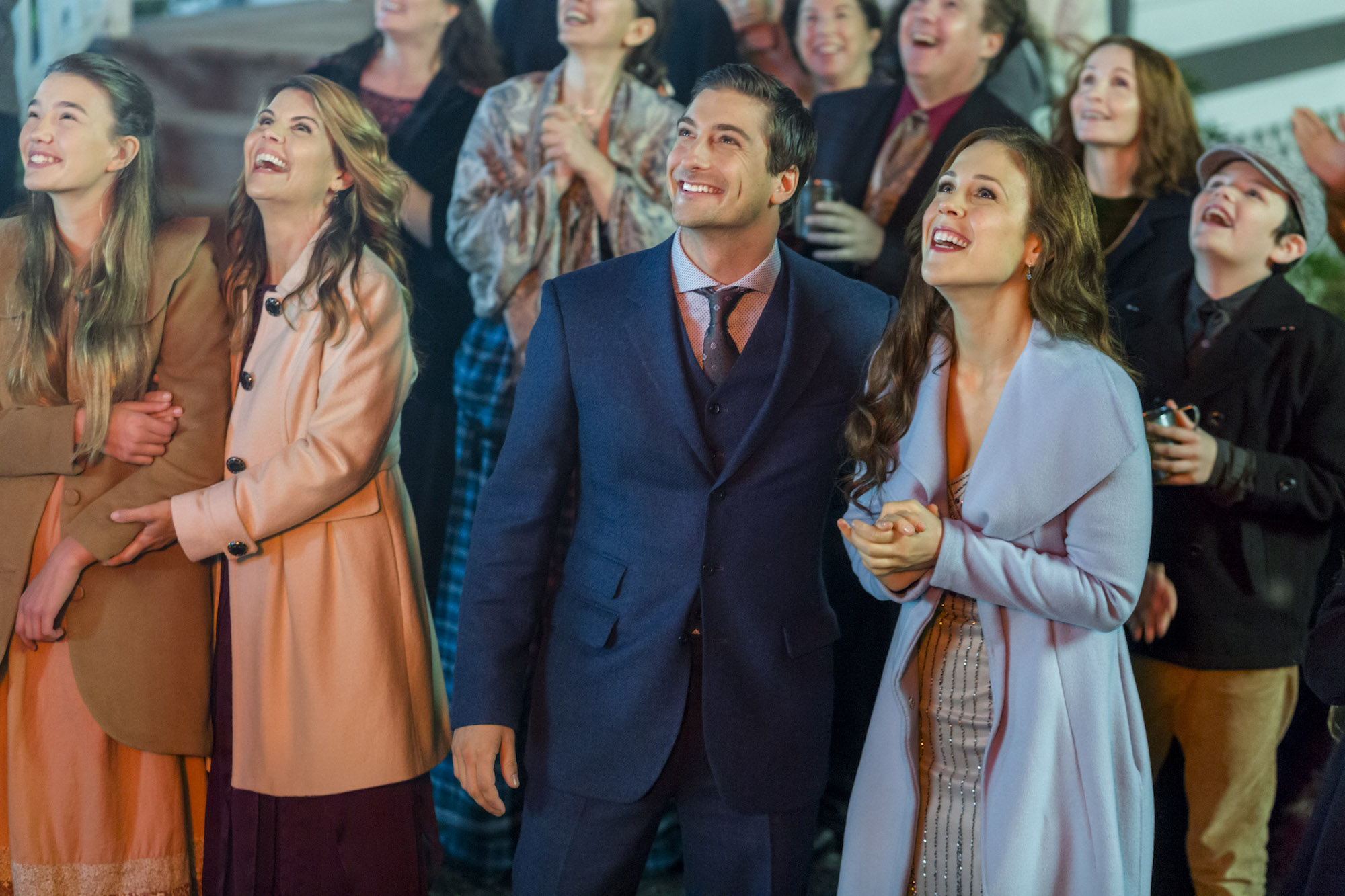 Back together! GAC Family will air a surprise one-hour original special, When Hope Calls: Hearties Christmas Present, on Sunday, December 12, following the premiere of Daniel Lissing‘s movie, A Christmas Star.

The special event was filmed on the set of the When Calls the Heart spinoff, When Hope Calls, the first original series on GAC Family.

Lissing’s character, Jack Thornton, was killed in battle during When Call the Heart‘s season 5 finale. However, he’ll be back in a guest-starring role for the upcoming season of When Hope Calls, GAC Family announced last month, along with the news that Lori Loughlin will also be returning as Abigail Stanton.

“I know from experience with the fans of When Calls the Heart that the Hearties convention is a really fun way for everyone to get together to meet not only us actors but other fans as well. There has always been a nice community feel with this fan group,” Lissing, 40, told Us Weekly exclusively.

When Calls the Heart fans — who have been nicknamed “Hearties” — are extremely passionate about the show — something that the Australian actor completely understands.

What Is GAC Family and Which Hallmark Stars Are Making the Move?

“When Call the Heart and its spinoff, When Hope Calls, have connected with audiences for nearly a decade. It’s incredible when I think about it, actually. I believe people have continued to enjoy these programs for a number of reasons,” he explained to Us. “I think they fell in love with the characters — especially Jack and Elizabeth. That’s what started it all for the ‘Hearties’. Another reason is the fact that there isn’t too much easy watching family programming like these shows out there. Although, based on the success of this model, we’re starting to see a lot more shows in this light.”

This is a big weekend for the Last Resort alum, who stars in Sunday’s A Christmas Star alongside Sara Canning.

New Movies Added! Your Guide to Every Holiday Movie on TV This Season

“I truly love each and every job I participate in but being on set shooting A Christmas Star was a particularly fun project for me. The best part is the collaboration aspect. It’s always a team effort,” he explained. “It was easy to work with Sara. She was fun and professional but most importantly, talented! We’re both ‘giving’ actors, so the scenes came to life because care was taken in each moment of the story. I learned a lot from working with her.”

The season 2 premiere of When Hope Calls debuts on Saturday, December 18, at 8 p.m. ET.