In the covert recordings played at anti-corruption public hearings on Thursday, Mr Staindl also claimed Mr Andrews told him the government had "no choice" but to shelve the controversial land rezoning at the heart of the scandal because The Sunday Age had published revelations about Mr Woodman and his outsized influence. 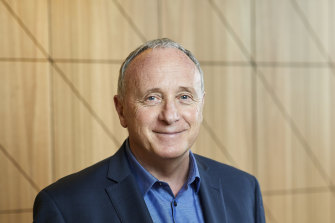 On Thursday Commissioner Robert Redlich QC described the carefully targeted use of donations in the expectation they would buy MPs' support for developers' projects as "a form of corruption".

The Casey saga is the biggest planning corruption scandal in Victoria for decades and has already led to the sacking of Casey Council, and likely charges against key figures.

Mr Andrews confirmed last week that he had "exchanged pleasantries" with Mr Staindl at the Hardware Lane fundraiser, but denied discussing the Cranbourne West rezoning. But Mr Staindl contradicted him and stood by his secretly recorded comments to Mr Woodman, confirming that he had in fact discussed the land rezoning and donations with Mr Andrews.

Despite this, Mr Andrews on Thursday continued to stand by comments from last December about his relationship with Mr Woodman, in which he denied the pair had discussed individual planning matters.

"If [Mr Woodman] had raised an individual planning matter with me, then the meeting would have been over," Mr Andrews said then.

This is at odds with Mr Staindl's claims on the secret recordings, and also with the lobbyist’s evidence on Wednesday, in which he recounted meetings where Mr Woodman and Mr Andrews did in fact discuss individual projects. Mr Woodman poured more than $150,000 into Mr Andrews' successful 2018 re-election campaign.

On Thursday, Opposition Leader Michael O'Brien called for Mr Andrews to appear before the IBAC inquiry, saying it was time for the commission to "call the Premier and get him to answer questions under oath". 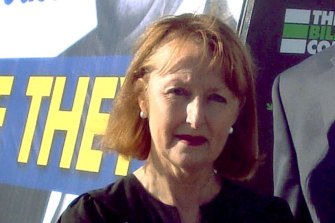 IBAC also heard on Thursday how Mr Woodman and Mr Staindl offered then still-serving Narre Warren South MP Judith Graley a job when she retired from Parliament at the 2018 poll. The offer had come at the same time Ms Graley was actively advocating for the Cranbourne West rezoning to the office of the Planning Minister.

Mr Tovey told the inquiry that it seemed there was "an expectation that Judith Graley would do what you wanted her to do". Ms Graley has not responded to repeated calls from The Age through 2020.

IBAC also heard recordings of Mr Woodman and Mr Staindl discussing a $20,000 donation to parliamentary hopeful Pauline Richards in a bid to win the seat of Cranbourne. They indicate Ms Richards had promised her support for the Cranbourne West rezoning and that Mr Woodman was confident she could resurrect it despite the negative newspaper articles.

"If anyone can get it across the line, she can," Mr Woodman said on the recording.

But Mr Tovey said that because of the publicity Mr Woodman was "kryptonite" and the rezoning was doomed.

In another recording, Mr Staindl told Mr Woodman how Ms Richards had been "enormously grateful" for Mr Woodman's donations and that she "felt really bad on your behalf", but that because of the controversy she could not intervene.

Mr Tovey said Ms Richards appeared to have a sense of "obligation" to Mr Woodman such "that she needed to apologise". He said that this sense of obligation appeared to be felt "at highest level" of government.

Through the public examinations, IBAC commissioner Robert Redlich, QC, has repeatedly highlighted the lack of transparency and accountability around lobbyists and political fundraising and the "privileged access" that donations and lobbyists give developers.

Mr Staindl is renowned for his access to MPs and ministers especially through the doling out of political donations from his clients – often developers. He was formerly the president of Labor fundraising body Progressive Business. The February dinner last year was a Progressive Business function. 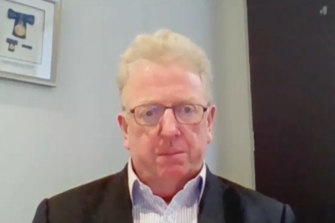 In 2018 Planning Minister Richard Wynne was on the cusp of approving a version of the Cranbourne West when The Sunday Age raised concerns about Mr Woodman’s influence at Casey and his donations to local state Labor MPs. Mr Wynne then deferred a decision until after the state poll and finally rejected the rezoning in April in the wake of initial Operation Sandon hearings that ran from November to March.

In June, The Age revealed that Mr Wynne had allowed the rezoning process to proceed against the repeated advice of his own department, including a warning about the involvement of the controversial Mr Woodman.

Mr Andrews has known both Mr Woodman and Mr Staindl for many years. Mr Woodman donated $2500 to Mr Andrews when he first ran for parliament in 2002 and had access to him as a "Platinum" member of Progressive Business and through meetings, including a small lunch in a private room at the upmarket Flower Drum restaurant.

When details of the alleged corruption of councillors were aired in November, Mr Staindl resigned as a lobbyist to Mr Woodman and his son Heath's development company Wolfdene.

“I was shocked by the revelations,” he told The Age, saying he thought Mr Woodman limited his payments to councillors and politicians to donations.