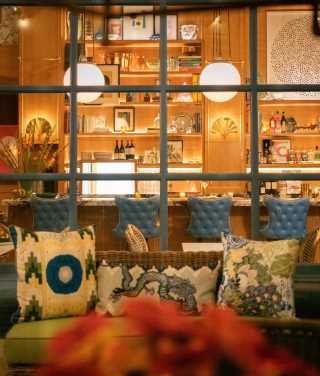 While California has set a date of June 15 to fully reopen its economy, things have already started heating up in the desert, where creatives including designer Jeremy Scott, Hollywood stylist Dave Thomas and RTH store owner Rene Holguin, have been in residence during the pandemic.

One of the hottest new restaurant projects, Bar Cecil, also opens this month from Old Navy alum Richard Crisman and his partner, hospitality vet Jeff Brock, who are behind the popular Palm Springs hotels The Sparrows Lodge and Holiday House.

“We never thought we would live in Palm Springs…,” said Crisman, former executive vice president of marketing for Old Navy. “Or open up a restaurant during a pandemic,” added Brock.

All of the Fashion at the 2021 BAFTA Awards

“He was a modern-day dandy — everything he did was visually exciting,” Crisman said of Beaton. “This was about creating something that feels fun and not snobby.”

Louis Vuitton’s 2016 cruise show and hometown design cheerleader Trina Turk aside, Palm Springs has not traditionally been known for fashion. But that may be changing with the arrival of new stores such as RTH from Ralph Lauren vet Holguin, and the growing enthusiasm for the desert maker community that prompted the Mojave Flea Trading Post to recently move into a 10,000-square-foot permanent brick-and-mortar space on Indian Canyon.

Since Crisman and Brock moved from the Bay Area to the midcentury mecca 10 years ago, they have noticed a shift. “It’s becoming a younger demographic and a more diverse vibe,” said Crisman, adding that designing the restaurant was the perfect pandemic activity. “It was great to be able to do what I do best which is to lie in bed and look at pictures of wallpaper.” 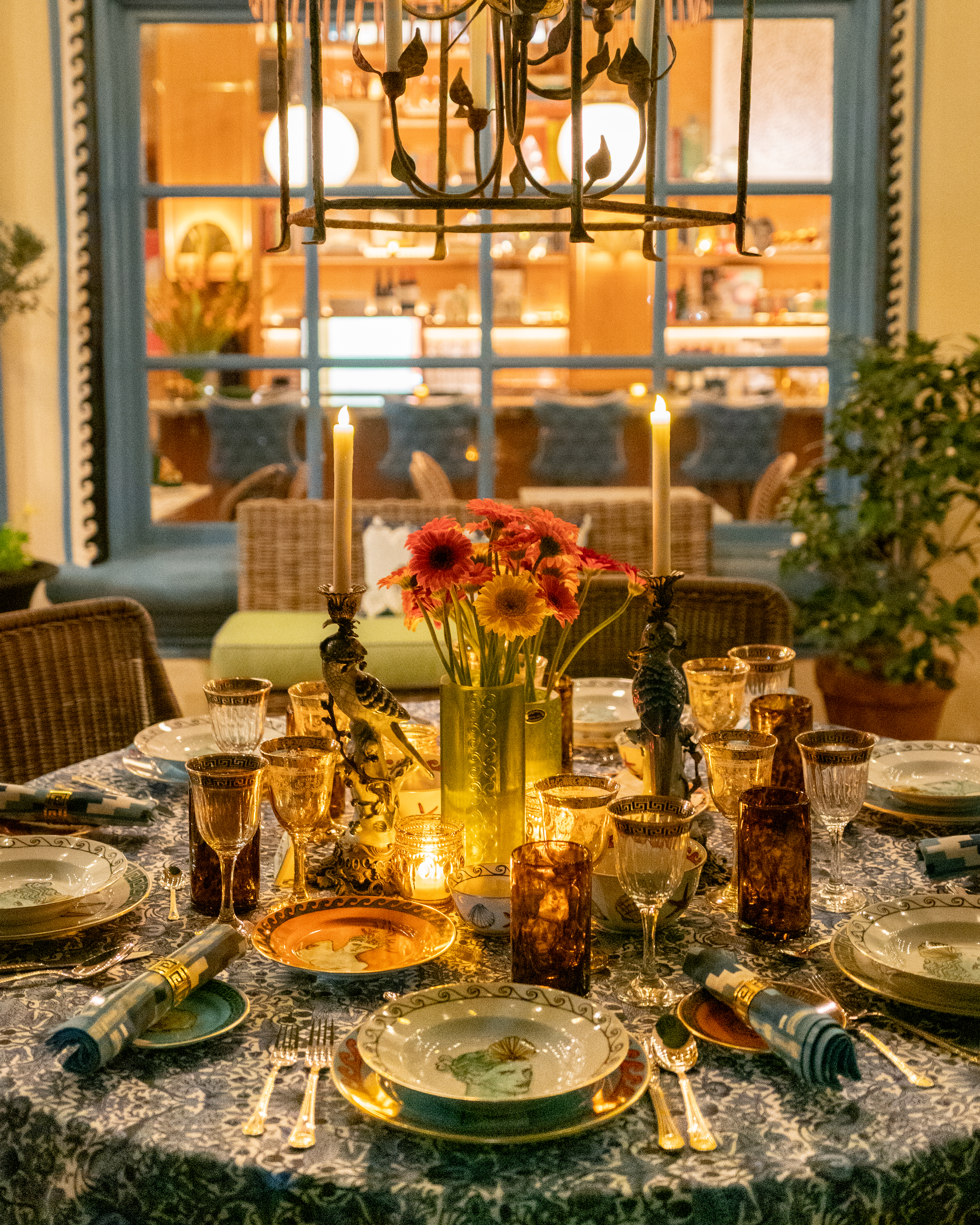 Customers can dine on steak frites, Gonestraw Farms roast chicken and other bistro staples by chef Gabe Woo, as well as more extravagant “Why not?” dishes, including a $95 Thomas Keller caviar service, The Fifty Dollar Martini served with a deviled egg, caviar and a house pickled onion, or the $1,600 Bubbles Devere Champagne for everyone in the place. (Bar Cecil was created in partnership with John Janulis, whose Lightning Bar Collective is behind some of Portland’s most popular bars, including Century, The Bye and Bye, Sweet Hereafter, Jackknife and Victoria, and the Villa Royale hotel in Palm Springs.)

Before Bar Cecil opened, the cool crowd was already lining the hallways, in the form of Beaton photos mixed with Greg Gorman snaps of Mick Jagger, Bette Midler, Nina Simone and more. “It’s a bit of that Studio 54 wink and a nod — we wanted to harken back to that time,” said Crisman, adding that he’s now seeing that spirit and energy coming to Palm Springs. “[Outerknown chief creative] John Moore has a house here, our good friend [designer] Todd Snyder shoots here all the time. I would think Bar Cecil would be a natural place they’d want to go drink and hang out.” 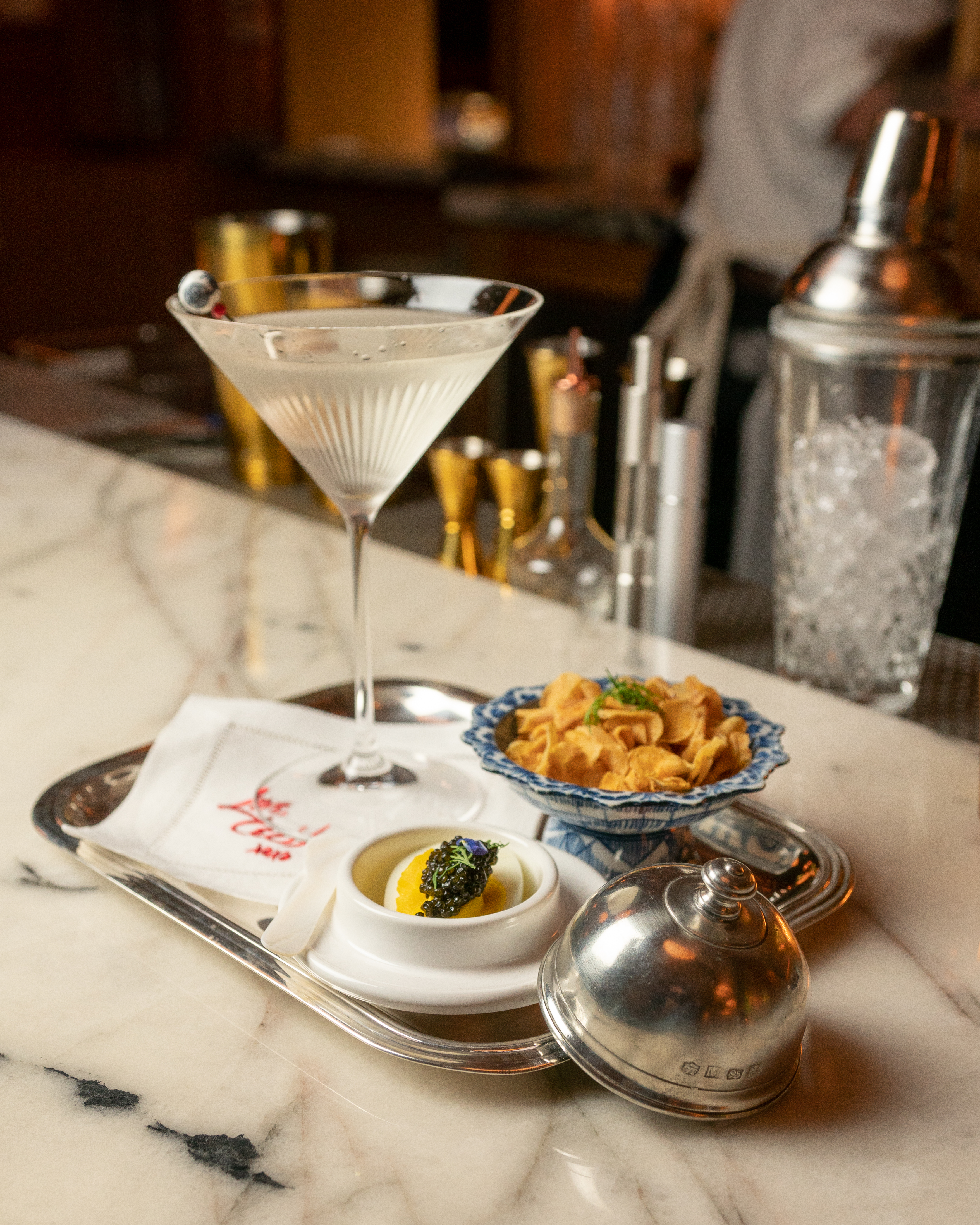 Crisman made his mark in the fashion industry in the 1990s, heading up marketing for Old Navy and helping the Gap sibling reach the $1 billion mark with offbeat campaigns featuring the Rockettes, Magic the Dog, fashion editor Carrie Donovan and more.

He and Brock bring the same approach to their hospitality investments, which also include Palm Springs’ Les Cactus and the Domenic Sicoli-designed WhiteWater hotel with a Scandi-Cal vibe in Cambria, Calif., along the central coast.

The unifying thread for their aesthetic eye is fun. “High-low can be a Damien Hirst next to a vintage glass, and Ralph Lauren wallpaper next to something from CB2 — our homes are that way, too. Approachable but not in a dumdum way, in a fashion way, and in a way that those who know, know,” said Crisman, acknowledging how much he learned about style from his mentor, Mickey Drexler. “People didn’t know who Carrie Donovan was, most of the country thought she was just a funny old lady with glasses. But we thought it was such a cool tie-in for this mall store.…That’s what we do well.”

“A passion for details that add up over an experience is another thing,” said Brock of the duo’s POV. “I’ve been picking lemons and grapefruits from our backyard and putting them on the tables at our hotels, and Richard is angst-ing over the little bowl of condoms we are going to have in the bathroom at Bar Cecil. It’s about things that put a smile on your face.” (Visitors to Holiday House get love beads and a welcome cocktail at check-in; at Sparrows House, they get a sage stick and s’mores at night.) “It’s curated but doesn’t feel curated,” he added.

While they are not actively looking for more projects, they’d never say never. “We love the hospitality business. When we opened Old Navy it felt like the hospitality business, the way we ran the stores and greeted you and made our motto ‘shopping is fun again.’ That’s what we’re trying to do in our businesses now,” said Crisman, before mentioning Joshua Tree. “The high desert would be a fun place to do something…There need to be a few other things for people to enjoy while they are up there.” 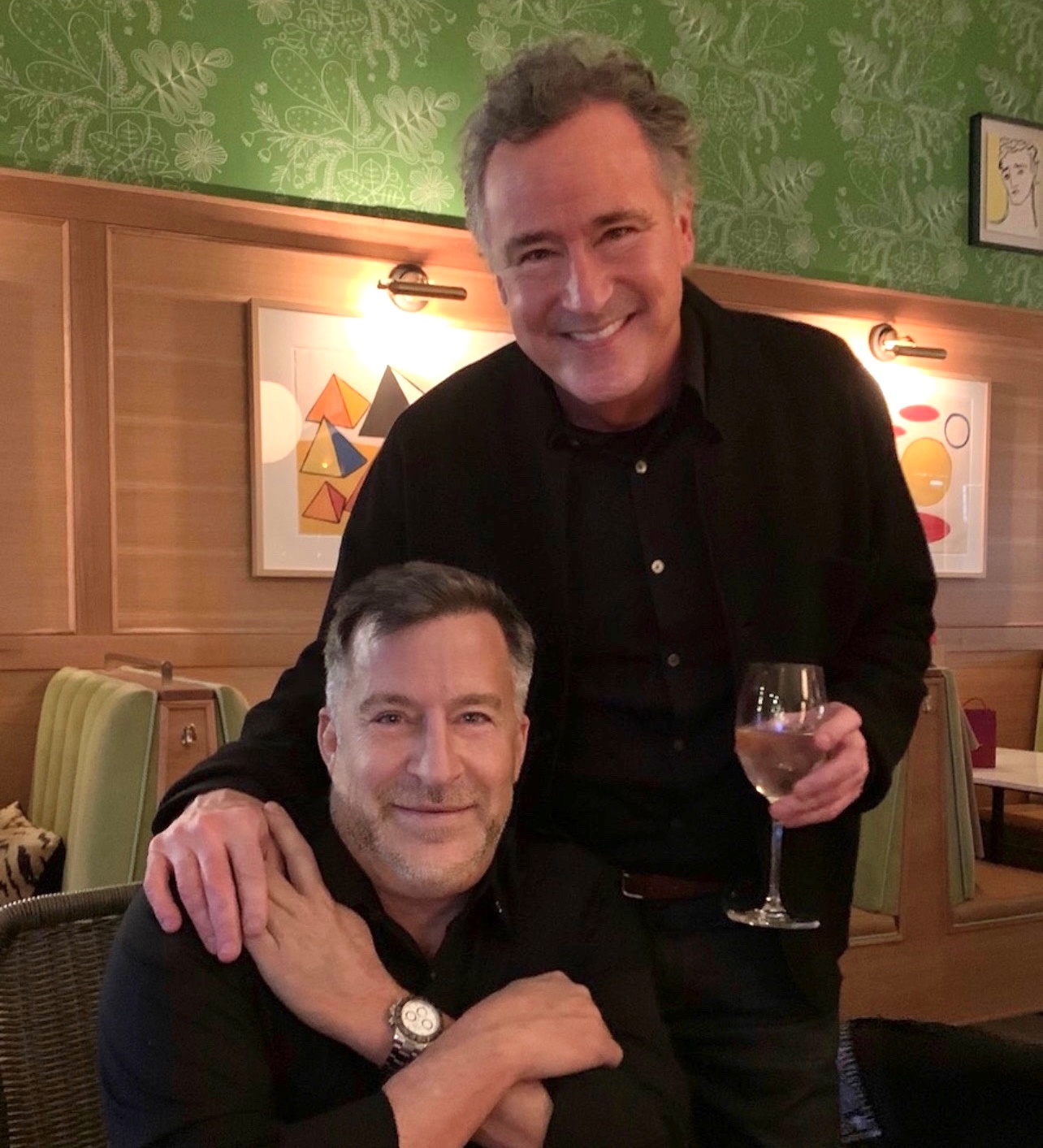