The new season kicked off with a full studio audience on its new Disney+ streaming home with a live, two-hour premiere Monday night.

The live premiere of “Dancing with the Stars” went pretty smoothly, all things considered, as the long-running reality show jumped ship from ABC to the Disney+ streaming platform. But behind the scenes, it looks like things have been a bit more hectic.

According to Deadline, the show has been hit with multiple cases of Covid, leading to a quick shift in how the show is being produced. Four different people have tested positive, with none of them part of the cast.

“All close contacts were notified and put on an increased testing cadence,” the spokesperson told the outlet, adding the good news that “no close contact of the four positive production employees has since tested positive.”

Nevertheless, as a precaution, most employees have started working from home and the entire set was disinfected. The Department of Public Health cleared the production to continue, “based on our strict safety protocols,” per the spokesperson.

16 celebrities took to the stage in the two-hour premiere, which saw new co-host, and former Mirrorball champion, Alfonso Ribeiro join Tyra Banks in the ballroom. 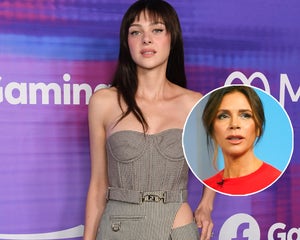 “Jersey Shore” star Vinny Guadagnino was by far the worst celeb of the night, but his fanbase kept him in the competition.

Instead, it was “Sex and the City” star Jason Lewis, only marginally better than Vinny, who was saved by the judges after landing in the Bottom 2 with equally disappointing Teresa Giudice.

On Monday night, the show must go on as the remaining 15 couples perform to the music of the King of Rock and Roll himself, Elvis Presley. New episodes stream live at 8 p.m. ET on Disney+, but are obviously also available for streaming after that, as well.