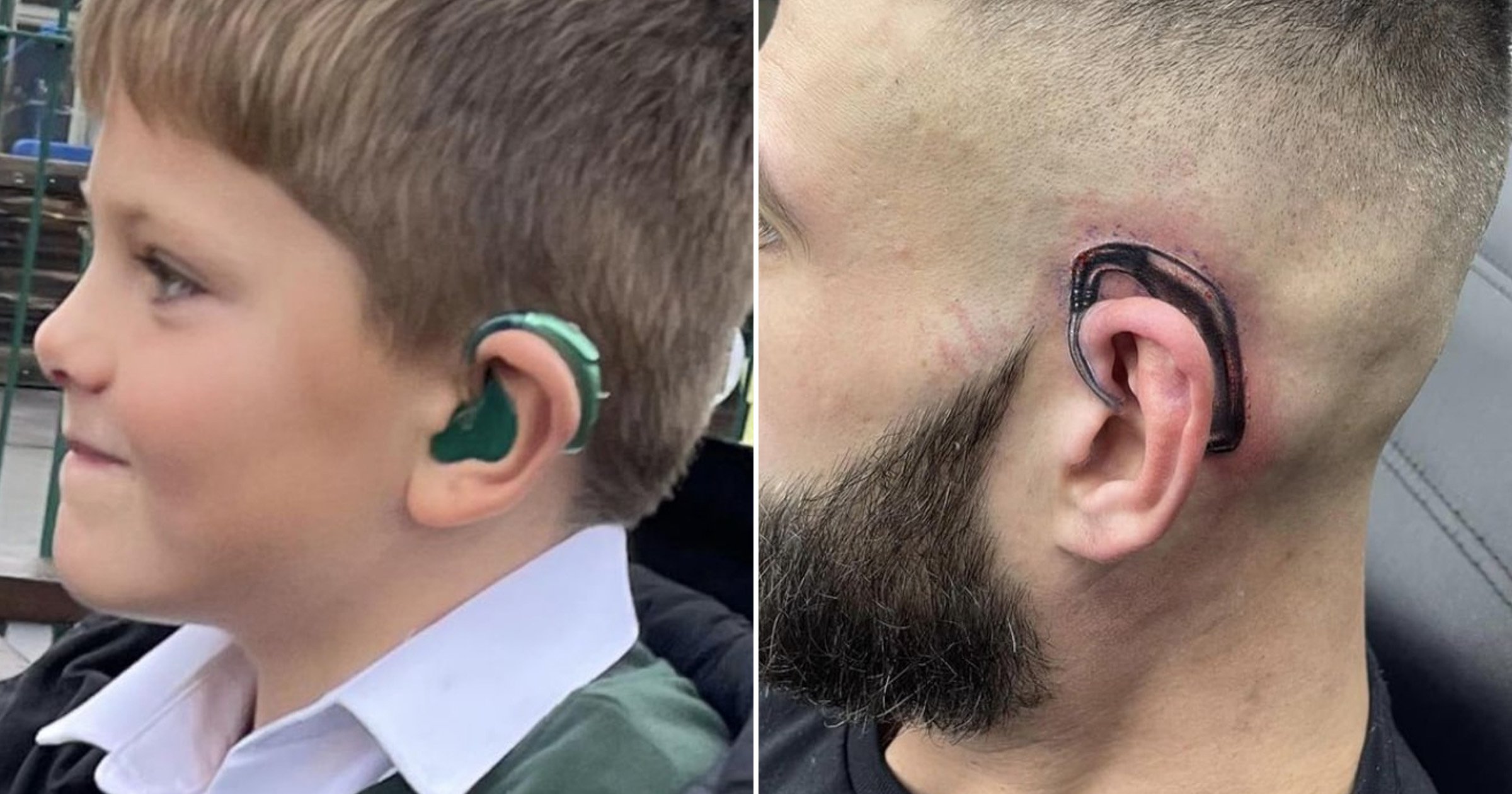 A dad has had a hearing aid inked on his head in support of his seven-year-old son, who was born with partial hearing loss.

Brad Russell’s, son, Jesse, wears a hearing aid due to being born with hearing difficulties.

A few years ago, he promised the youngster that he would get the tattoo so he could ‘join him for life’.

When Brad, 31, finally revealed the piece, which sits on and above his left ear, Jesse was said to be ‘shocked’ but ‘so happy’ that Brad had kept his word.

Brad said: ‘Jesse had partial hearing loss from birth – but he never lets it bother him. He’s always smiling.

‘He’s asked me every couple of weeks for the last few years: “How long until the hearing aid comes?” 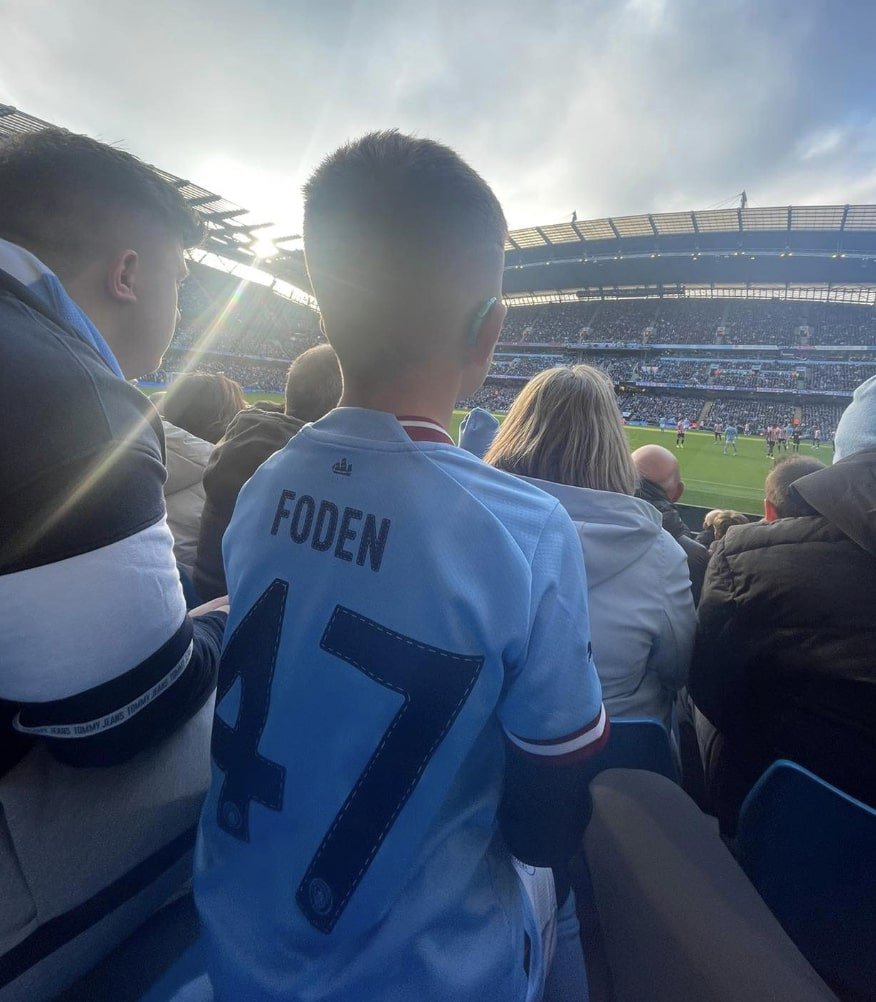 ‘I decided to get the tattoo so I could have one for life – the same as him.

Football fanatic Jesse, who lives in Walsall, is a massive Manchester City fan and often travels with his dad to the Etihad Stadium to watch his heroes Jack Grealish and Phil Foden play.

‘He loves Man City. Jack Grealish and Phil Foden are his favourite players. We’ve been to the Etihad a few times to try and meet them but had no luck.

The pair have attempted to meet the England sensations a few times, but so far, they have had ‘no luck’. Brad says that he would ‘love’ for someone at City to see his son’s story and claims it would make Jesse’s ‘life complete’.

The proud dad described Jesse as the ‘most pleasant little lad in the world’ and said he has ‘never moaned once’ about having to wear his hearing aids.

Brad added: ‘He’s my left arm. I couldn’t be more proud of him.’