Australia’s cultural institutions are in a state of disrepair and will take years to recover, according to Labor’s Arts Minister Tony Burke.

In an interview with The Age and The Sydney Morning Herald in which he addressed a range of issues including the need for Australian content quotas for the streamers, the previous government’s lack of support for the local film industry while throwing incentives at Hollywood, and the stacking of cultural boards with political appointees, Burke said the damage was substantial and would take years to undo. 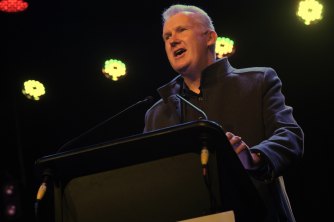 The Morrison government operated on the principle of providing funding to cultural institutions only when “everything was falling apart,” he said.

“It took a massive number of leaks in the National Gallery before it got funding. It took for some of the records at the Australian Archives to be physically dissolving before extra funding was provided. For a political brand that calls itself conservatives, they weren’t interested in conserving much.”

Burke said he had met with “every collecting institution” already and encouraged them to make direct submissions to the Creative Australia cultural policy review that would frame Labor’s approach to regulation and support of the arts.

Some changes, such as quotas, could be made without great cost to the government, he said, but others would need to be fought for in upcoming budget discussions. 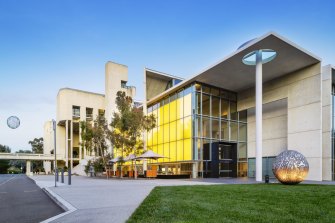 The National Gallery in Canberra: a recent report claimed the building needs $87 million worth of urgent repairs, but only $20 million has been funded.

“The reality is you can’t turn a decade of neglect around in a couple of years,” he said. “We’ve got all the budgetary pressures we have and the institutions, while their collections remain magnificent, have infrastructure around them that’s seriously run down. It’s going to be hard. I don’t think there’s any other way of describing it.”

Claiming he had first raised the need for regulation of programming delivered via the internet in 2013 (when it was still known as Internet Protocol Television), Burke flagged the likelihood that the 5 per cent Australian content requirement for the streaming platforms proposed by the last government would be scrapped.

“The longer we’ve left it the harder it becomes,” he said. “I do support quotas for streamers … I view the 5 per cent proposal as too little too late, but exactly where we land is a decision not yet taken.”

Noting that the outgoing government had made a raft of appointments, many with strong Liberal Party links, to the boards of cultural institutions in its final months, Burke ruled out a wholesale spill of positions as is being considered by Attorney-General Mark Dreyfus for the Administrative Appeals Tribunal.

“It’s not my starting point,” he said. “If what we’re trying to establish is long-term institutions, you’ve got to be very careful of legislative processes to wind them up and start again.”

He said that position had been made easier to hold by the fact “three or four” appointees “have been really honourable, and even without me asking have put forward resignations for themselves to give me the chance to make decisions”.

“I’m very respectful and impressed by the people who have done that,” Burke added. “Obviously, not all of them have.”

He said there are broader issues with the constitution of the boards of some of our national cultural institutions, which he described as “the custodians of Australian stories”. 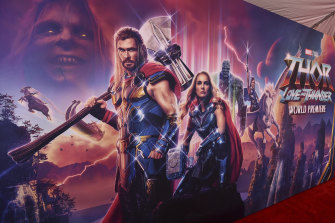 Hollywood films are all well and good, but they rarely tell Australian stories – or even stories from this planet.Credit:Jordan Strauss

Burke said he supported the Location Incentive Fund for the film industry introduced by the Turnbull government and expanded under Morrison to attract Hollywood productions to Australia, but said more needed to be done to encourage and support the telling of Australian stories on screen.

“One of the great lost opportunities of the last few years was that the previous government was willing to throw a whole lot of money at Hollywood productions at the exact same time that it was cutting effective regulatory means of support for Australian productions,” he said, citing the proposed halving of Foxtel’s Australian drama obligation.

Burke said he welcomed Hollywood productions and the jobs they bring, “but we can’t pretend that’s job done for the Australian film industry … the stories they tell are rarely Australian stories.