My heart sinks every time a newscaster says: ‘And now, we go to the town of Market Snodbury to find out what people think of the latest on Brexit.’

For the next five minutes, I know I’m going to have listen to bores I’d take pains to avoid if I spotted them coming my way in a pub or on a high street. Where do they find them?

By now, the citizens of the quaint old market town of High Dudgeon have grown accustomed to being quizzed about their views on Brexit by reporters from all the main TV and radio channels. I decided to pop along myself to find out what they make of all this attention. 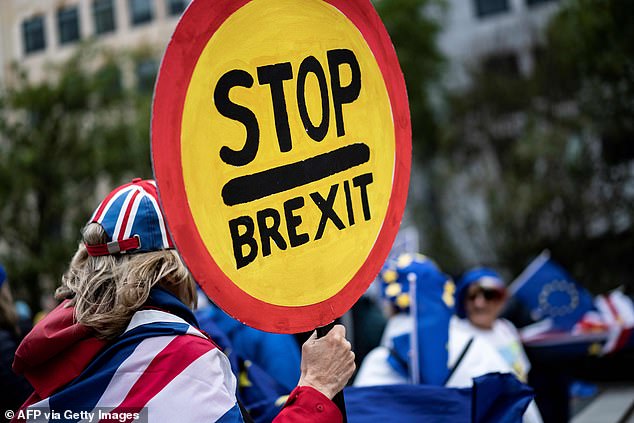 My heart sinks every time a newscaster says: ‘And now, we go to the town of Market Snodbury to find out what people think of the latest on Brexit,’ writes CRAIG BROWN (stock image)

‘We had that Gary Gibbon from Channel 4 here yesterday,’ said Scott Chegg, 62, sitting in the bar of the Bowls’ Club. ‘I told him I can’t help you — I’m already booked to appear with Kirsty Wark of Newsnight, and then I’ve promised to deliver an update on my opinions to a young man from LBC.’

In the old town pub, The War Horse, most of the tables are taken up with groups of four being pressed for their opinions on the latest news from Westminster.

‘We’ve had to open up the garden to accommodate a further six interviewers,’ says the landlord. ‘Mind you, can’t complain. If they weren’t giving their opinions to the interviewers, they’d be forcing me to listen to them.’

‘We offer ourselves as a package deal,’ one told me. ‘We’re popular with producers because a) we always stick to cliches and b) we’re a complete cross-section.’

‘That’s right,’ agreed Arthur Daley, an executive in the motor trade. ‘They love us because we promise to say “Seventeen point four million”, “No one ever voted for No Deal”, “Brexit means Brexit”, “Those of us who live in the real world”, “Time we moved on” and “Absolute disgrace”.

‘Once we’ve ticked all those boxes, they can pack up and move on.’

Over the past few years, television producers have worked out that sending a camera crew to the Dudgeons to film disgruntled townsfolk is so much easier than trying to find experts, or ‘so-called experts’, as they are now known. 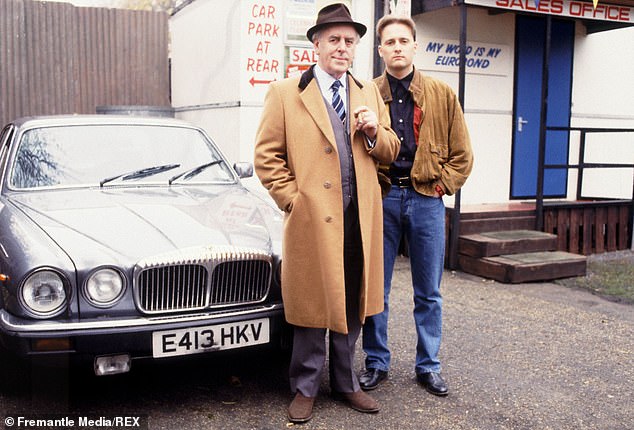 Arthur Daley, an executive in the motor trade, said: ‘They love us because we promise to say “Seventeen point four million”, “No one ever voted for No Deal”, “Brexit means Brexit”, “Those of us who live in the real world”, “Time we moved on” and “Absolute disgrace”,’ writes CRAIG BROWN. Pictured: Character Arthur Daley (left) in an episode of Minder

But crisis hit the town of Low Dudgeon last week, when the supply of sick and tired locals ran dry.

‘Over the past few years, we’d filmed every single citizen of Low Dudgeon seven times over, sounding off about everything from the Conservative leadership contest to the Norway Option,’ complains TV current affairs producer Greg Slick. ‘The trouble is, they were forced to trot out their opinions so often that even they were sick to death of them.

‘Some had even switched from Remain to Brexit and back again, just to keep themselves fresh. So we were obliged to employ an agency to supply us with professional actors who specialised in trotting out tired old opinions.’

Accordingly, they sent a message to the neighbouring town of Peevish, twinned with Pique, where there is such high demand for round-table panel discussions that a local entrepreneur has formed Brexit Or Remain Enterprises (BORE), which puts worldwide media organisations in touch with disgruntled ordinary folk who enjoy sounding off.

Chief executive Geoff Slippery says: ‘We make it clear that experts, or people who know anything about the subject, need not apply. Nor do we want anyone with an original opinion because then they’re not respresentative, are they?

‘In fact, we only need people who are happy to nurse a grievance and can be trusted to say any or all of the following ten cliches:

2: ‘Only in it for themselves’