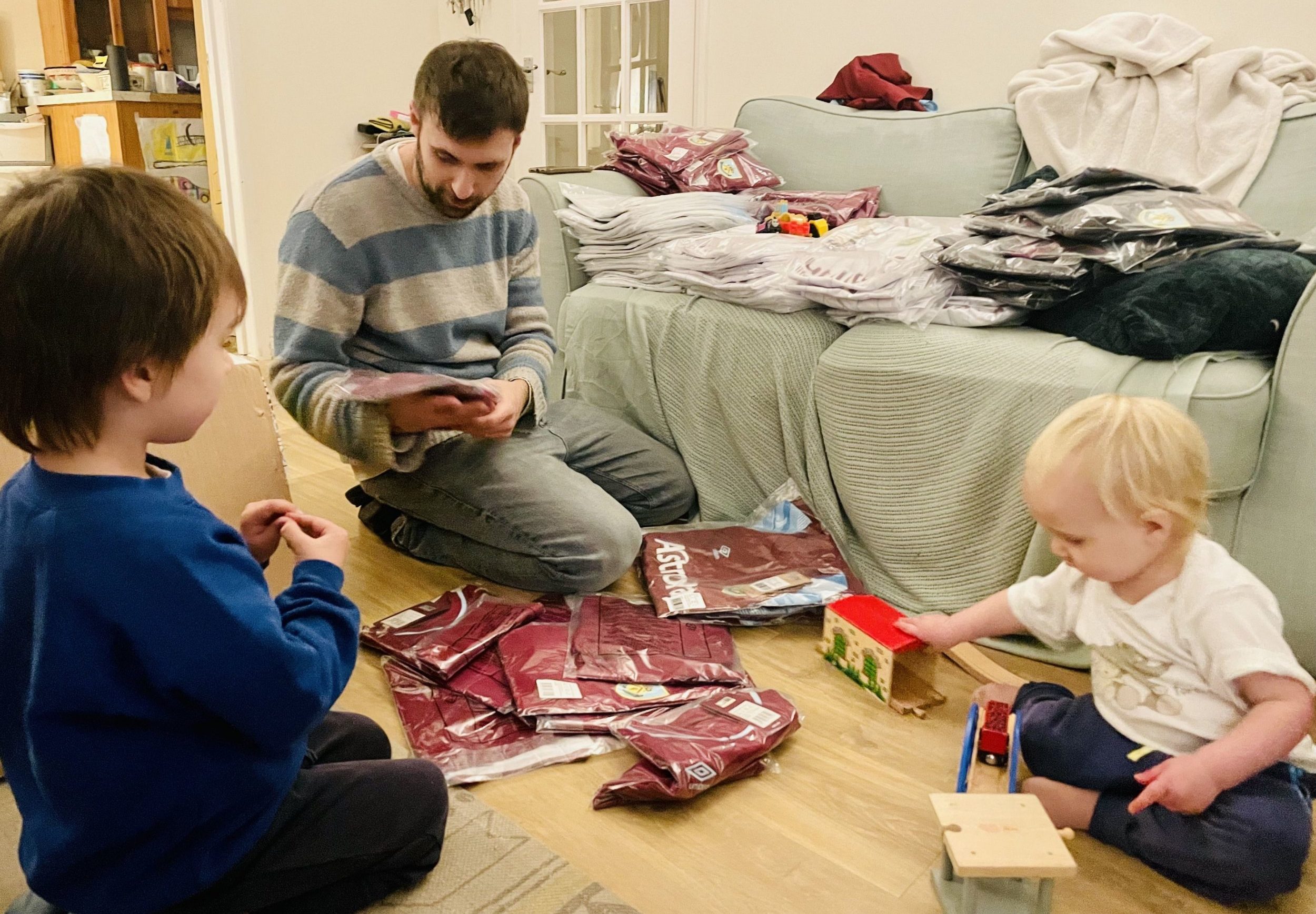 Paul and Lizzie Watson are hoping to give 2,000 football shirts to children who otherwise may not receive a Christmas present this year.

The couple, both 38, have raised more than £8,600 so far for ‘Kitmas’ – an initiative aimed at distributing shirts to schools, community centres and food banks around the UK.

Paul and Lizzie – who share two sons together: five-year-old Luca and 18-month-old Benji – started the campaign back in 2020, when they organised 1,000 shirts – a figure which increased to 2,000 last year.

The couple, from Stroud, Gloucestershire, say they hope the project gives children ‘a sense of identity.’

Paul said: ‘Growing up, we didn’t always get a football shirt – it was like the pinnacle of a present – but if you did, it was like that was your Christmas made, I still remember what that felt like.

‘And I think what’s so sad now is that most families cannot buy football shirts for their children because the cost is so ridiculous. It’s a way of football saying: ‘This isn’t for you’.

‘But more than anything else, (getting a shirt) is like a sense of identity – it’s a sense that you are part of something, and that’s what football is.

The pair hope their Kitmas initiative will help reduce ‘pressure on the parents’ amid the cost of living crisis.

Paul added: ‘We’re not going to be able to pay people’s heating bills, there’s other amazing people out there doing stuff like that.

‘But what we can do is send some football shirts. (We are) just doing what is possible.’

Their initiative is even celebrity-backed, with James Corden recently donating £2,000 – a figure which will fund at least 100 shirts.

Kitmas, which is also supported by the donation of shirts as well as money to buy them, has also inspired other groups to do their own ‘spin-offs’ – including clubs such as Cheltenham Town and Frome Town.

There’s even been a Kitmas set up by Goal Diggers FC, a non-profit club making football more available to all women and non-binary people in east London.

‘It is so cool to see people taking this and running with it, particularly when it is making football more accessible to little girls,’ said PR manager and stand up comedian Vix Leyton.