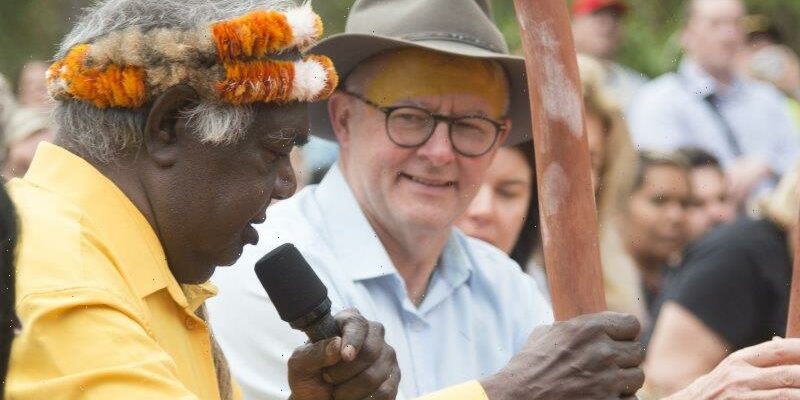 Constitutional experts have rejected claims the proposed Indigenous Voice would be able to veto the decisions of the parliament or open the government up to legal challenges in the High Court.

The arguments, advanced by former prime minister Tony Abbott and shared by some in conservative ranks, are an early sign of the challenge facing supporters of the Voice, as critics also seize on the lack of detail about how the body would operate. 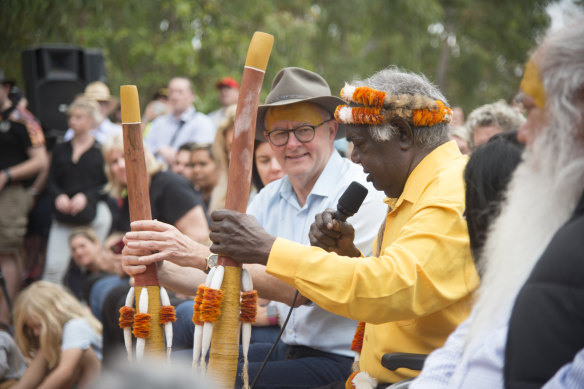 Prime Minister Anthony Albanese at the Garma festival in East Arnhem Land in July, where he outlined three sentences that could be added to the Constitution to establish the Voice if a referendum succeeded. Credit:AAP

Abbott, who led the “no” case against the 1999 republic referendum, has emerged as one of the chief opponents of enshrining the Voice in the Constitution, arguing it is “wrong in principle”, would have “something approaching a veto” over the decisions of parliament and “leaves government action more open to legal challenge”.

But constitutional lawyer Greg Craven, a former vice chancellor of Australian Catholic University and a key conservative figure in favour of the Voice, dismissed Abbott’s characterisations as an “eccentric legal view”, saying the amendments to create the body amounted to a “conservative insertion into a conservative Constitution”.

“There is no veto power. There is no capacity for the Voice to amend or stop legislation. There is nothing for the High Court to enforce, and the Voice was specifically designed in that way,” said Craven, a co-director of Uphold & Recognise, which advocates for constitutional recognition of Indigenous Australians.

“It is utter and irresponsible nonsense to suggest that the amendment would produce legal challenges. The Voice would facilitate a public conversation, not set up legal roadblocks.”

At last month’s Garma cultural festival, Prime Minister Anthony Albanese outlined three sentences that could be added to the Constitution to establish the Voice if a referendum succeeded. He has since clarified that parliament will debate what form the body would take before a national vote, which the government has indicated it would like to hold before the 2025 election.

The first sentence proposes to enshrine a body to be called the Aboriginal and Torres Strait Islander Voice; the second sets out its ability to “make representations to parliament and the executive government” on matters relating to Indigenous Australians; and the third empowers parliament to make laws on how the Voice would be created and function.

University of Sydney constitutional law professor Anne Twomey said it was “bizarre” and “constitutionally wrong” to suggest the amendments would give the Voice legislative power, which is vested in the parliament by section one of the Constitution.

“This attempt to try and talk it up into a third house of parliament again is, and always was, nonsense. All it can do is make representations,” Twomey said.

The only way the Voice could end up with a power of veto was if politicians were to consider themselves obliged to comply with its advice, she said, but nothing about the constitutional amendment gave it this power or required parliament to submit to its recommendations.

“It’s up to parliament to decide how this body is comprised and what its powers and functions are,” Twomey said.

Writing in The Australian newspaper last week, Abbott argued the Voice would complicate the legislative process and “invite judicial interventions on how much weight might be given to the view of the Voice versus that of the parliament”.

There is emerging discord within Coalition ranks over how the Voice would work, with Northern Territory senator Jacinta Nampijinpa Price a leading internal critic. Opposition Leader Peter Dutton reaffirmed on Thursday that he had “an open mind” on the Voice, but also flagged concerns the constitutional change would give rise to High Court interpretations.

Twomey said the narrow drafting of the amendment to specify that the Voice might only “make representations” would make it “exceedingly difficult” for a future court to interpret as requiring the government to order parliament to give effect to these representations.

Professor Cheryl Saunders, a constitutional law expert from Melbourne University, also backed this view, saying: “There clearly has been an effort to try and find the right sort of wording that captures the idea of advice or recommendation without making it mandatory for it to be adopted.”

While acknowledging few other legal academics share his view, University of Queensland law professor James Allan believes the Voice would create “licence for judicial activism” and set up a “defacto veto” power because politicians would be reluctant to ignore its advice.

“I don’t know how you can guarantee that this isn’t going to lead to judicial activism. Once you constitutionalise it, it has a lot of status,” he said.